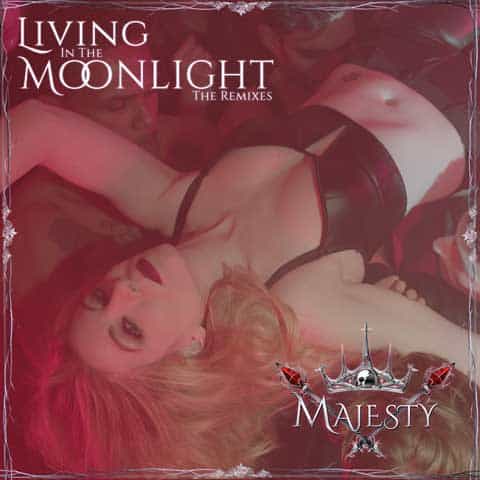 Majesty Ignites Dance Floor Revolution with ‘Living In The Moonlight’

“Living In The Moonlight” Remixes EP will be released by Dauman Music/Big Deal/Sony/Red and features remixes by DJ Lynn Wood, Dan De Leon and more.

“Living in the Moonlight”  is about having the courage to live life unhinged as your true self,” Majesty says, “that’s where the revolution begins, and what better place than the dance floor, darling?”

“The song is saying, ‘OK, when the lights go out, who are you? It’s about shedding your outer skin, waking yourself up – and not being someone else just because people think you’re supposed to be that way. I’m excited that people will enjoy dancing to it, but I want them to go deeper with it.”

The Brooklyn native, wrestled with a few different stage names and personas before presenting her artistic voice and vision as Majesty. Growing up, she found that classic Disney films and songs provided an exciting escape into a delightful fantasy world, and her Majesty image draws directly on the Evil Queen in Snow White and the Seven Dwarfs.