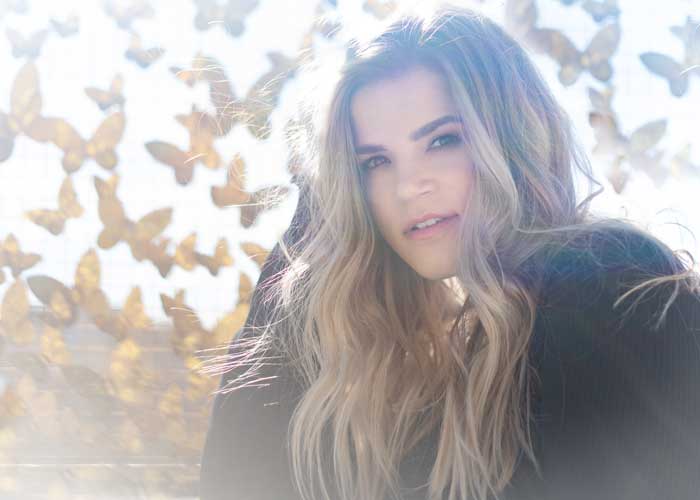 Nashville, TN February 25, 2021 – Emerging country-pop artist Macy Martin just revealed a new video for her latest single “Stupid” this week, debuting exclusively with The Boot who described the “carefree, mid tempo-love song” as having “a colorful music video to match.”

Filmed in Nashville, the dream-scape scene takes place over the course of a fairy tale date before Macy wakes by her open book at the park with a phone call from her boyfriend. Explaining the song she says, “It’s about letting go of all the ideas of what ‘love’ is supposed to be and just following your own rabbit hole into the wonderland of it all. Even if it means you go a little mad, falling in love makes us all a little stupid.” Adding, “I hope ‘Stupid’ reminds people that it’s okay to be dumb and blind in love.”

Earlier this month, the Nashville-based emerging artist released a surprise track called “Strange Times” which has been gaining in streams given its timely release. Martin was inspired to record it over the winter break.

Martin celebrated 2020 quarantine graduation last summer with a pair of releases including the current single “Stupid,” along with the poignant track “Enough,” which she calls “an open love letter to yourself, reminding you that you’re loved, and are, in fact, enough just as you are.” The double release followed Martin’s first No. 1 radio hit “I Miss You” (co-written by Carly Pearce, Nathan Spicer and April Geesbright) which hit the top of the Radio Disney Country chart.

Originally from Texas, Macy Martin has lived in Nashville the past four years while she earned her music business degree from Belmont University. A recent 2020 graduate, Martin has impressively built her music career at the same time as earning her degree, focusing on developing her vocals and working on her song craft. Landing her first No.1 hit with “I Miss You” on Radio Disney Country, she released two follow up tracks to introduce herself to the country-pop world. A big contributor to her career is accomplished songwriter and producer Dave Pittenger (Jessie James Decker, Tyler Farr), who Martin also considers a mentor, produced “I Miss You.” Latest tracks “Enough” and “Stupid” were produced by the talented Garen Gueyikian out of LA. While Martin’s music is composed of stories of young love and self-discovery, they follow her real-life themes of growing confidence and expressing a stronger point of view. Showcasing both of her country and pop influences; this new collection leans into Martin’s unique pop aesthetic while displaying her strong country roots vocally and instrumentally.