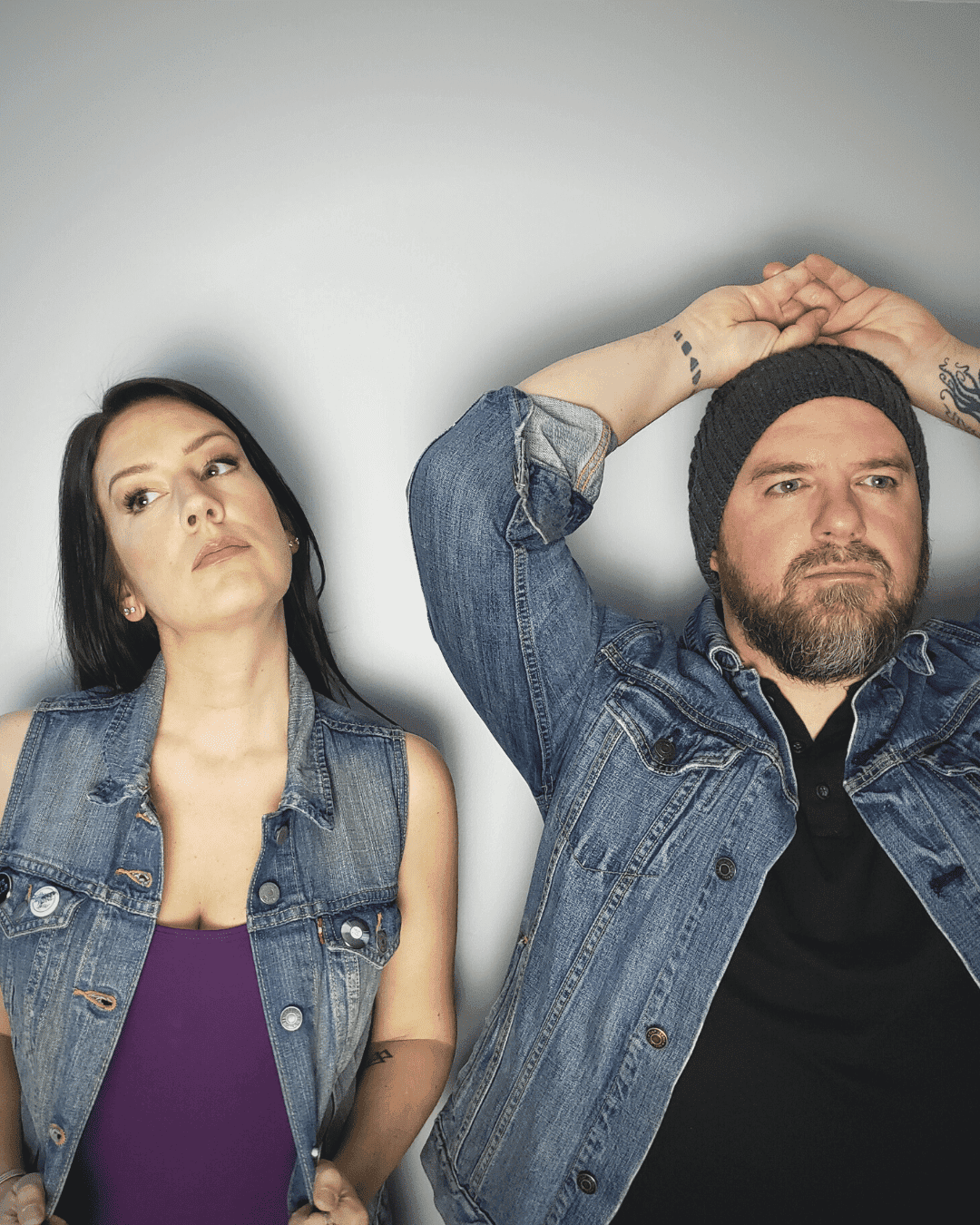 The rising alt-rock duo Lonely Little Kitsch from Niagara, Canada made the most out of their quarantine. Kristen Goetz and Nolan Jodes spent a lot of time playing around in their music room, creating songs together. What started as a way to pass the time, it soon became a more serious project as fully formed songs took shape. The ease of making music together was hard to ignore, and it evolved into an alternative rock project without boundaries or expectations.

You may be familiar with Kris and Nolan’s work from their music site From the Strait, as well as music PR and marketing through FTS PR. They’ve also just launched their indie record label, Swear Word Records.

Lonely Little Kitsch recently released their new grungey alt-rock single “The New Scene.” The heavy and crunchy guitar and energetic melody reveal a similarity to the likes of Paramore meets Alice in Chains. The song takes a deep dive into the inauthenticity of social media and “trend jumpers,” people who try to appeal to new groups of people over and over.

“Lyrically, it’s pretty straightforward- it outlines a person bandwagon jumping again and again, immersing themselves into whatever new scene they think will gain them the most favour, or following,” shares Kristen. “It’s all about optics, and the false belief that the public is always interested in their new personas.”

Nolan adds, “Musically speaking ‘The New Scene’ is a buzzsaw. Moving forward – one speed, no stops. There’s no reason to complicate things. We wanted to write a big ol’ rock song to get people moving  – and I think the frenetic guitar paired with Kris’ wonderful melody we were able to (hopefully) do that.”

4 Most Common House Problems To Know Before Buying
Next Article