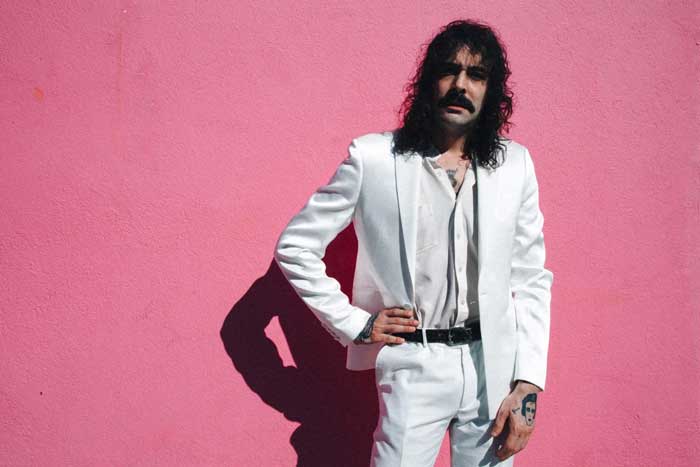 Brazilian indie-pop artist, Libra, released his dreamy new single “Flakey Town (featuring Elyse Cizek).” Libra frontman, Zeh Monstro, uses spicy melodies to share how overwhelming and disorienting a major city like Los Angeles can feel. Fellow Los Angeles musician Elyse Cizek makes an appearance on the single, and the harmonies between her and Monstro’s voice are the driving force of the track. The vocals, the classic indie guitar riffs, the use of an 80’s synth, and Sylvain Carton’s soulful saxophone addition make for a unique indie sound that feels as if summer may be starting a little earlier this year.

“Since I moved to LA, I have been inspired by the relationships born out of living in a fast-paced city,” explains Monstro. “With ‘Flakey Town,’ I am trying to speak to a universal struggle many people in big cities experience, whether that city is Los Angeles, NY, Paris, or my home São Paulo. In addition, quarantine and the relative isolation that comes with it shines a light on the true nature of the fragile social connections we all have, and I think many people will relate the experience of learning about the true nature of their friendships and relationships during these lonely times.”

After uprooting his life in São Paulo, Brazil and moving to Los Angeles, Zeh Monstro expresses his out-of-place feelings and reflects on his experiences after moving to a new city. “Flakey Town” highlights the struggle of finding yourself in an unknown place and the relatable disconnection many people feel. The breezy new single delivers serene vocals and a mesmerizing groove, while drawing on influences such as David Bowie, Sade, The Strokes, Lana Del Rey, and Metronomy with Brazilian Bossa Nova. The vibey and introspective track fuses Libra’s blend of pop, rock, and indie elements to culminate his unique style and sound. Give it a listen and add it to your playlists.