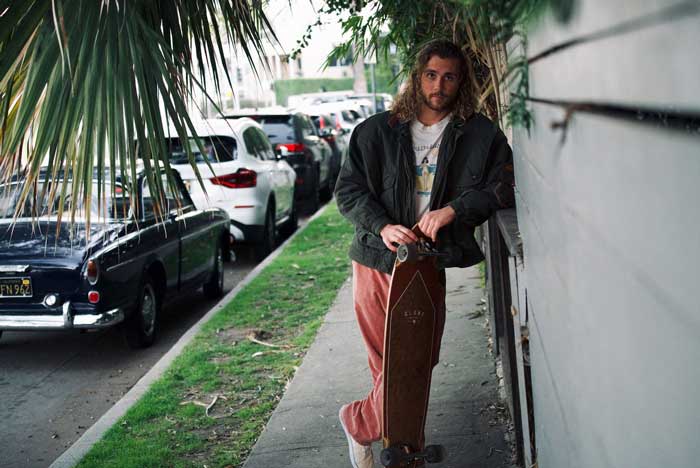 Pop artist Liam Mogan, released his new single and video “Alone in the City,” a vivid story of finding the best things in life through your surroundings. This single demonstrates how exploring alone can be a euphoric experience. “Alone in the City” is now available for streaming and download on digital music platforms worldwide.

Liam Mogan’s “Alone in the City” illustrates the gentle feeling of adventure by painting a picture through his lyrics. The pulse of the beat is felt through the track accompanied by the soft melodies embodying the California scenery. “There’s something about being able to see the lights of the city without being seen yourself, getting the pier all to yourself, and driving PCH and Mulholland off-hours,” explains Mogan. He describes the therapeutic attributes of self-discovery while taking what feels like a personal tour of an empty Los Angeles due to the COVID crisis. “I get a special feeling that makes me slow down and think about things that I don’t have time to think about during the day.” This euphoric hit was produced by Taylor Sparks and co-written by Liam Mogan, Dylan Rouda, and Taylor Sparks.

When Liam Mogan is not making waves in the Los Angeles music scene, he is catching waves in Malibu or riding his rescue horse, Tulsa – two passions of his that have affectionately dubbed him as the Surfing Cowboy. Working construction during the day and making music at night brings a humbled candor to the industry. Early on in life, he was inspired by the melodies and raw, honest songwriting of artists such as The Beach Boys, Alan Jackson, and Hank Williams. Mogan has played on stages across California and is accompanied in the studio by premier producers and songwriters from Capital, Sony, and Universal.

“Alone in the City” sparks a nostalgic adventurous bliss found through the alone time spent with a city. Life can seem perfect when you stop and embrace your surroundings.