by Susan Mac Nicol
in Columns, Points of Sue
Reading Time: 6 mins read
A A
0 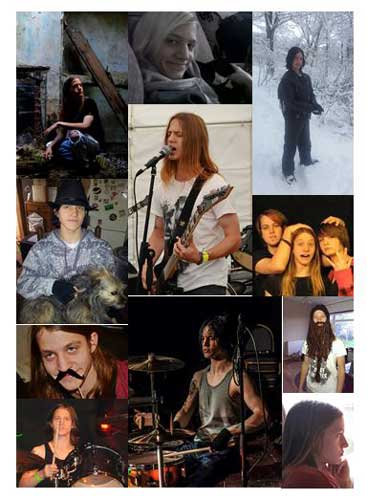 This is a rather long post for my column, but one that’s worth every word. I’d love you to stay until the end.

I had the pleasure recently of meeting a woman called Gennie Powell who has what I think is a remarkable family.  The story we feature today is heart breaking but is one of real human interest, compassion and perseverance. It’s the love of a family for their son and of a son for his passion to make a difference and make music. You might be saying what’s different about this story that it needs a feature like this…read on and all shall be made clear. You can’t fail to be moved by this account.

This is Corran ‘Coz’ Powell

Coz was 21 when he was killed in a car crash last year on December 7th. It happened in a village close to me- Gosfield in Essex -and I remember reading about the incident in the newspaper. If you are a parent, the story strikes a chord. Losing a child is the worst thing a parent can face in my opinion.

Coz Powell and his friend James, who also died in the crash, were driving in Coz’ car when someone crashed into them. The driver of the other car, David Bradley, was deemed at fault for the crash, and lost his life as well – but not before claiming two young innocent lives in a moment of carelessness and excess. The woman in the car with Mr. Bradley survived and was arrested subsequent to the crash.

Coz succumbed to his injuries after a week in a coma. The picture below is heart breaking.

His death was tragic but out of it, there are some positives, not for Coz but perhaps for future generations and certainly certain individuals in particular.

He was an organ donor- so Coz’ liver and kidneys were donated, and his heart enabled valuable research at Papworth Hospital  to be completed, enabling Europe’s first non-beating heart transplant carried out in France.

You can read more about this here

Below is a link to a video that was made from footage taken at CodJam on 20th June, a private festival Coz’ family hosted to celebrate Coz and James’ lives.  They presented Carnelian hearts to two of the Addenbrooke’s nurses who were there, as a token of their thanks and later presented another fourteen to other doctors  and staff. There are four left to send to the Papworth research team.

When Gennie heard I was interested in sharing their story on Divine, she wrote this moving account of her son for me.

I am really moved by your kind offer to help publicise the campaign in your magazine. I also feel that a LGBT magazine is an especially appropriate platform.

Cozzie was brought up to accept people as he found them. As parents, we have always tried to help our children celebrate the fact that human beings are all different and individual. When he was about 5, we had a lesbian friend (I shall call her Sally) working for us. They were great friends. One day we bumped into Sally and her partner (I shall call her Joy) sharing a romantic kiss as they waited for a bus. We stopped to chat to them until their bus arrived. Throughout the encounter, Coz looked puzzled and when we got back in the car he asked, ‘Is Sally a girl?

Not wanting to push anything on him I just said ‘Yes.’ He then asked if Joy was a girl too and when I confirmed it he said ‘Are they married?’ (this was about 1998) I replied with ‘No darling, two ladies or two men aren’t allowed to get married but they do love each other and that’s really all that matters isn’t it?’ He responded with ‘Oh! Yes.’ and said no more. His relationship with Sally didn’t change and he grew up to be one of the most accepting individuals I have ever encountered.

I have told you this story so that you can see how proud he would be to have your magazine support him. If he liked you, he didn’t care what your sexual preference was, where you came from, what your religion was, what colour your skin. Coz liked people for who they were as human beings. He was often moved to tears of frustration by people’s inability to accept others and would be the first to defend an injustice wherever he encountered it.

The ideas for the centre that we want to create may change and grow but the basis of any learning or events that occur there will always have Coz’s fundamental beliefs of love and respect at its core. I once commented that he had some unusual friends. He replied with a shrug, ’Well, they’re my friends. People are people Mum, it’d be bl***y boring if we were all the same.’ I have never been prouder than at that moment.

Coz was a drummer with a family band called High Compression which included sister Mystie and brother Jareth.

He and James were also avid fans of heavy metal rock bands. One of his favourite bands was Bullet for My Valentine. When the family contacted the band to ask if perhaps they would wear commemorative jewellery, the answer was ‘Yes’. It was an incredible gesture by this compassionate band, and Coz and James now travel around with them, across the world.

Bullet For My Valentine are performing in Folkestone on 18th October, which is Coz’s birthday, and the family have been invited along to that concert by the band, and to meet them back stage. Another graceful gesture from a band who truly seems to care.

He worked as a Lifestyle Enabler for an autistic gentleman, volunteered at Braintree Mencap and was doing an accountancy course. He had a dream about offering charities a venue where they could keep more of their hard earned fund raising efforts and not pay through the nose for a venue to host events to raise even more money for their causes.

He was a passionate and dedicated hard-core gamer.  He also enjoyed physical games and wanted a place where children who didn’t have his opportunities could relax and learn to love the countryside. He loved being active outdoors and having been introduced to woodland survival was passionate about the skills and confidence it gave him. He was saving to buy land on which he could run his own survival and woodcraft courses and teach other young people to understand, be safe in and respect our countryside.

His long term plan was to buy land on which he could:

Coz will never be able to recognise that dream now. His family, however, have kept his dream alive by starting a Go Fund me campaign to raise money to buy land to fulfil Coz’ wishes.

The link is below should you want to contribute in any way, no matter how small.

Let’s try and help this family make their son’s dream a reality so Coz will live on in this venture as well as in the hearts of his family and friends.

Footnote – The woman arrested on suspicion of aiding abetting various offences leading to the crash and loss of three lives, has recently been released from custody.

The family issued this statement –

Justice for Coz and James

The CPS has decided that they do not have enough evidence to be certain of a conviction. We have requested a review of their decision. Despite this, The Essex Chronicle and The Braintree and Witham Times continue to support the ‘victims’ need for accountability.

Keep the dream alive by donating