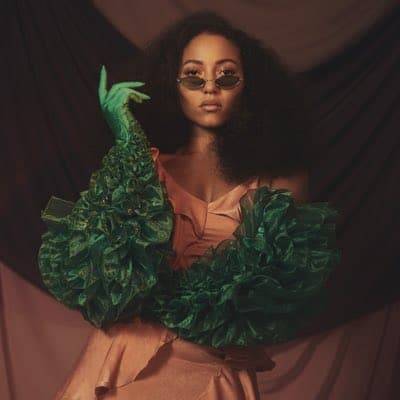 Certainly one of the most naturally talented and charismatic performers we’ve seen in a long time, Kyra has been deservedly fast to pick up critical support across the likes of HUNGER MAGAZINE, tmrw and EQUATE amongst significant blog hype. Her fearsomely powerful vocal talent that she’s able to shape and soften, added to bold, inventive production has pushed her to a number of 2019 breakout lists. ‘Stampede’ carries on this highly exciting narrative. With a unique, explosive instrumental built on percussion and unruly synths, it’s again an acrobatic and emotively charged vocal performance from Kyra that will continue the intrigue around the young star.

Speaking on the track, she said: “Stampede is about someone or something that literally crashes into your life without warning or permission. Its impact is profound, like a stampede. Although at the time I wrote it about being caught up in my feels about a guy, the meaning of the song has completely transformed to become somewhat of a self-fulfilling prophecy.

“Before I finished the EP I unexpectedly fell pregnant and this little thing barged into my world and literally became the stampede in my life. So it’s an ode to my Son and all the brutally wonderful ways he’s transformed my life for the better, no matter how testing Motherhood has been. He is infact MY Muse. This whole time I was looking for someone and instead that someone found me.”

Stampede is the second release from Kyra’s forthcoming EP “Xanadu” based on the movie of the same name. Borrowing from Greek mythology and the nine otherworldly muses, one of whom travels to Earth to inspire a human but ends up falling in forbidden love. Delicately woven throughout the EP, it’s a thrilling concept for a debut body of work and a marker of Kyra’s artistic calibre.

“My whole EP is centered around this Greek muse who returns to Earth to help an artist to fulfil their calling. Serendipity had it that my Son was sent to me for the same reason,” she explained.