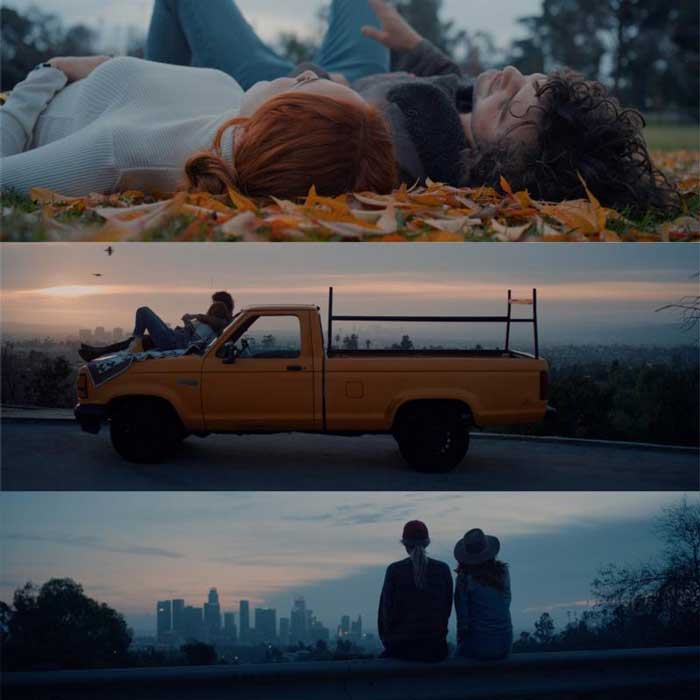 Singer-songwriter, Kara Connolly, is proud to debut the official video for “Other People,” her recent single from her upcoming LP Life in Rear View, out May 17th. She celebrated the release of both her new music video and the announcement of her debut record on Instagram Live Tuesday night with the video’s creators, actor/DJ Blake Michael from Disney Channel’s Lemonade Mouth and Dog with a Blog, friends, family, fans, Kit and J.R. of Idle Theory Bus, Ronnie 2K, and more.

The song’s cinematic music video, inspired by bittersweet indie romance films such as 500 Days of Summer or Juno, was directed by Cold Creator.

“It’s about when you get out of a relationship and, you know, at first you’re thinking about that person every day, then it’s every week, then it’s every month, and then time continues to pass and you technically “move on,” but there’s something quite beautifully tragic about that too. Isn’t it strange to think that person is still out there, going through the daily motions of their life, just without you?” Kara poses.

The video, and song itself, explore unique dichotomies – it at once feels bitter but sweet, innocent yet mature, and nostalgic but accepting of the present. And the ending is left open to interpretation as to what fully transpired; whether a stage scene was reality, just a projection of our protagonist’s memory, or a dream sequence. It provides us little closure just as life itself often does.

As with her previous releases, Kara does indie-pop in her own way with stream-of-consciousness, confessional-style lyrics, xylophone-like sounds, hand claps, and emotive strings, which ultimately blend into a lush orchestra and a bigger concept that is much deeper and more existential than the typical girl meets boy, they fall in love, then they break up.

Kara says, “This track remains one of my favorite songs I’ve ever written because I feel like I found a way to express this sort of bittersweet emotion that I had been experiencing, but couldn’t quite find the words for.“ 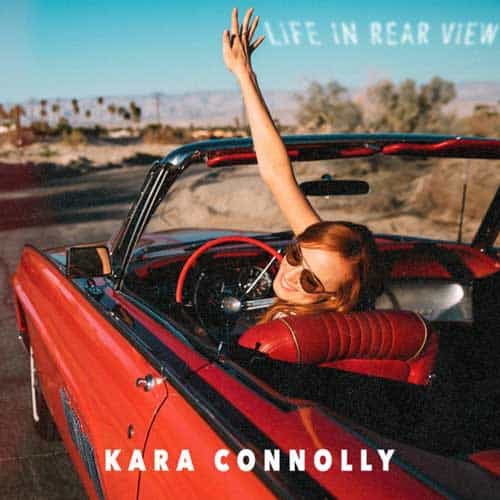 Kara Connolly has it all: charisma, a commanding stage presence, an emotive voice, and that rare gift for writing songs that are simultaneously heartfelt, sincere and undeniably infectious upon first listen. Given her ability to connect with an audience, it’s no surprise that Kara sold-out the iconic Hotel Cafe in Hollywood, the very venue that Katy Perry and Sara Bareilles got their start, before ever having released a single song. And now with a full-length album on its way, Kara Connolly has the opportunity to reach an audience as universal as her songs themselves.

Her debut music video for first single, “Life in Rear View”, has garnered over 185K views thus far and the song and its video both received high praise in a variety of popular publications such as Popdust and PopMatters. Connolly’s upcoming LP of the same name, a unique, genre-bending blend of percussive pop, folk, and country, takes you on a journey from breakdown to breakthrough. What begins with heartbreak, ends in triumph as Kara reminds us, through personal experience, the importance of friendship, vulnerability, acknowledging our own self-worth, and never settling for less than the love and respect we deserve.

She has this rare ability to deliver wisdom in a light-hearted and cheeky way that only someone as magnetic and relatable as Kara could pull off. “They say man up, but I want a man who’s bold enough to cry when he’s sad – If you treat me right, you can spend the night; If you treat me wrong – well then…so long” she winks in Nice Guy, a song premiered by Parade Magazine that brilliantly takes on our deep-rooted culture of toxic hyper -masculinity and encourages young women to demand the respect they deserve, all while making you laugh and sing along. “My goal was to create something fun and honest that you could sing to, with hopes that after a second listen you may realize you’re singing something empowering,” she explains.

What began with Kara singing, “Man! I Feel Like A Woman” at a summer cruise ship talent show as a young woman…of 6, led to her writing fully formed relationship songs back when the only man in her life was a stuffed animal named “Doodle Bear.” Since then, the San Diego native has continued to write what she considers “relationship songs with a twist,” although she now draws from her own life.

“I feel very called to empower and connect with the next generation of young women and hopefully inspire them to acknowledge their own worth and not put up with the kind of treatment that my generation and those of the past have experienced. I believe in the power of music to inspire and I hope that through humor and heart my songs can provide a new perspective for both women and men.”

Kara’s upbeat and colorful take on modern feminism, produced by Bill Lefler (Ingrid Michaelson) and mastered at the legendary Capitol Records, is sure to be playing on repeat.