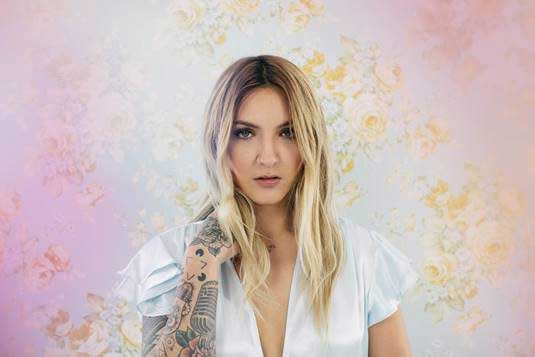 Upon its release, the seven-song set soared to #2 on iTunes’ Top Pop Albums Chart where it continues to hold strong. Among seven new anthems, it includes the record-breaking smash “Issues” and infectious new single “Uh Huh.”

About Nervous System, Michaels shares, “A lot of my songs have to do with the nervous system and things that are stimulated by touch and emotion. One day, the title just popped into my head. It made sense with how emotional the songs I’ve written are and who I am. Of course, I personally am a fucking nervous system as well, so there’s that,” she laughs.

From the off-kilter nineties-inspired groove of “Make It Up To You” and the urgent breakup anthem “Just Do It” to the hyper-flirty and fiery come hither of “Pink” and the soul-stirring piano and vocal finale “Don’t Wanna Think”—solely penned by Michaels—she further cements her status as one of this generation’s most prolific songwriters and best new acts.

This week, she received her very first MTV VMA nomination for “Best New Artist.” Fans can vote for Michaels here now and watch the ceremony August 27, 2017 on MTV!

As part of the Vevo “Stripped” series, she continues releasing powerful performance videos. Following a popular rendition of “Uh Huh”, she unveils a brand new “Stripped” take on “Worst In Me.” Vevo’s “Stripped” series is part of Vevo’s LIFT program, which is dedicated to elevating a select group of emerging artists.

She performed “Uh Huh” for the first time on network television July 27th on The Late Late Show with James Corden.  Watch the interview here and the performance here.

Next up, you can watch Michaels hit the stage on NBC’s Today Show August 1st to perform “Issues” and “Uh Huh”.

This fall, she joins Shawn Mendes in Australia and New Zealand for his ILLUMINATE WORLD TOUR (see dates below).

Nervous System arrives as her RIAA double platinum-certified debut single “Issues” continues breaking records.  “Issues” remains the best-selling song by a new artist released in 2017, according to Nielsen Music. It is also the highest on-demand audio streaming song by a new artist released this year, and the first song to reach the Top 5 at Top 40 radio by a debut artist with a 2017 release.  What’s more, the song has now surpassed 5 million in worldwide consumption.

Her latest single, “Uh Huh,” is rapidly heating up as well with over 20 million Spotify streams, and glowing praise from Time, V Magazine, Idolator, and more. Released earlier this week, the official video for “Uh Huh” is already approaching 1.5 million views and counting!

In addition, Michaels was just nominated for two Teen Choice Awards in the categories of “Choice Song: Female Artist” and “Choice Breakout Artist.”

Given all of the incredible stats and success, JULIA Michaels is shaping up to be THE Best New Artist of 2017. 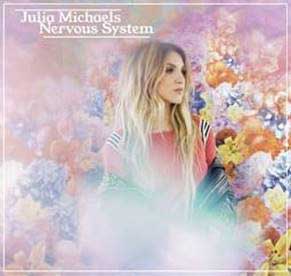 Julia Michaels quickly cemented herself as the biggest global breakthrough artist of 2017 with the release of her multiplatinum-selling debut single, “Issues.”  With worldwide consumption crossing 5 million, “Issues” is the best-selling song by a new artist released in 2017, according to Nielsen Music. It is also the highest on-demand audio streaming song by a new artist released this year. The song has also become the ninth Top 40 hit Julia Michaels has co-written on the Billboard Hot 100 and marks her first as a solo artist.

“Issues” reached #4 on both the iTunes Top 200 Songs Chart and US Top Pop Songs Chart, and is the first song to reach the Top 5 at Top 40 radio by a debut artist with a 2017 release. The song entered the Top 10 on Spotify’s Global Top 50 Chart and reached Top 15 on the US Top 50 Chart following its debut at #1 on the US Viral 50 Chart and #2 on the Global Viral Chart. It also recently entered the Top 10 on the Shazam Chart (US).  What’s more, “Issues” is Top 10 on iTunes in over 50 markets worldwide, has been certified 3x platinum in Sweden, 2x platinum in Norway, Australia, and Canada, certified platinum in the Netherlands, and Italy, and Gold in France, Spain, Brazil, and Denmark. With no sign of slowing down, “Issues” has been named a “song of the summer” contender by outlets such as FADER, W Magazine & Entertainment Weekly.

On Tour With Shawn Mendes