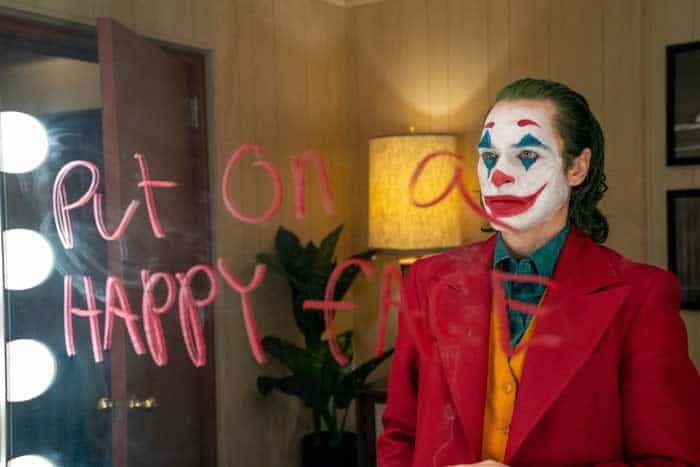 While Joaquin Phoenix’s portrayal of Arthur Fleck, a failed comedian, who becomes The Joker, he had some strange behavior throughout his time on the film’s set. Certainly, he probably had a wake-up alarm clock but it was his befuddling of his coworkers that caught the eye of Todd Phillips, the director of co-writer of Joker.

“In the middle of the scene, he’ll just walk away and walk out,” Phillips said. “And the poor other actor thinks it’s them and it was never them – it was always him, and he just wasn’t feeling it.”

During an especially intense situation, Phoenix would reassure Phillips he would always return if he walked off the set. The actor would say, “We’ll take a walk and we’ll come back and we’ll do it.”

“Joaquin was very intense in what he was doing, as it should be, as he should be,” De Niro said. “There’s nothing to talk about, personally, on the side, ‘Let’s have coffee.’ Let’s just do the stuff.”

Whether the actor had a wake up alarm clock is certainly up for debate but the actor was not a fan of Thomas Wayne being included in the film’s script.

“[Joaquin] never liked saying the name Thomas Wayne,” Phillips said. “It would have been easier for him if the movie was called ‘Arthur’ and had nothing to do with any of that stuff. But in the long run, I think he got it and appreciated it.”

The film is mostly a wholly original story that is only inspired by Alan Moore and Brian Bolland’s Batman: The Killing Joke. Outside of including the Wayne Family, Arkham, and Gotham City, there really is nothing connecting this clown to the Batman universe. Suffice it to say, the film could have been called something else and still would have been raved about by critics.

Nevertheless, Phoenix’s commitment to the role and the film was unflinching with a willingness to slim down his weight for this role. Just because he was willing to commit to the director’s vision does not mean he liked doing that.

“It’s a horrible way to live,” Phoenix said. “I think [Arthur] should be kind of heavy. Todd was like, ‘I think you should do the real thin person.’”

Phoenix had lost weight for other roles in the past and did not want to do this again. However, the wild card could pay off since he is receiving Oscar buzz for his leading role in the movie. Phillips, the director, had looked simply at attempting to do something Marvel Studios could not accomplish.

“You can’t beat Marvel — it’s a giant behemoth,” Phillips said. “Let’s do something they can’t do.” It’s why he proposed to Warner Brothers a series of stand-alone movies, examining DC comics’ characters without confliction.

“It’s just another interpretation, like people do interpretations of Macbeth,” Phillips said. It certainly is a different version but is it still The Joker? That will be something fans and audiences will need to decide for themselves when Joker hits theaters on October 4, 2019.