Jessica Gerhardt Releases Video For Be My Hands 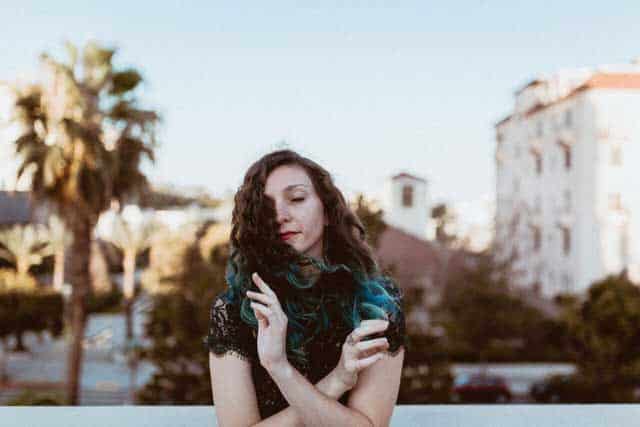 Be My Hands’ the highly anticipated video portrays the tension that exists at the beginning of a relationship – the excitement and nervousness and is all too relatable. Gerhardt’s gentle yet resonant voice infuses her earnest, lyric-driven music with a soothing and passionate spirit.

Jessica a singer-songwriter and ukuleleist from Santa Monica, California. She has been singing her whole life and started writing songs when she was 8 years old. She gained confidence in performing and being on stage through her involvement with The Virginia Avenue Project, a program that brings kids together with professional artists to create theater, shepherded at the time by founder and Artistic Director, Leigh Curran.  She picked up the ukulele at 15, after receiving one as a gift, and taught herself to play. Her debut performances of original songs were at an open mic night for high school students called Downbeat 720, organized by the talented Joe Hernandez-Kolski and Joshua Silverstein.

She attended Reed College in Portland, Oregon, receiving a Bachelor’s degree in Psychology. While at Reed, she played in a band called Just Orange and continued to write songs. Amidst the secular environment at Reed, Jessica’s Catholic Christian faith also began to grow and influence her identity and songwriting, ultimately leading her to discern a calling to pursue music. As a graduating senior she was interviewed about her time at Reed and her music in Reed Magazine.

After graduating, Jessica came back home to LA to begin to record some of her original songs and begin building a music career. In August of 2014 she released an EP entitled “Words Like Rainfall” under the name, Feronia, a collaboration with producer Patrick Doyle and mutual musician friends. In 2016 Jessica recorded a cover of Emmylou Harris’s “Little Bird” under the name Feronia as well, on the tribute record “To Emmylou” featuring a number of LA artists, including Phoebe Bridgers. After a few years, and having taken a step back from actively performing under that name, Jessica decided to retire her former moniker, and to begin performing under her own name.