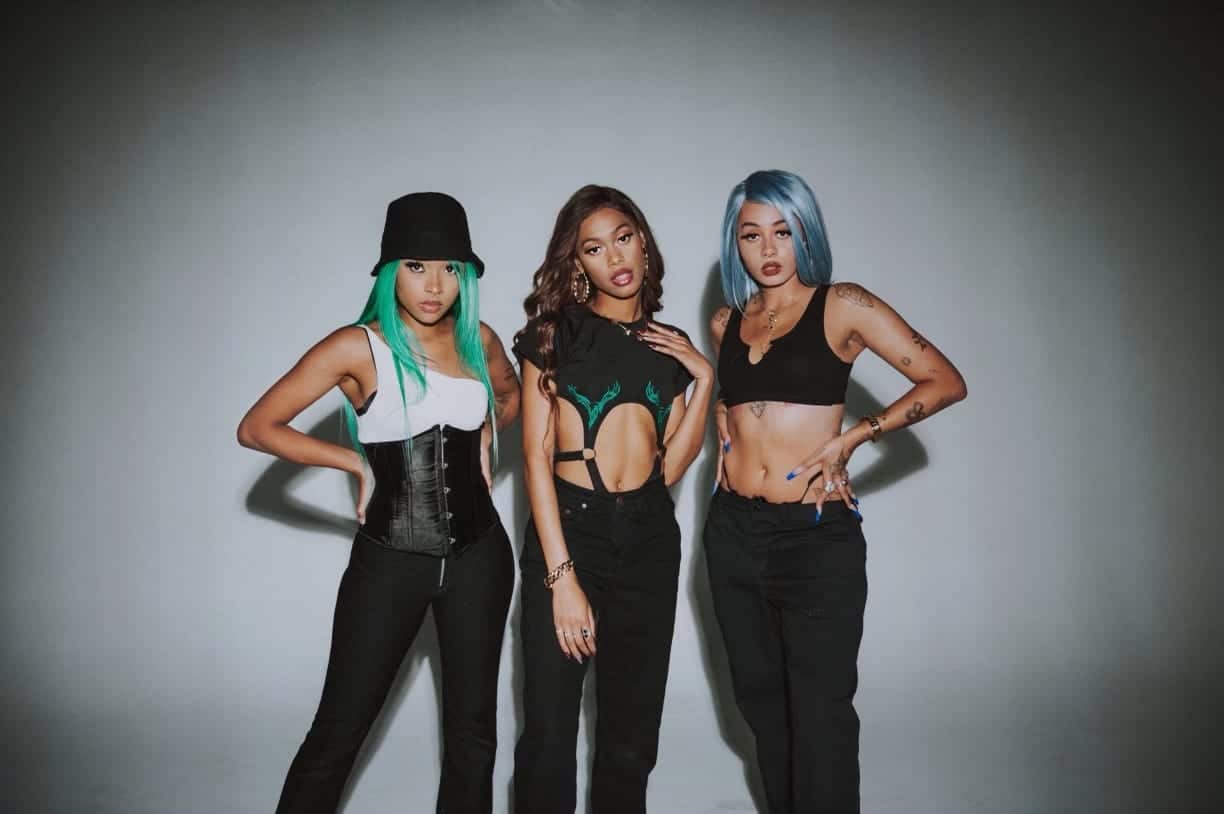 During 2020’s quarantine, the trio of Bexk, Lilac X and Korahjay – aka BLK – premiered their debut single ‘Got It.’ The melodic song blends R&B, Pop, and Hip-Hop with potent messages of self-worth, unabashed sexuality, and fearless individualism. The three artists enhanced this theme with a homemade Zoom-style video, flaunting their personalities, which was paired with a social media-driven remix contest that yielded applicants across continents. A fully-produced ‘Got It’  has now arrived, to be followed by their single ‘FWM’ (Fu*k with Me) and ‘Girls’ which will coincide with the trio’s upcoming debut, the BLK Girl Magic EP. In colorful times, Korahjay captures why BLK is as bold and brilliant as its namesake. “We’re not trying to chase a certain vibe, sound, or look. Weare just being ourselves.” The Toronto-based trio BLK is making some exciting, genre-bending music with a much bigger mission in mind. “We are changing the narrative on women working together,” shares Korahjay.

To which Bexk adds, “We’re strong women who are bringing something new.”

And Lilac X echoes that sentiment, “There is no template to what a woman should be.”

These three solo artists—each of whom write, produce, and perform—came together in 2019, combining their initials and colorful styles. Ever since, this universally-minded outfit is spreading some authentic BLK Girl Magic.

All three artists have Canadian roots.

Bexk, a fashion design student from Toronto’s East end, is of Bajan heritage. “I’m the savage,”she admits—employing her nickname as something of an alter-ego.“ I fight for our best interests at all times, and encourage others to speak up for themselves.”

Korahjay is a self-described free spirit from Montreal who comes from a Jamaican family. Hermoniker, combining words from scripture and a family name, meanspower.

Lilac X, whose exponent represents self-empowerment, considers herself a citizen of the world.

Juno-nominated Lincoln “L.A.B” Blachè witnessed these three distinct styles and personalities,and wanted to explore a new project modelled after TLC or Destiny’s Child for his MADE INSAUGA® label. A July 2019 studio meeting at NWYE in Toronto’s Westend proved to be pivotal.

We vibed as we got to know each other,” recalls Bexk, who describes an almost instant organic bond. “The idea of creating a girl-group was amazing because Toronto has never really seen one. We cut a track—it was fire—and we decided to keep going.” More than something fabricated, all parties insisted on real, organic chemistry.

“It just clicked; it was very easy. It became clear that this is bigger than us,” Bexk explains. “We want to be successful role models for women of any color, as well as any ethnicity.”

Each member writes her verses, while the trio collectively provides input on production, styling, and choreography. Outside of music, the three women all express themselves differently. Passions range between fashion, cinematography, tattoo art, painting, and environmentalism.

“Because we are so different, a lot of people are able to relate to us. We want for our lyrics to speak to everyone in their own way. We’re always going to be inclusive—never exclusive.”

At a divisive time in the world, the BLK girls are demonstrating change. “We’re showing that there’s not one type of woman or girl,” Lilac asserts. “You can be anything. You can dress any way.”

Stream Got It here https://lnk.to/BLKGOTIT