With her vivid ability to weave between airy and operatic vocals while delivering lyrics that are painted with messages of hope, it isn’t any wonder that San Francisco-based singer/songwriter/guitarist Katie Garibaldi continues to blur genre walls and have a stirring impact on listeners with each project she releases. Katie is an artist who can smoothly flow from a solo performer to taking center stage with a large band ensemble or string duo—and various combinations in between—without ever compromising the impact of her bewitching delivery. No matter the sonic configuration, Katie’s strong guitar work and sincere vocal facility provide the foundation of her ethereal and memorable songs. The result: a mesmerizing musical experience rooted in gentle strength.

Born and raised in the San Francisco Bay Area, Katie Garibaldi (who has cited her musical influences as the Beatles, Patsy Cline, and Jewel, among many others) fell in love with music from an early age and started performing live and recording albums while in high school. After self-releasing a number of albums in her teens and early ‘20s (including introspective folk-centric Fireflies and Fallen Angel), she took her recording career to the next level in 2009 with the release of her album Next Ride Out, a pop/country excursion produced by longtime editor-in-chief of Guitar Player magazine, Michael Molenda, featuring soul-catchy original tunes such as “A Love Without Chains” and “Went Too Far (Foot In My Mouth).”

John Apice of roots music magazine No Depression writes, “Katie sings with vibrancy, hitting high notes even Joni Mitchell would appreciate. Katie packs a wonderful folky extravagance. This woman doesn’t have to prove a thing to anyone – she is a powerhouse driven by an intoxicating vocal tone. It reaches heights that are so easy on the ear that it’s a treat, a pleasure to listen to. The voice – free of bombastic notes – is just pure musicality.”

Some career highlights following the release of Rooted Clarity include the LA Music Critic Award for Female Country/Americana Artist (2016), as well as Female Americana Artist of the Year from the Indie Music Channel Awards (2017). The indie artist was also featured on Acoustic Guitar magazine’s “Acoustic Guitar Sessions” with a live performance video sharing her songs and the stories behind them.

Katie Garibaldi is an Award Winning Singer/Songwriter! Here’s a link to all of her Awards on her website: https://www.katiegaribaldi.com/press

Katie Garibaldi’s Interview On ‘The Chris And Sandy Show’ https://www.blogtalkradio.com/newcountrymedia/2020/01/25/the-chris-sandy-show-episode-6-with-katie-garibaldi 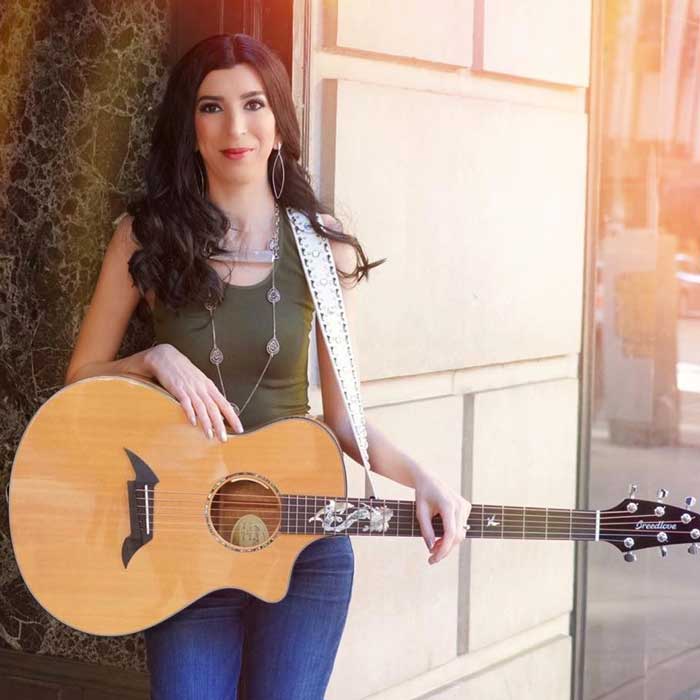