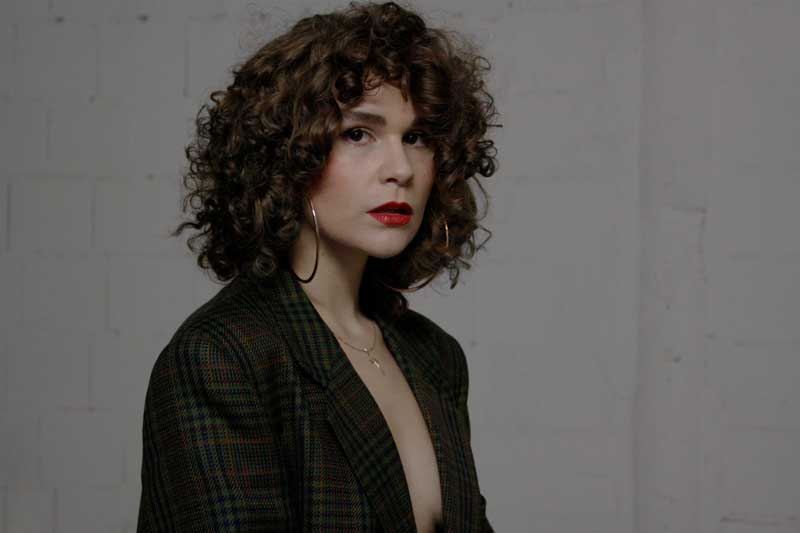 Being born into a musical and artistic family, Violet was regularly exposed to jazz, soul, classical music, ballet and fine arts. Her professional journey with Jazz began in 2009, when she and her father, Jazz Pianist and composer/arranger, formed a jazz duo and started performing regularly at local clubs.

My dad and the composers and artists he introduced me to like Rachmaninoff, Oscar Peterson, Bill Evans, Roberta Flack, George Benson, Billie Holiday, Ella Fitzgerald, Sarah Vaughan and many more.

I have a rather ambivalent attitude toward the impact the internet has on the music business. It’s boon and bane, really. On the one hand, social media provides a great platform to share your art and music and connect with your audience, on the other hand you don’t really have a choice as an indie artist. With basically everyone having easy access to distributors, and with consequently about 60.000 songs released every day, we are constantly exposed to sensory overload. Also, the fact that there are playlists with artificially generated and AI-created songs, an indicator for the inflationary way we listen to music, perturbs me. I’d love for people to just take their time and listen to music intentionally from time to time, appreciating the artist and not using their work of art solely as background or elevator music.

Have you got a ritual of sorts when making music? For me Making music is a ritual itself

For me, making music is a ritual itself.

I would describe my music as a conglomerate or rather a symbiosis between jazzy chord progressions, soulful and somewhat melancholic melodic lines and Hip Hop inspired drum patterns/beats – juxtaposing mostly sombre, absurdism-inclined lyrics with an upbeat groove.

I’m currently working on two EPs that will presumably be released in (the first half of) 2023.

I don’t have a top two, yet two of my all-time favorite songs are “I’m a Fool to Want You” sung by Billie Holiday and “We Will Meet Again” written and interpreted by Bill Evans. Both songs have a very strong emotional narrative and literally strike a chord with me.

What was the last series you watched on TV?

I don’t own a TV, but I re-watched the Office for approximately the 10th time on Netflix. In addition to it, I highly recommend the movie “All Quiet on The Western Front” based on the eponymous novel by Remarque.

Amongst many, I think the greatest ones were corrective heart surgery for children and cancer treatment.

My lucky items are my cross necklace, the rings my mom and my sister gave me and I actually like to do cartomancy from time to time, the way my grandmother used to.

I wouldn’t ask, I would wanna be surprised.

My flavour would be “sour big chewy nerds”, sweet on the outside and unexpectedly sour on the inside. The more poetic version would be bittersweet, though.

Violet shares her intriguing single ‘M.H.P’, and the follow up single ‘Sad Song’, out now.

Inspired by Billie Holiday’s heartfelt and genuine singing, the lyrical and provocative eloquence of sophisticated rap and Camus’ absurdism, Violet creates a symbiosis between Jazz, contemporary pop music and lyricism, completely owning her own distinctive sound.

With both music videos filmed at the ‘Stadtbad’, a historical municipal baths in Leipzig, Violet’s most recent single ‘Sad Song’ acts as an antithesis to previous single ‘M.H.P’, with the common underlying theme of the dangers of media and social media. With its up-beat groove juxtaposed with sombre lyrics, ‘M.H.P’ is inspired by the novel “Steppenwolf’ by German writer Hesse which depicts the duality of human nature, the inner turmoil and the contradictions of human existence.

In contrast, ‘Sad Song’ has a simple, stripped back, twinkly jazz melody and was written about the many downfalls of the portrayal of human existence in the media.