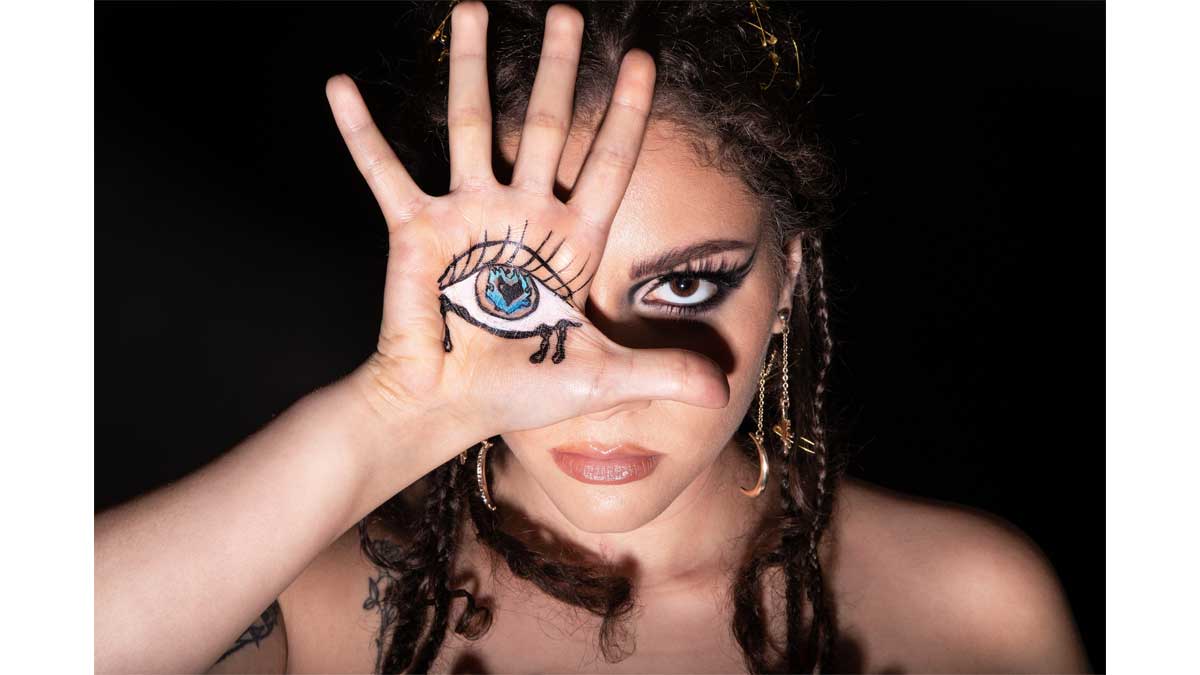 RIELL is an internationally touring and Top 40 charting Dance Pop artist, songwriter, vocal producer, and topliner from Canada. She shares her obsession with hardship, self-exploration, and the darker side of the mind through haunting vocals, catchy hooks, and insightful lyrics, creating an innovative mix of artists like Halsey, The Chainsmokers, and Rihanna.

RIELL has 1.4 million monthly listeners on Spotify alone, multiple million listeners across platforms, and hundreds of thousands of followers. Her work has accumulated 205+ million streams on Spotify, 500+ million views across platforms, has been featured on Spotify Canada’s social pages, has been supported by prominent DJ’s such as The Chainsmokers and Martin Garrix, and has had her music played by DJs at popular festivals such as Lost Lands (60 000 attendees).

I think my love for music though started as a love of performing. I just always wanted to create things and show them to other people in elementary school, and I think this love was focused on music through lessons and a natural love of singing. I’m very grateful to my mom because she enrolled me in classical piano at the age of 6 and that’s where my music education began.

My dream is to make a song in partnership with League of Legends; all of the music they work on is so epic. The artist I look up to most is Halsey so if I could ever collaborate with her, I would lose my mind because her artistry is mind blowing.

What is your top two favorite songs of all time? Why those songs?

Rise by League of Legends, Mako, The World Alive, and The Glitch Mob is my ultimate pump-up song. No matter what mood I’m in I can listen to that song to get me hyped; it has an immaculate vibe and energy.

Crawl Outta Love by Illenium and Annika Wells is one of my favorite sad girl songs. There’s something euphoric in screaming it at the top of your lungs, and I’ve been able to see it performed live a few times so every time I hear it, I get all the joy of those memories.

When I’m first creating something, my goal is to release whatever emotion I’m holding onto. It’s like a therapy session in processing my thoughts and emotion. I want whatever is in my mind and body to make sense and having it as a tangible song outside of me makes that possible because it adds clarity that only distance can give you.

What has been most challenging aspect of your current releases?

The number of roles I have had to take on in this release is quite challenging because I’m working with a very small team both creatively and business wise. I’m writing, recording, editing, vocal producing, vocal mixing, styling, and creatively directing this project on the creation side as well as managing the majority of the business side, so it’s just a lot of hats to wear and a lot of roles to execute well. I’m excited for the challenge though and the opportunity it presents to grow and learn new things.

Visuals are a very important part of my creative process. I love makeup, cosplay, and visual art and incorporate that into my projects through photos, music videos, an album video game, an album comic book, and a couple more ideas still in the pipeline. I’m just starting to get into drawing and painting myself but have cycled through other weird creative hobbies like knitting and jewel painting.

Emotions motivate me the most to write because they can’t really be ignored. Beyond that, other people’s art and words are very inspiring. I love one-liners from random tik toks or tv shows or fiction fantasy books.

My main collaborator on this album was my producer and co-writer Catherine Bliemel aka OBLVYN. Laurel Clouston aka Laur Elle was also an invaluable co-writer. They’re both incredibly talented and added a lot to this project.

If it’s one of our first dates, I would want something easy to eat otherwise I’d just be anxious about spilling something all over myself. I think a sushi date night would be really fun overall.

Right now, I’m in the middle of watching Community, but I always go back to Brooklyn 99 which I’ve probably watched 15+ times. I always have it playing in the background, probably to an alarming extent.

My childhood nightmare was a massive kangaroo that would chase me in our family minivan and throw me out it and over a bridge into a river. I don’t know why because I love animals and have nothing against kangaroos, but that was my recurring childhood nightmare.

I would tell my younger self to chill, trust myself and the process, and enjoy the journey. I spent so much time worrying if I could ever make a living in music, live up to my expectations of myself, and doubting myself that I didn’t enjoy getting here. I could probably take the same advice about enjoying trusting and enjoying the process now even.

What Makes Tanzania a Great Safari Destination?
Next Article