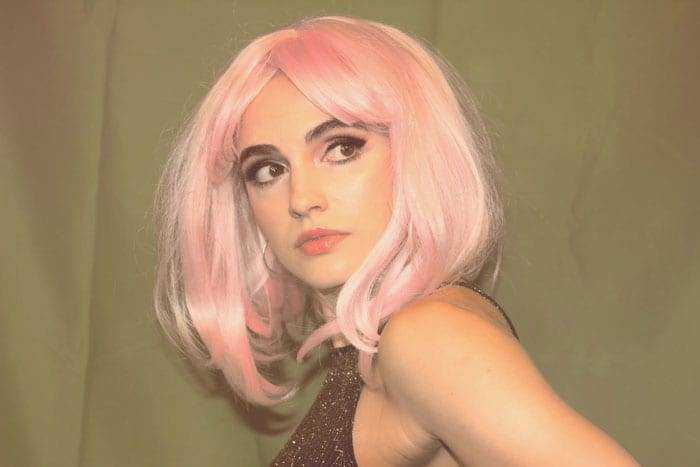 We are delighted to welcome Cenza to Divine Magazine. Born and raised in Red Bank, NJ, Cenza (chen-za) is an NYC-based pop singer, songwriter, and co-producer.

Inspired by classic divas like Cher, Lady Gaga, and Judy Garland, Cenza offers an unforgettable music experience. As a classically trained piano player and a self taught guitarist, Cenza brings a unique flavor of structure and freedom to her music. Cenza is the alias of critically acclaimed actress Emily Keefe, and chose her name in honor of her grandfather, Vincent, often called “Vincenzo” or “Cenzo.” 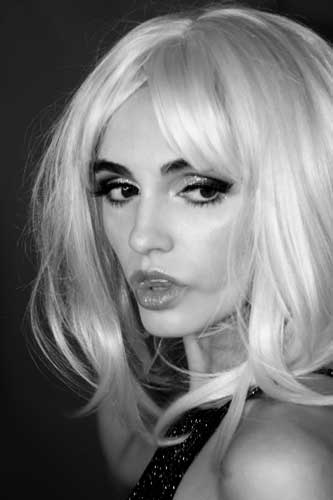 I feel like they probably haven’t been born yet. But if age isn’t a factor, let’s go with Natalie Portman since so many people say we look alike and have similar dispositions. I actually discovered my first Cenza “look” when I was her character from Closer from Halloween. Everyone thought I was Ashley O, but they were mistaken.

I mean… is there anyone who would actually prefer the former? Ever since I was a little girl and played make believe, I never wanted to be the princess. I wanted to be the Evil Queen, Cruela Devil, the “meanies” as I called them. My mom said when I was 3 years old and watched Sleeping Beauty for the first time, I got really close to the tv when Maleficent turned into a dragon, and my eyes lit up like Edna Mode showing off her fire repellent superhero suits and said “I love when she releases her fury.” Can you imagine a three year old saying that? I don’t know, I think I just love larger than life characters. I love crazy women, and I love to camp. Heros are boring and usually too Johnny One Note for my taste if ya know what I mean.

I’m obsessed with picking up heads up pennies whenever I see them. Ever since I was little, my grandparents believed in pennies from heaven – a sign from a deceased loved one giving you good luck. Since my grandparents are no longer here, I take it as a hello from them and it always brings a smile to my face. I always discover them when I need some encouragement too. I pick up pennies in the most disgusting places, living in New York. Doesn’t matter, no penny left behind. If I see a tails up penny, I’ll flip it so someone else can have some good luck. It’s… kind of lame. 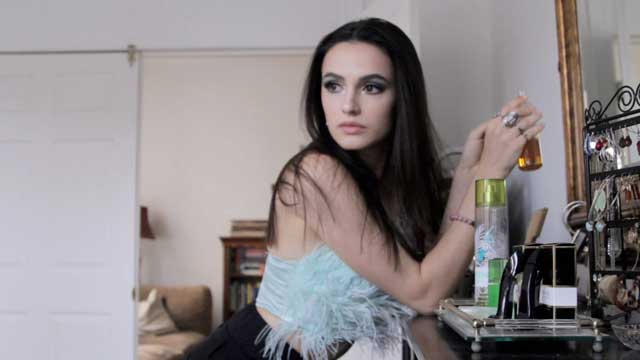 Honestly, I think by not trying to get noticed at all and focusing on the art. I think it’s important to put energy into your social media, your press, your marketing, etc of course, because you need to engage in some form of outreach to build an audience. But there is this ridiculous rumour circulating that artists now must also be content creators, and that’s simply not true. I recently went through a phase where I believed that if I created one YouTube video a week and one TikTok a week, it would help my music. What ended up actually happening is, I spent no time making music and all of my time creating uninspired “content” that I myself had no interest in. So, obviously, no one else did. If I’m working on an album, there’s no reason to feel like I need to also be constantly churning out content for no reason other than creating content itself. There’s a reason “content creators” aren’t called “artists.” Sorry if that comes off as pretentious or rude – I actually really respect content creators and follow many of them, but that’s not what I do or have interest or passion in doing. I refuse to accept that, to be an artist, I also need to be a content creator. Since I stopped putting pressure on myself to churn out product, I’ve really leaned into the process of making music, and I have a very exciting music video in pre production that I’ve been putting all of my energy in, and it feels great. So, the short answer – just focus on the process, on what truly inspires you, and that will be more than enough. Read books, watch films, listen to music, engage in other art. And let the art breathe, trust the process, and try to be patient with it. You have more time than you think!

I am in pre production for my first music video. I don’t want to give anything away, but I am over the moon about it. I came up with the concept and have been in pre production with Jean-Luc McMurtry of VLV Media for a few weeks now. I love being involved with every step of the process. I just got some costumes in that I can’t wait to do tests on. This video is basically a huge gift to myself and I’m just extremely giddy and tickled pink to be making it.

Yes! I am also an actor. My real name is Emily Keefe, and that’s the name I use an actor as well. I got my start in musical theatre and started doing more film and TV once I turned 18, so I really have missed music and am so happy to be creating my own. That’s the thing I love about making music – you call the shots as an indie artist. As an actor, you have no control over what you audition for, what you get cast in, how people see you, how you’re costumed, what you’re saying, what you look like, how a film is promoted. When I make music, I can make whatever I want, whenever I want, be whoever I want, express whatever I want, promote it however I want. There is so much more agency, at least with my experience in it – especially during the pandemic when there hasn’t been a lot of acting opportunities. It’s very empowering and very exciting. I also recently took an interest in film photography, but that’s more of a hobby. I think it’s good as a creative person to have creative hobbies that are just for you.

How do you advertise your music?

I’m a freelance press rep for indie musicians, so I do my own press, playlisting submissions, social media marketing, etc. It’s actually really quite troll-y, because I write to people as if I’m a representative of myself. It’s kind of like a fun acting exercise. And it really makes me feel like a complete boss.

Cenza (chen-za) has released her latest single “Unhinged.” Her first single of the year serves as an anthem that celebrates the fear and courage it takes to make a major life change and is available on all streaming platforms.

“I wrote this song when I realized I needed a change. I needed to cut a cord and enter a new chapter in my life,” says Cenza. “Breaking free of something that is stunting your growth is terrifying and can throw us completely off balance, but it’s ultimately the best thing you can do for yourself. Feeling like you don’t know what’s next should be something that is celebrated and embraced, because that when the good stuff starts to happen. That’s what this song is. And just wait for the music video.”

Cenza released her first two singles in 2020 and is currently working on her debut album with a music video for “Unhinged” in pre production with VLV Media slated for an April release.