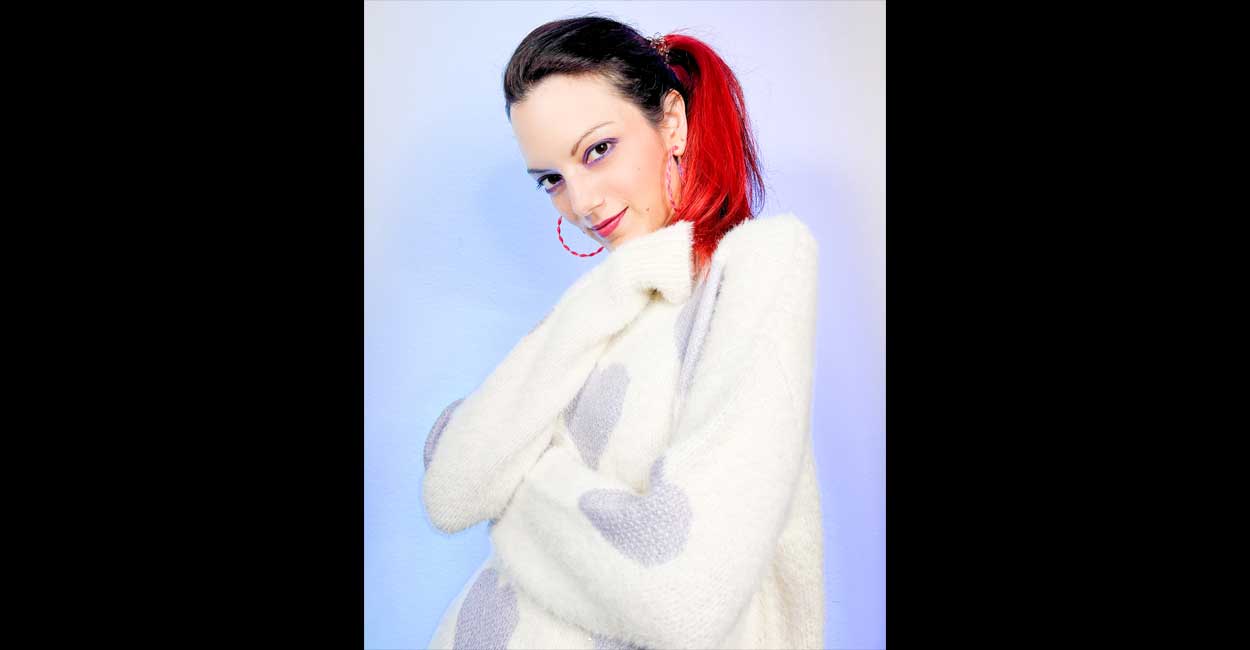 With an EP and six genre-bending singles under her belt, singer-songwriter Nathalie Miranda brings powerhouse vocals, unbridled passion and a stellar octave range to every new release. Known for her unique, soulful voice and high energy performances, Nathalie delights in engaging her numerous fans on Patreon with special live streams and exclusive online performances. Born in London to Greek-Cypriot parents, Nathalie was raised speaking Greek and English and is fiercely proud of her Cypriot roots.

The voice and energy are distinctly Nathalie Miranda – the UK’s answer to the US Uber Divas. This artist is single-handedly paving her own way in this industry and there’s no doubt that she is 100% in the driving seat when it comes to her music.

Nathalie draws on the music that has inspired her and skilfully adapts it to create her own inimitable sound. Her new track ‘Is This Love’ was released February 2022, and the word on the street is that it is completely different to anything she has ever recorded before.

I’d love to open a show for Christina Aguilera. She’s an artist I’ve always admired, not only for her voice, but her mission to empower women in the music industry, and they way she isn’t scared to try out different things as an artist.

I’d have to say my voice, which is quite different to anything out there or anything that would be considered ‘acceptable’ in today’s pop world. Also, I make a point of making each single completely different to the one before. I really enjoy experimenting with new genres, styles and just seeing where it leads.

My number one man is Freddie Mercury. His vocals, his songwriting, his artistry, stage presence all resonates with me on another level. Other influences include Prince, Whitney, Aretha, Christina Aguillera, George Michael…too many!

I think it has to be ‘Catch-22’. It’s the song I released in 2020 and the one that really took my music to a completely new fanbase, Latin America. My fans there are so amazing and super supportive, and it was something I absolutely wasn’t expecting. The fact I speak Spanish made it all the more like the stars had aligned!

But the song, I feel, is the first release that really showcased what I’m about vocally and as a songwriter.

I love this! Ok, I can remember the year that songs charted! I connect it with events in my life at that time, subconsciously, and then years later I’m able to say, ‘yeah that was released in 1999 cos I remember I was doing this or that at that time!’ Completely useless talent unless I ever happen to find myself on a quiz show!

‘Fighter’ by Christina Aguilera or ‘Paid My Dues’ by Anastasia.

I’m still watching ‘And Just Like That…’. Loving it so far!

Elizabeth I…I’m a huge history buff and have always been slightly obsessed with the Tudor period. I think Elizabeth would be awesome as a 21st century woman!

Hot off the release of her last release (70s pop/rock anthem ‘Battle Scars’), Nathalie’s new single blends elements of disco, dance and pop, underscored by an 80s production with modern textures. Her genre-bending vocals soar effortlessly over the dance rhythm.

Originally written in 2015 whilst Nathalie was at home with flu, she rediscovered the song in 2021 and worked with her producer/co-writer to breathe new life into the track:

The single has always been a nod to 80s pop and my favourite musical decade. I rewrote the first verse and the middle 8 section, which brought the song back to life. When I heard the production for the first time, I had the biggest smile on my face — the song would finally allow me to live out my 80s popstar dreams!”

With a fun, happy, colourful aesthetic — filming took place at Ballie Ballerson’s (Shoreditch) and in Nathalie’s own bedroom, redecorated in an 80s teen style — the official video conceptualises a girl who has come back from a date with the boy of her dreams, and is reflecting on what happened during the date (cue flashbacks to the club!).

Nathalie’s 80s fashion in the video drew inspiration from Kylie Minogue and Madonna, and paid tribute to Whitney Houston’s iconic purple dress in the ‘I Wanna Dance With Somebody’ video.

How To Wear & Match Floral Print Dresses
Next Article