Divine is delighted to welcome international PR Executive, Marian Salzman, to the site.

Named one of the world’s top five trendspotters (bringing “metrosexual”—the 2003 Word of the Year by the American Dialect Society—to the world), Marian is one of the most-awarded female public relations executives in North America. She has been listed in PRWeek’s Global Power Book and as a PR News Top Woman in PR, as well as an honoree of the 2017 PRWeek Hall of Femme.

We caught up with Marian to ask a few questions.

Having read your report ‘The End of C’, some of the scenarios you paint are, in a sense, fairly bleak. There are other exciting opportunities such as AI, but ethically and morally, there are still questions to be asked. The world is changing swifter than it can keep up. If you had a magic wand, which of these trends would you want to halt, or slow down? Tell us a bit about this report and what it’s all about.

I’ve been spotting trends for almost two decades, and I am still as fascinated as I was in the beginning when I look at the world through the lens of new, what’s changing and how that impacts us as individuals, society and businesses. Every year I pull together my predictions for the next 12 months. My 2019 report, “The End of C,” revisits topics from years gone by—each of the predictions rework previous movements that have been bubbling up for ages. They go deeper and skew toward our brave and bold new world, but they nonetheless revisit some significant trends that we have been watching for quite some time.

If I could slow down any of my 2019 predictions it would be the end of “C.” Today, a conversation is often reduced to a quick text, an urgent command (another C word—but one that’s growing) or an emotion conveyed with an emoticon. These days, it seems like the time it takes to converse has become too much for the average Jane or Joe, who are content to text, tweet, like or criticize, condemn or—worst still—write off another human being and his or her point of view just because it’s on the other side of the great chasm. 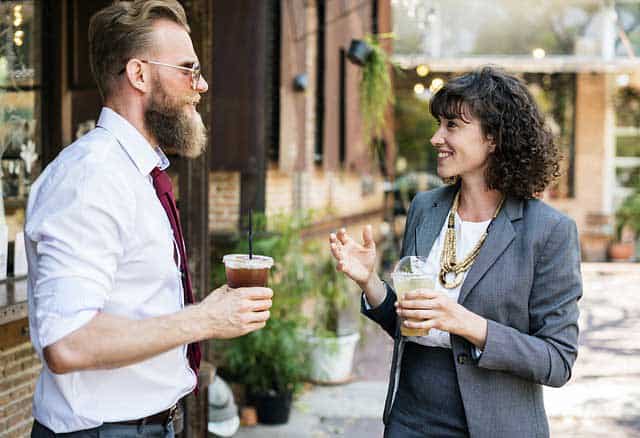 Society is becoming a world of political correctness, wanting to label everyone and everything, and endearing an over sensitivity where people take offence at something easily. Everyone is entitled to an opinion, but do you believe this is getting out of control?

We need to celebrate that in today’s society, we are all able to voice our opinions—something that 50 years ago was not possible for many people in the world. But that doesn’t mean we shouldn’t be mindful of the different opinions and backgrounds that people come from. No one should be made to feel they’re voicing their opinion in an unsafe environment.

Working for a tobacco company, I am particularly aware of this, having been frequently shouted down and even threatened on Twitter. Social media has certainly provided a platform for more opinions to be voiced, but with that has come a platform for disrespect as well.

The whole notion of Big Brother and the clamping down on social media of anything that could be offensive, very much related to question two. This extreme form of what appears (to us) to be censorship on social media, in trying to protect people from anything that might cause a miniscule of offence has never been more evident. What is your prediction for the way this is going?

My prediction is less around the role of censorship in the next decade but rather on the role that each of our individual voices has. As mentioned before, social media has given every individual around the world with an internet connection a megaphone to amplify their opinions. What we now need to champion is the role of the medium and how we guard and promote the truth over trolls. 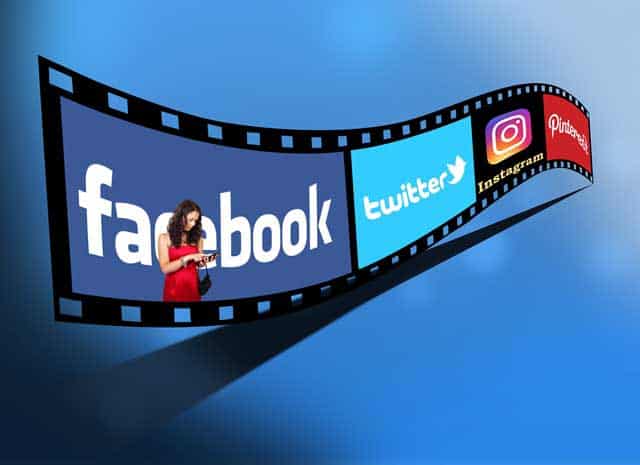 It appears that within social media, the need for visual storytelling and live streaming, and YouTubing has become the next best thing. We seem to be baring even more of our souls, our faces, bodies and environment to the public at large. The need for instant gratification, self-presentation and the trend toward culturally becoming a world of narcissists appears to be growing. What are your predictions on this aspect of social media? Positive or negative?

For years, we have been discussing the power of content and the impact of visual storytelling, and I don’t think this will go away any time soon. We are bombarded with loads of information every day, and we’re seeing more and more visual tools become available to share and express our feelings. As I noted in my 2019 trends report, the use of emoticons is booming, with apps like GIFNote and others that continue to give us the visual cues to express ourselves.

The role of women in the world is becoming more evident each day and appears to be gaining momentum. You only have to look at the recent introduction of so many talented and educated women into government in the U.S. In your opinion, what else needs to be done to allow this to grow and empower even more female representation?

From all corners of the world, we pay lip service to the ever-increasing powerful voice of women that resonates when they protest, create and nurture. And it has been a historic year for women being elected in the U.S. Yet strong females increasingly face backlash; they risk being counted as too loud, too opinionated and even too predatory. Look at the hostility leveled against Alexandria Ocasio-Cortez, the youngest woman ever elected to U.S. Congress. Her brash presence on social media makes her an easy target for critics from the other side of the political aisle—in part because she’s a woman who dares to speak out boldly.

As women leaders emerge, we see even more bifurcation—we want them to be effective leaders but also to act like ladies, exuding traditionally “feminine” traits (love of family, nurturing, warmth). In the corporate world, Facebook’s Sheryl Sandberg is on the chopping block, getting slammed—in part—for staying in and leaning in. But how can she—or any woman with ambitions to lead—get it right when the rules are being rewritten and overthrown?

In terms of government, specifically, we’re seeing a resurgence of the promoter personality as voters say yes at the ballot to some so-called “straight talkers.” It’s been a long time since we’ve seen such a preponderance of what could charitably be classified as promoters—or, if you’re feeling less charitable, labels like bloviators, narcissists or hucksters would fit the bill. Conflicting ideologies will continue to clash, but we should see more efforts to course correct on choosing—and standing by—our leaders.

The planet we have is already at capacity for humankind, and let’s be honest, there’s a heck of a lot we’ve allowed to happen that makes it a very different place to what it was. Pollution, global warming, political strife…the list goes on. The Economist published a report too about the World in 2019 and to be honest, it all looks rather scary. Tell us some of the positive things you think will happen in 2019.

The coming year will be challenging, but we can take some comfort in recognizing that we’ve gone through similar challenges in the past, and we’ve come through them stronger. One positive development we’ll see in 2019 will be driven by demographics—the Yin and the Yang of an aging population. First it was 40 is the new 20, then 60 is the new 40; now, who wouldn’t agree that 80 is the new 60? Remember “The picture of Dorian Grey”? Now it’s a portrait of a generation that refuses to go gently into that good night—living longer in reasonably good health.

#BeBoldClaimOld is a mantra beginning to resonate at a time when Sharon Stone and Angela Bassett recently turned 60 (both posted bikini pics to celebrate), and Jane Fonda’s still going strong at 81. And who can miss the whole wave of older women gaining social media followers for their style? They even have a name: the Insta-grannies. As we age healthier, it should follow that society recognizes that maturity equals wisdom, and the value of elder statesmen often far outweighs any downside.

Multigenerational workforces (and living situations) will be the norm—as elders want to stay vital and active, and youngers will realize they have much to learn from their older colleagues.

Finally, tell us what’s on the cards for you in 2019 and what you’ll be doing?

The coming year for me is going to be all about continuing to focus on bringing our vision of a smoke-free future to life in my role at PMI.

I joined PMI nearly a year ago because I’m passionate about creating true change in this space and giving people better alternatives to smoking. The reality is that there is a huge population out there who don’t want to give up smoking, and we need to be able to give them the choice of healthier products. It’s not as simple as just stopping selling cigarettes—it’s about creating a world where people stop buying cigarettes because they have switched to better options.

We’d like to thank Marian for taking the time to answer our questions and we wish her all the best for 2019 and the changes ahead.

Where to find Marian and read more about her