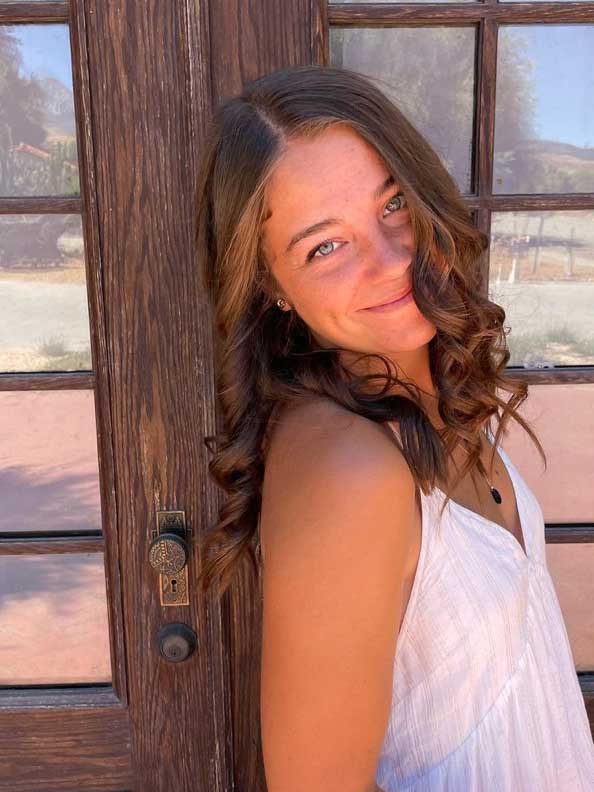 Growing up in the small town of Temecula, CA, Maddie Leigh was raised with a strong foundation of family and faith. She and her two younger sisters grew up surrounded by horses, cats and dogs, cultivating her love for animals and the outdoors. Some of her fondest memories include catching fireflies, going camping and building bonfires.

Maddie Leigh discovered her love for music at a young age. As a child, Maddie loved to listen to country classics like George Strait, Brooks & Dunn, Trisha Yearwood and Faith Hill – all of which helped mold her into the musician she is today. She began singing in the church choir when she was just six years old. By the time she was nine, she was already taking voice lessons and competing in singing competitions. “The first time I got on stage in front of a group of people, I knew this was what I wanted to do for the rest of my life.”

Maddie’s large vocal range and unique sound set her apart from the crowd. Between 2016 and 2019, she released five original songs and two covers. She was named “Female Entertainer of the Year” in 2016 by NACMAI (North American Country Music Association International) and took second place for “Most Promising New Country Singer” and “Video of the Year (Wishing).” That same year, she was awarded “Female Entertainer of the Year,” “Most Promising New Country Vocalist,” “Future Star Entertainer,” and “Future Star Vocalist” by the West Coast Country Music Association.

Currently a senior at Belmont University in Nashville, TN, Maddie is studying songwriting and the music business. She has opened for national acts, including Jason Aldean and Tucker Beathard (25th Annual Oregon Jamboree), as well as Honey County. She hopes to one day perform at both the Grand Ole Opry and Ryman Auditorium, write a hit song for a major recording artist and record a duet with Brett Eldredge.

Adding a modern spin to traditional country music, Maddie takes inspiration from the likes of Kelsea Ballerini, Maddie and Tae, and Luke Combs – just to name a few. Her newest single “Morning After” was released on August 26, 2022.

There were a lot of things that got me into music. One of the biggest factors was probably that I have been surrounded by music my entire life. I grew up with my parents singing to me before bed, my grandpa randomly singing around the house and showing me songs, he would write, and dancing to the music in my grandma’s telenovelas.  I started actually singing when I was six years old in the church choir. Then when I was nine years old, I decided I wanted to be in the school talent show and that I was going to sing. I then started singing in competitions which took me to Nashville where at 15 I would record my first single and that is where I currently live today.

If I could open for anyone, I would open for Cody Johnson. I absolutely love his music and am a huge fan of his. His songs remind me of the music I listened to growing up and I really admire who he is as an artist and a songwriter. I feel like we would put on a really good show together.

I think Luke Combs said it best, I’d still be doing this if I weren’t doing this. Music is my life. It always has been and always will be. I am a singer, songwriter, and performer at heart and I feel the most like myself when I am up on the stage or in the studio. I can honestly say that there is nothing else I would rather do with my life than music.

I know it sounds cheesy but everything happens for a reason. As a perfectionist in an industry that continuously tells you you should be doing more, it can be difficult to feel like you are doing enough. There is constant pressure to be doing the next big thing. This advice is very grounding for me and reminds me that I can only do my best and that that is enough

My favorite song is actually one that I haven’t released yet. It’s my favorite because it is the most honest I have ever been in my music and writing it really helped me through a very difficult time in my life. So, if you would like to find out when I will be releasing it, make sure to follow me on Instagram, TikTok, and all social media platforms, and check out my website maddieleighofficial.com.

Just keep doing what you are doing and make sure you love it. People are going to tell you what you should and shouldn’t do but just trust your gut, believe in yourself, and keep making music that you love.

Yes, I do. It is a stuffed lamb named, no surprise, “Lamby” and I have had it for as long as I can remember.

I know she’s blonde but, Reese Witherspoon. I have seen all of her movies and absolutely love her.

Spanish. My grandma is from Ecuador and speaks fluent Spanish, so being able to speak it fluently has always been something I wanted to do.

I love Yahtzee and Mexican Train. My family and I play both of those games every time I come home.

Absolutely. Am I very confident in my answers that are usually wrong? Yes. But it is still fun to do anyway!