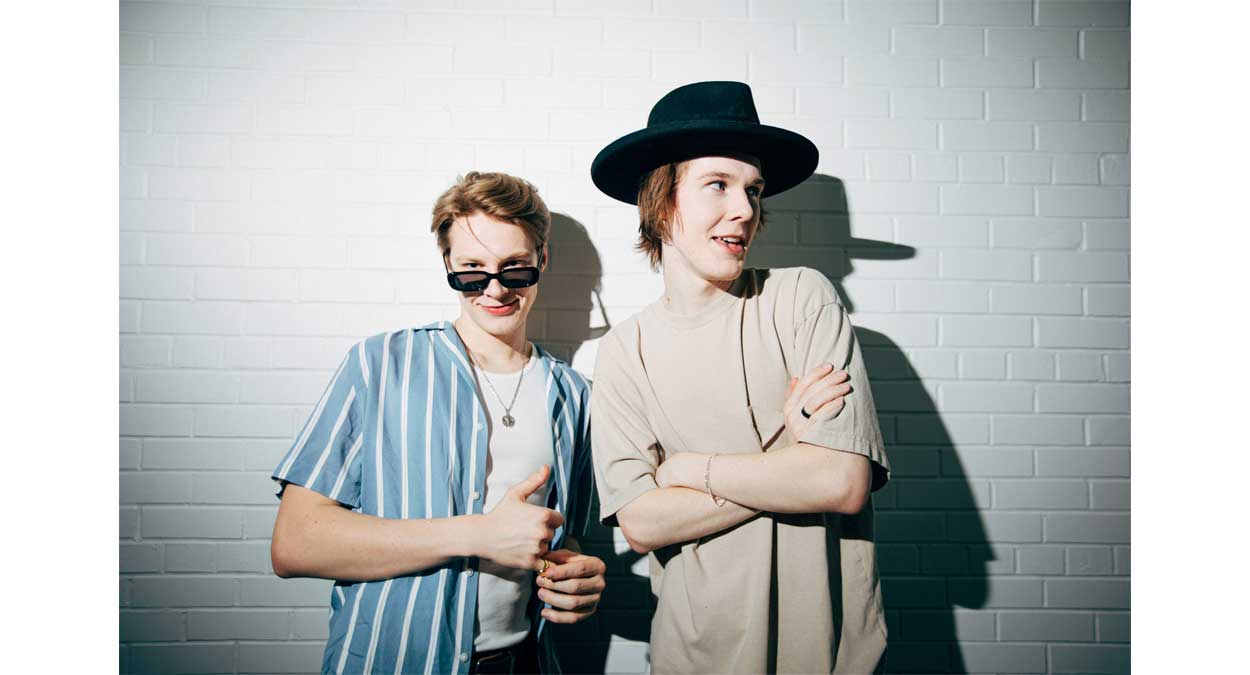 Lockyer Boys (Will and Charlie Lockyer) are brothers born and raised in Thunder Bay, Ontario. Entertaining crowds with stage presence far beyond their years made them an immediate show-stoppers at festivals, concerts, and event openings.

The pop artists are currently completing their debut album which features their poignant songwriting, as well as songs, were co-written with Jeff

We’re only 18 and 20 so we’re relatively young but we wouldn’t say we’re new to the industry! We’ve been performing in public as a duo since 8 and 10, but in those days, we were mainly performing covers. It wasn’t until high school that we started writing our own material, working with producers and managers and getting our career as artists (and as the Lockyer Boys) up and running. Now it has become our life and we don’t plan on stopping!

Absolutely! In fact, the majority of our writing process revolves around recording and production. We have our home studio in one of our bedrooms and that is where most of our songs start. Then they usually finish in a bigger studio out in Vancouver with Jeff Dawson. During COVID, we recorded all our vocals and instruments in that bedroom studio. Just goes to show how much we’re involved.

Do you plan your music releases, or do you just finish a song and release it?

Yes, we do! There’s quite a lot of planning that goes into our music releases because we always want it to be bigger than the last. We also want to make sure we’re releasing our best work so right now we have a catalog of mastered songs ready for release, and once we’re ready to carry out a campaign, we choose our favorite during that moment. Now, this catalog has grown to over 40 songs. And now we’re just waiting for the right moment to release them all!

Have fun and always look on the bright side. We prioritize the fun in what we do and I think that translates in our music and our shows.

We plan on releasing more and more music and hope to play at bigger and bigger venues. We love what we do and we want to grow with it. That’s all we can say for now!

Family guy. We love it.

Before every show, we do a secret handshake. Just to pump us up one last time before we hit the stage. To be honest, it’s not a secret; we featured it in our music video for LATKD.

Thai Food For Beginners
Next Article