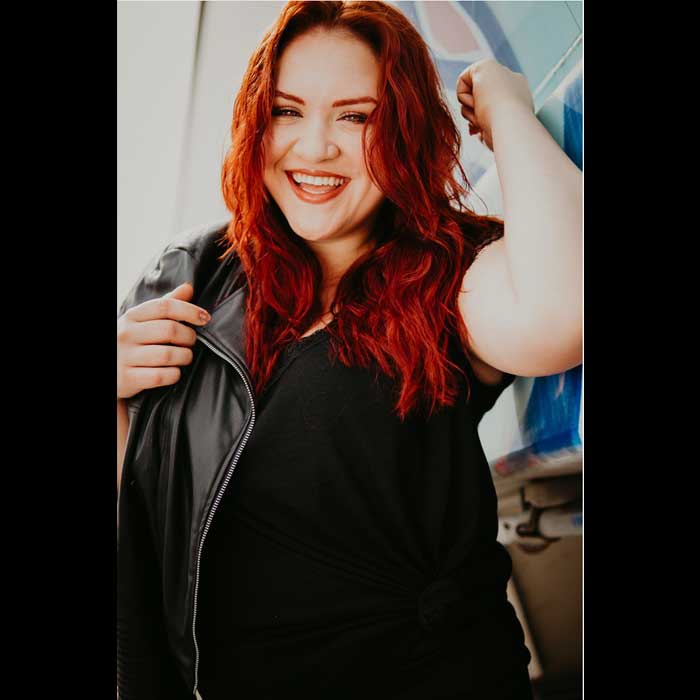 We are delighted to welcome Kristen Kae to Divine Magazine. With a fire in her soul and real-life lyrics delivered with authentic southern charm, newcomer Kristen Kae is without question a star in the making.

This Kentucky girl has been working hard in Nashville, Tennessee in the pursuit of a career in country music. Kristen delivers her music with the spirit of Reba, performs with the confidence of Miranda and delights her audience with her contagious happy disposition, just like Dolly!​

Kristen is also a member of the all-female country band “The Highway Women.”

Getting to know Kristen

All the time! It’s great for your vocal health. I don’t sing any particular songs but I love warming up my voice in the shower.

Red no doubt has become my signature color and way of life pretty much. I’ve definitely got the fiery personality being the crazy redhead that I am. Red is also a passionate, fierce and bold color, all things I would describe myself as.

Either Italian, bbq, or any good southern cooking. My favorite Italian dish is lasagna, but I also love a good pulled pork sandwich. One of my favorite restaurants is Cracker Barrel. Their apple butter and biscuits are seriously the best!

I actually just finished watching through start to finish all 12 seasons of The Big Bang Theory. It’s definitely one of my favorite shows. I’m a bit of a dork myself and I grew up around nerds, so I guess that’s why I love the show.  It seriously makes me laugh so much!

Spanish. I think it’s such a beautiful language. I took a few Spanish classes in high school so I know a little bit but I wish I had more time to devote to learning it. I even sang a few songs in Spanish in college when I studied music because I think the language sounds so beautiful when sung. Also one of my best friends is from Puerto Rico and I enjoy learning about the culture as well.

It’d tell my younger self to believe in my dreams no matter what anyone else says. I had so many people in my life growing up tell me that dreams aren’t real and that I just needed to grow up. Dreams can become your reality if you truly believe in them and work hard. Don’t let anyone ever make you feel shame for being inspired to chase your dreams.

I was born into a musical family so I honestly think it’s in my blood. Since I was young I’ve always loved singing on the stage. Music has always been my greatest passion.

In songwriting, probably one of my dream co-writes would be with Ashley McBryde because I love her songwriting style so much and I feel like we’d vibe together well.

Reba McEntire hands down. She’s my number one idol and it’d mean the world to me to open for her. I’d love to open for her on a tour and just watch her show every night and learn from her. She’s such a country legend. I love her fans so much too because they always seem equally as nice as Reba, so that would be a fun crowd to play to.

I definitely think I would be doing something in public relations. I love marketing, A & R, social media management… I actually really enjoy the business side of things.

So many, but probably my favorites would be Reba McEntire, Dolly Parton, Miranda Lambert, Ashley McBryde & Kelly Clarkson.

My music is always real and authentic to me. I don’t write it, record it or sing it unless I really feel it. I think just being real and true to yourself can set you apart because we’re all unique in our own ways. I also have a young spirit but an older soul, especially in my music styling. My music always has a bit of a 90s country vibe because that’s probably my favorite genre of music. If I could make a straight 90s country album and make it sell, I would.

Making music, performing and the fans. I love seeing a song idea turn into a beautiful song and then watch it become a full production in the studio. It’s such a magical thing to me. Performing live will forever be one of my greatest loves because you can’t get that rush anywhere else.  And the fans make it worthwhile. They are why I continue going on the hard days. It’s one thing to write a song for yourself. It’s quite another to put it out into the world and see how it helps, impacts & inspires others. That is truly why I do what I do.

Stay true to who you are, stay determined, work hard and believe in yourself no matter what anyone else says. You don’t have to see or plan your path detail by detail, but you just have to see where you want to end up & believe you’ll get there. Trust your gut because it will often guide you to the next step you need to take. Also, don’t be afraid of taking some risks because often those lead you to the best places.

Kristen has released the video for “She’s Not Me,” the Highway Women member’s latest single

The “She’s Not Me” video is for everyone who wasn’t able to relate to the traditionally romantic Valentine’s Day love songs. In particular, any girl who’s ever seen her ex get with someone who seems like nothing more than a knock-off version of herself will surely love this song and how it’s brought to life here.

Stream and download “She’s Not Me” by Kristen Kae at: https://soulspazm.ffm.to/shesnotme