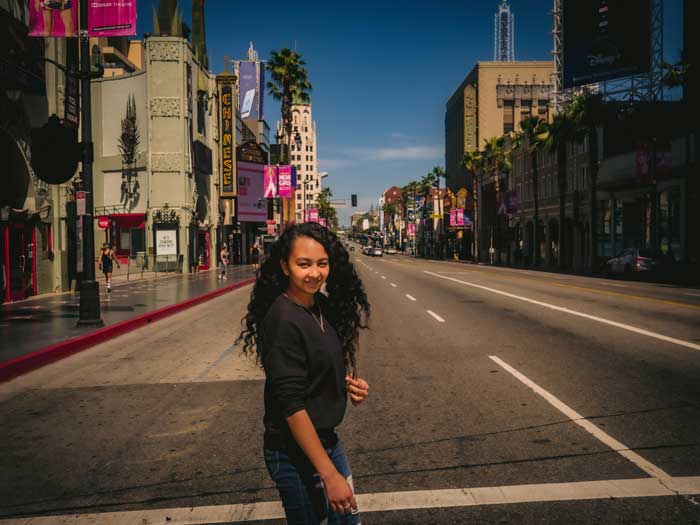 Who are your inspirations that made you decide to become a director and filmmaker?

I’m inspired by so many people in filmmaking. During the end credits of my film, I pay homage to some of the people who inspire me like Ava DuVernay, Debbie Allen, and Oprah Winfrey. Not all of them work in film, I have astronauts, Olympians, and women in politics, but they are all strong and amazing women. I think my main inspiration has to be Michelle Obama. She has the confidence, beauty and intelligence that is so inspiring to people all over the world. 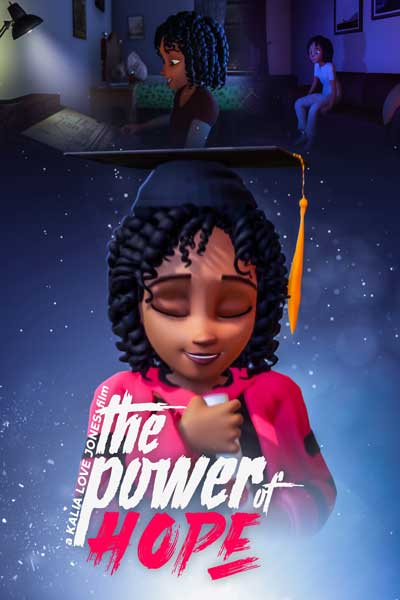 Tell us about “The Power of Hope” animated short film, what is it about?

The “Power of Hope” is a short animated film about a young girl who is trying to pursue her dreams of becoming an architect but all these obstacles are getting in her way. The animated short film tells the story of how she overcomes these obstacles using “The Power of Hope.” It’s a story of perseverance and belief in oneself. It’s very empowering.

I wanted to show them as young girls practicing their respective careers. So you see Ava DuVernay as a young girl pretending to direct her toys and Chrissy Teigen playing dress up.

What was the most important lesson you learned while making “The Power of Hope” animated short film that you will apply to your next film?

The most important thing I learned was to be confident in my own abilities and working on a film is a learning effort. The making of this film was a huge journey and I hope I can make more films in the future.

What do you enjoy most about being a filmmaker?

I love that there really isn’t anything you can’t do. There are many stories that are yet to be told through films and really the only limit is your imagination.
Thanks, Kalia Love Jones for sharing this with us and Divine Magazine wishes you all the best for your film.

Kalia Love Jones is a 14-year-old filmmaker that is inspiring young women from around the world to pursue their filmmaking dreams. “The Power of Hope” animated short film has been selected into three Academy Awards qualifying film festivals: Urbanworld Film Festival, LA Shorts International Film Festival and HollyShorts Film Festival.

Absolutely beautiful film! I was literally in tears. Bravo you lady