by Divine Magazine
in Interviews
Reading Time: 8 mins read
A A
0 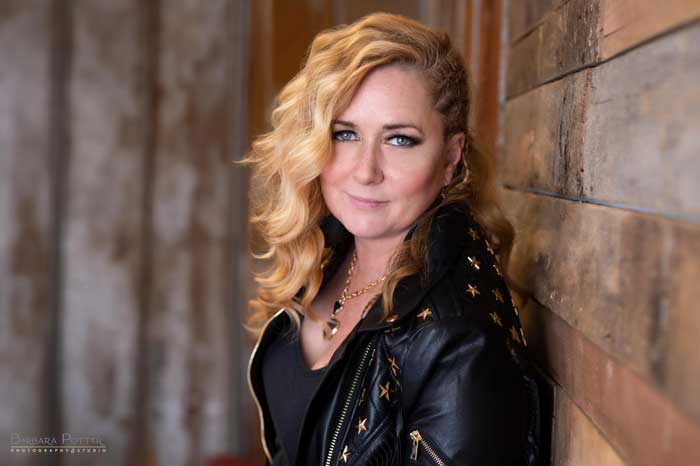 Jessica Lynne Witty is a powerfully authentic performer, capable of engaging a diverse range of audiences. This is country music for the people who say they “don’t usually like country!”

Internationally touring, Nashville recording artist Jessica Lynne Witty moved to the U.S. from Denmark in 2010 and immediately took the Pacific Northwest by storm. She has opened for National Acts such as Diamond Rio, Dustin Lynch, Keith Anderson, and Trace Adkins, played legendary stages such as the Gorge Amphitheater and the Oregon Jamboree in addition to taking top honors as the Washington State Winner of the Texaco Country Showdown. Her 2020 award winning single “Crazy On The Outside” has set the tone for a whole new chapter in Jessica Lynne Witty’s career. The result is a fresh, contemporary take on country music with female power at the forefront, at a moment when the industry and the world is sorely ready for it.

Getting to know Jessica

Patsy Cline Tribute show at the Triple Door Theater in Sept of 2019. I was performing.

I basically watch/follow 5-10 different series at any given moment. I am a series junkie. Currently I am hooked on “Manifest” and Superman & Lois (DC COMICS)

Sassy Spice! And I adore the Spice Girls by the way.

The Baddie!!! Kind of like a female version of Lucifer (the series) he always has the best lines.

Oh Dragons of course! Before Danerys went all bonkers on GOT I totally loved her.

Not a movie, but a series. LOST. **Spoiler alert** I hate that it turns out they are all dead. I would have done ANY other ending but that. Perhaps they were from a parallel universe or abducted by aliens or something. Anything but that. I wish I could come up with a cool ending, but I’m a singer, not a show writer. LOL

I don’t remember ever NOT being into music! LOL But what truly got me into music in a serious way, in the way where I knew it was my passion, was when I was a little girl. I grew up in Denmark, in a small town and I was home sick from school when I discovered “CMT” – they were trying this channel out to see if their audience wanted it (which they didn’t) – but I fell in LOVE with country music. Faith Hill’s “Wild One” really hooked me. I thought, “she’s singing about me!”

I started writing songs when I was quite young. When I finally got a piano in the house, I was listening to Mariah Carey and Whitney Houston and was inspired to write big ballads like they sang. The Beach Boys and the Everly Brothers gave me the love of harmonizing.

I am country – through and through. After trying all sorts of music on for size, country music seems to have my heart and soul. I listen to many other genres, but when I create, it’s country!

My music is basically my diary. Yes, every once in a while I will write a song that’s not about my own life experience, but for the most part, I write what I know. So I guess you could say my music says everything about me. I hope that anyone listening to my songs will feel like they know me just a little more for every song. Like a musical puzzle!

At times it seems like songs are flowing out of me and I can’t stop at every moment to write a song. So I have taught myself to sing little phrases on my phone whenever I feel inspired. Then I carve out the time to sit down with it and see if something comes of it. That’s how I’ve been working for years. It also helps when you sit down to co-write to have something, some idea or concept or even just a little hook to get started on.

For songwriting, I’ve been wanting to collaborate with Gary Burr since those young days of listening to 90’s country. I have had the opportunity to open for him and talk over coffee – he even critiqued my first EP “Catch Me If You Can” and it’s better for it! I think I’m a long way from truly collaborating with him, but it sure is on my bucket list. Georgia Middleman and Victoria Shaw are on that list too.

Collaborating in general, as in doing a duet or something like that, Kenny Chesney is someone I would love to collaborate with. I believe I could learn so much from him.

Again Kenny Chesney comes up. Wouldn’t hurt to open for Miranda Lambert either. Both have a way of bringing their opening acts on as trainees for the big time. I’ve heard they are both the coolest to be on tour with.

OH yes! I have written more during this pandemic than in the years prior. For me it’s not so much about being inspired, but about having the time, no, carving out the time to really get the work done. I wrote and recorded more music than I have for years!

I had to really rethink my whole approach to music. My career has always been centered around the live show, and once the pandemic hit it was over a year where I couldn’t do that. It’s been so good for me to look at everything differently. I needed a change and I got it, whether I liked the package it came in or not (the package of a pandemic)

Do you plan your music releases, or do you just finish a song and release it?

When my publicist (Paige) and I got together to plan 2021 (back in 2020) and decided to release 1 song a month with an accompanying video, we planned it all out. I’m usually planned out 6-12 months at any given moment. For example, some of the songs I will be recording in Nashville next month are coming out in 2022. That’s how far in advance we plan. I like it that way. It gives me so much time and creative freedom for each project.

All this music I have been working on putting together and putting out the last two years is all going on an album. I’m calling it “Take The Lead” and it’s coming out in November. I’m so excited, I have been deliberately recording and picking songs that all fit together to create a listening experience. I am also holding on to a few singles that will be coming out alongside the album and one is “album only”. I’ll be ending the year with a Christmas single called “I’m Home (And It’s Christmas Time)”. I wrote it in Christmas 2020 when most of us couldn’t get home for Christmas. It means a great deal to me.

PRE-SAVE/PRE-ORDER “It’s A Matter Of When” on Spotify and I-Tunes:
https://snd.click/ItsAMatterOfWhen

Reasons Exterior Maintenance Is Important For Your Business