With her music career spanning the past two decades, JD has amassed incredible accomplishments such as touring and performing at US military bases such as Fort Hood and Guantanamo Bay, performing as the first and only-ever house band for the Florida Panthers during their 2015-2016 season, and having her cover of “Better Times Will Come” chosen as the featured song on Janis Ian’s website BetterTimesWillCome.com to name a few. A proud member of the LGBTQ+ community, she has also toured performing at Pride festivals and LGBTQ+ events throughout the United States.

One of her most notable achievements came in 2010 when her original song “Thanks To The Brave” was chosen by NFL Cheerleaders for their USO tour and subsequently invited to perform during the halftime show for the Indianapolis Colts at Lucas Oil Stadium. JD has also received a bevy of awards from Fort Hood Army Base, Forgotten Soldiers Outreach, and the Disabled American Veterans for her music supporting our troops.

With a philanthropic heart, JD is deeply determined to give back to others through the power of music. J.D. has partnered with the American Cancer Society, Disabled American Veterans, Forgotten Soldiers Outreach, several animal rescue organizations, and organizations assisting victims of domestic violence. Proceeds from her song “Shelter From The Shame” benefit various women’s charities and domestic violence awareness groups. 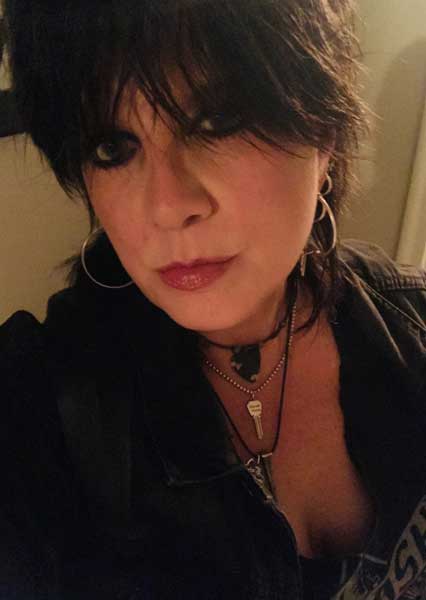 During the pandemic and quarantine, I did what many other artists did which was a live stream and Zoom concerts.  The lockdowns around the world opened up a rare opportunity to get your music out to literally the entire world.  So even though the technology was already available, what made this situation unique was the fact that because everyone was stuck out at home, they were at their computers searching for concerts and some form of live entertainment.  Whereas before people would go out to clubs and concert venues to see live music.

With outlets such as Zoom and Facebook Live, I was reaching new fans in the UK, Italy, Spain, France, and beyond.  So that resulted in “In-House” concerts and the launch of a new podcast called, “The Rainbow Remix” which I co-host with Denise Warner who lives in London, UK.

I want my fans to know that I love and appreciate all their love and support!  As an indie artist it is not easy to get your original songs heard so to have the audience singing the lyrics to your own song at a show is a priceless feeling.  Or to receive an email saying that one of my songs meant so much to someone that it changed their life is a very surreal feeling.

There is an exchange of energy at a show between the performers and the audience that is beyond any words. And when that happens it is nothing short of magic!  As cliche as this may sound, to sum it up – my fans are the wind beneath my wings!

I believe I would have continued school to become an attorney. The law has always fascinated me. Bringing justice in a sometimes very unjust world can be a great life’s work.

I believe the internet can be a slippery slope. On one hand, it has opened up so many opportunities for independent artists to get their music heard.  Some artists have found success through sites like Youtube and TikTok. However, on the other hand,  the vastness of the internet can be daunting. You can reach the world but yet so are millions of other artists. So how do you rise above being a needle in a haystack?

I have been blessed to have played pretty much every type of venue out there – from the dive bars to a stadium and everything in between.  Some of my favorite venues have been the Blue Bird Cafe in Nashville, Tn, Arts Garage in Delray Beach, FL, Lucas Oil Stadium, and of course I was honored to perform at many military bases in the US and Guantanamo Bay.  However, I cannot say I have any “least favorite” venues.  While my favorite venues I just mentioned were amazing, the intimacy of the smaller venues can be just as amazing as far as connecting with the audience.  As for the dive bars… well they have given me a lifetime of funny and priceless stories!

I am currently working on an all-original show called, “Life In A Song,” The JD Danner Story.  I am so excited about this show because I will be telling my story through my songs.  This is a biopic with music.  The debut of this show will be on October 14th, 2022 at the fabulously Arts Garage in downtown Delray Beach, FL. This is a concert venue and an art gallery. Anyone who has a dream and has ever feared failure and rejection needs to see this show!

My first piece of advice would be to get a thick skin! This journey is not for the faint at heart and everyone is not always gonna love you.  However, for every disappointment, there is a great opportunity around the corner.  So dare to dream and never say never!  Another important piece of advice is – you should check your emails often and always answer your phone! Opportunity doesn’t always knock twice… You never know when that email or call is gonna come along bringing the next great experience. Leave no opportunity unexplored, even if it seems unlikely or out of your realm.   It is not always the things we are chasing that are the best things to come to us. So many awesome opportunities that have come my way were things that I never even thought of pursuing.  You’ve got to think outside the box, keep an open mind and carry on!

“Never Say Never” or “Dare to Dream” for sure!

At my niece Joanie’s wedding – I was the maid of honor. However, as mutually agreed upon, right after the salad was served I changed into a very chic girl-tux!

Not on my bed, but on the couch in my studio room is my original “Smokey The Bear” stuffed animal from when I was 5 years old.

Definitely Italian. I did an ethnic DNA test and am 97% Sicilian. My dad was from Sicily and my mom is also Sicilian – first-generation American.

I am a life-long germaphobe. They did not think of one thing in the way of fern prevention that  I was not already doing when the pandemic hit. It was like I had been in training for that all my life!  However, it can be exhausting to be that way.  For example – I really wish I could go into a hotel room and behave like a normal person…