Divine is thrilled to welcome Jason to the torture chamber…uhm, I mean interview room. We caught up with him to talk about his latest film, Analysis Paralysis, his next film and what the world is like according to Jason. 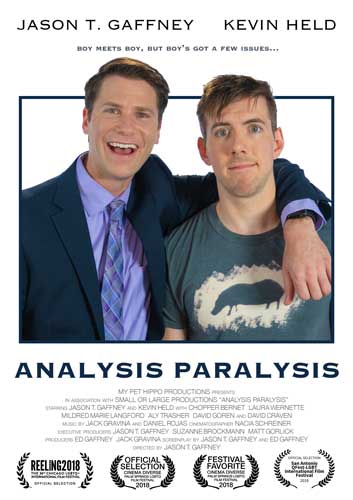 If you could go back in time to change one thing, what would it be?

I would go back and get Hillary Clinton elected!

If you could breed two animals together to defy the laws of nature, what new animal would you create?

I would match up a pig with a hawk. I love pigs (they’re my favorite animals alongside hippos), and the idea that I could have a pet pig with wings that could fly would just make my life perfection!

Who’s your favorite Villain/Baddie in book or film?

That’s a hard one because I have so many favorite Villains/Baddies! One of my all-time favorites though is Winifred Sanderson from the movie Hocus Pocus. She was my first favorite bad guy, and I enjoyed everything about her. Bette Midler did a wonderful job in that role in making a reasonably scary villain for kids while bringing enough humor to the role so I wasn’t traumatized by her. That the biggest key for me with liking Villains/Baddies. I want justification for their actions. What injustice did they go through to act the way they do? If it’s plausible then I’m on board!

If you had a warning label, what would yours say?

What fictional tale character would you most associate with?

The movie takes place over one night, and we watch as he struggles with saving his business, while doing the right things as chaos surrounds him. I relate to him since I’m also a small business owner (of My Pet Hippo Productions).

It’s always a balance between managing the business and dealing with potential challenges and frustrations, while also wanting to make the world a better place for everyone! It’s definitely tough, but I’m really inspired by the people I get to meet and work with, much like Philip! 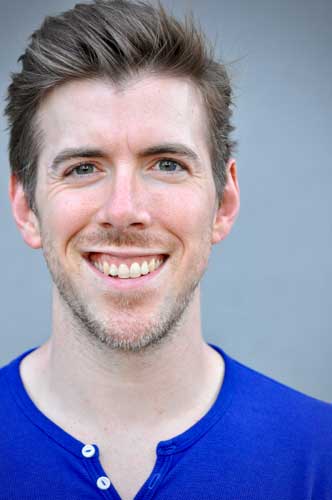 And now we get down to the nitty-gritty questions.

You’ve not only danced your way across a stage, written productions for theatre, and made films—you’ve also co-written a series of books called Creating Clark, A Match for Mike and Fixing Frank (all of which are on my Kindle TBR).  Tell us a bit about this.

I’m honored to be on your to-be-read pile!

I love telling stories, and my main goal is making funny movies to help people escape the world for a little while. While I cracked the code for how to make an independent film without breaking the bank, some of the stories that I wanted to tell were just a bit out of the budget.

So, my dad (one of my screenwriting partners) and I decided to write them in book form so they could get told. The books follow the same mission statement of My Pet Hippo Productions, which is that we tell LGBTQ stories where the main conflict and humor doesn’t come from the characters being LGBTQ. I believe in a world where love wins and where being LGBTQ is just another feature of a person, like blond hair or brown eyes.  Basically, I write books and movies set in the inclusive world that I want to live in.

A little bird told me you’re a Dr. Who fan? Hopefully, my source is correct lmao. Which Doctor has been your favorite so far?

I adore Doctor Who! All of The Doctors have a special place in my heart for sure, but I have two favorites. The first is kind of a sneaky answer and that is Doctor Donna. Donna Noble might be my all-time favorite character on the show (although her grandfather is epic too!), and technically she does become The Doctor for a brief time. (I’d love for the show to bring Catherine Tate, who plays Donna, back in some way at some point!)

Ok. So wild answer aside, my favorite actor to play The Doctor is David Tennant. It’s possible that I love him because Donna traveled with him, but I think that he was just as wonderful as The Doctor. The episodes where they’re in the Library were some of the most intriguing and scary, and fun in the whole series. And we get to meet River Song, who is probably my husband’s favorite character next to Missy!

I actually didn’t mind it that much. If anything, I was able to teach him a few things about how sex between two guys can sometimes go. But to be honest, he’s always been super supportive of me, and we’ve never been that shy about talking about sex in my family.

For example, once I officially came out, he gave me an ‘addendum-ed’ birds and the bees talk. He said that he was there if I had any questions, he would answer them to the best of his ability and look up the rest and encouraged safe sex. He finished the talk with letting me know that he was going to buy me a gift and would leave it in my bedroom. The next day I had a box of condoms on my bed. It was parenting done right! 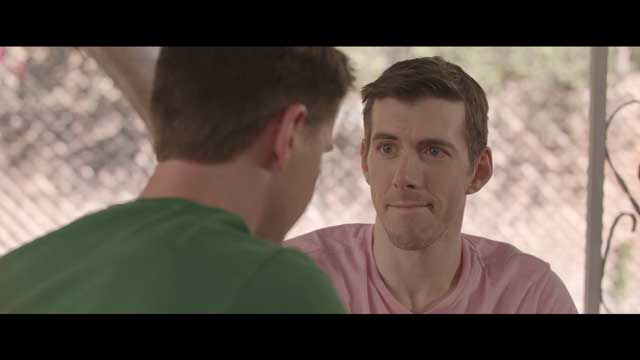 You’ve chosen to represent Mental Illness and breaking Hollywood stereotypes when it comes to LGBTQ representation on screen in a fun and informative way, choosing to highlight the struggles people have with things like depression and quirkiness without going too deep or dark. This is a refreshing change. What made you decide to do it this way?

For many years, Hollywood has painted mental illness and depression as this deep dark place where the person afflicted by it can’t get out of bed. They also painted it as taboo and, as such, many people feel the need to whisper when we talk about it. But the reality is that most people who are affected by these things get up every day and live their lives. They experience all the emotions and are capable of laughter. Depression and mental illness are not one size fit all.

By making Analysis Paralysis a comedy, and making Tyler’s anxiety something funny that everyone could relate to, my hope was to start a larger conversation about mental illness and the need for people to get help!

You’re currently making a new film called Out of Body. Tell us more about this one.

It’s another romantic comedy, only this one has a paranormal slant to it. The story takes place over Halloween and follows two best friends, Henry and Malcolm, who are meant to be together, but neither one is able to make the first move from fear of losing the other.

On Halloween, Henry finally kisses Malcolm, and it goes horribly wrong. The next morning, he wakes up and Mal—who’s crashed on his sofa—is gone. Only the audience can see that Mal’s really still there, but Henry and his other friends can’t see or hear him.

Malcolm has to haunt Henry to convince him that he is still there. Highjinks ensue, spells are cast, but now Henry’s the only person who can see and hear Mal—and his other friends think he’s losing it, big time, as he and Malcolm fight to figure out a way to get Malcolm’s body back.

It’s got moments of really intense drama and romance along with the comedy!

You and your co-star Kevin Held also operate a podcast which is tongue in cheek and shows us how to look for the good things in life. I’m assuming you’re a glass half full kind of guy. Do you find this sort of approach to life easier and more fulfilling than being one who find the glass half empty?

I definitely am more of a glass half full kinda guy, but on any given day it can flip the other way for sure, and I can tell you that I enjoy being glass half full way more than the other. However, if there’s something exciting that’s perhaps unlikely to happen, I’ve been known to assume it won’t so that if it does, I get a delightful surprise rather than a nasty disappointment.

But, one of the things I’ve done is surround myself with people who are succeeding and are optimistic. Seeing people doing great has been a big inspiration to me, and I love it when a friend’s hard work pays off! It also inspires me to keep going because we really all can be winners in the end!

Jason, thanks so much for being such a sport and we hope all goes well with this film and anything else you turn your mind to 🙂

Watch the trailer for Analysis Paralysis below

Where to watch this film –

Interview done by our Editor in chief Susan Mac Nicol

Devin Kennedy is back with more blissed out melodic pop anthems You & Me, That's Enough October 4th.