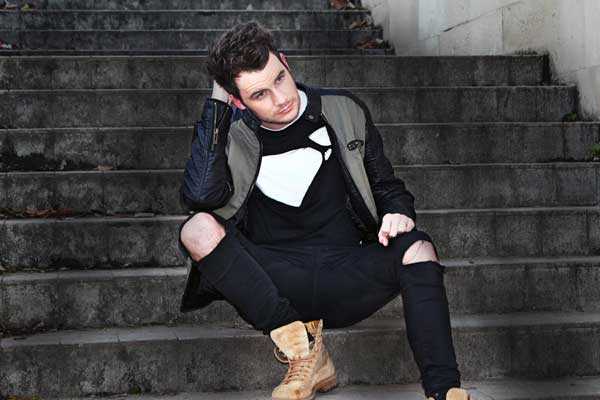 You’ve seen this gentleman before on Divine. We’ve featured an exclusive interview with him and a new music feature. Now you get to read a little bit more about him and find out about the motivations and plans for his upcoming Confessions Tour taking place from 21 Jan to 7 April in various worldwide locations.

I had the pleasure of doing a Skype interview in December with David and his agent Helen Rees, from Black Rainbow PR. David was somewhat esoterically dressed in his dressing gown with clothing underneath and looked casual and at home in his London apartment.

The interview was somewhat informal, as I prefer my victims to be relaxed. It makes for better biting 😊 (I’m joking of course)

After the usual hellos, and making sure we all had a cup of coffee or tea, I got down to business with the pair. 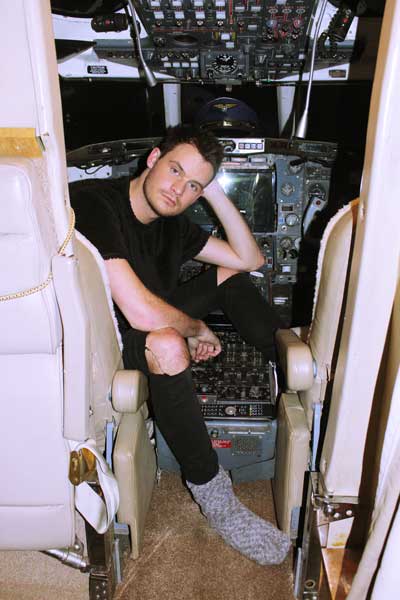 Sue – So David, since we last spoke, what’s happened in your life we can tell your fans about? What is the motivation behind the new Confessions tour?

David – It’s the next chapter in my life. It’s about cleansing what’s in the past and entering a phase of rebirth. The new music for the tour is geared towards that and I want to get myself out there and grow both my music career and myself.

Sue- The industry you’re in is very tough and competitive. It can drain a man’s soul if he lets it. How do you keep your head clear in all the chaos and stay true to yourself?

Helen– It’s true what you said. This industry can be a fake one, with people seeing artists as a product and not a person. David’s been through this and it wasn’t the way anyone wanted to carry on.  The last thing I want as an agent is to see a human being treated purely like a commodity.

David– Absolutely. The relationship I have with Helen and Katrina (Helen’s daughter and partner in the business) is one of both business and friendship. My old management company tended to treat me as just a product, like something with a barcode. I tend to be a sensitive individual, maybe a little vulnerable, and I’ve been through some rough times of my own. Having someone on my side to rely on that isn’t all about the money or the fame helps when all I want to be doing is writing music or performing.

Sue– How do you cope with the fans and the demands on your time? Do you think they have a sense of entitlement that you belong to them, that you owe them something?

David– I’ve had some issues with fans, and yes, some of them do take things further than they should. I had some problems with a stalker, which hopefully has now been resolved, but it’s scary when people think they own you. Being a public figure, you must learn to balance and walk the thin lines between being public and people encroaching on your privacy. 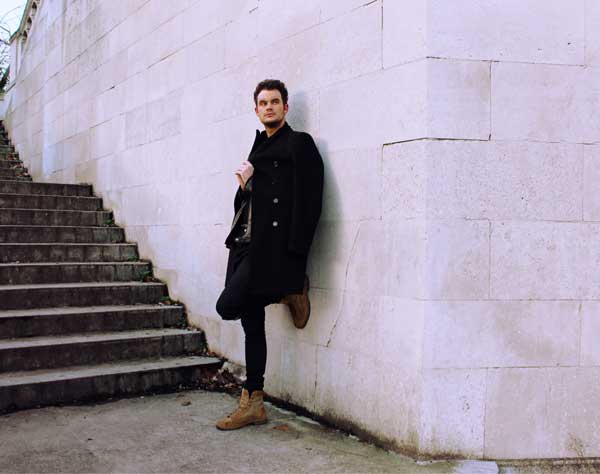 Sue – Let’s talk about you. Tell me a few things about yourself you think people should know. Also, I’m curious. What’s the reason for your success in Poland?

David laughs – I met two girls on Twitter, chatted to them, played them some music and before long, word got around via them. It was an incredible supportive thing to do and they are still my biggest fans. On the other thing about me…hmm.

He hesitates – I’m a bit of a control freak (I get the feeling he’s more than a bit when Helen rolls her eyes and snorts. There’s a definite air of affection and trust between the pair and it’s wonderful to see). I like to have my own say and will fight to get what I want. Like I said before, I can be a bit sensitive, and yet I really don’t mind people taking the mick out of me in a fun way. I think I’m a very positive person.

He grins – As well as the music career I work in a pub as well, and I’m always getting asked to sing, sometimes I’ll do it, other times I’m too busy pouring pints.

Helen is nodding and smiling, so I imagine she’s agreeing with him.

Sue – You sound like a very well-rounded guy with his head screwed on so kudos to you for being able to do that in such a cut-throat industry. So, what’s on the cards this year then?

David – The tour kicks off in January, until April. I can’t wait. I’m also doing some smaller, intimate gigs as a taster for the tour. I’ve got a new album out in June as well. I’m thrilled at doing a documentary with Vevo as well, which should be out around May 2018. It’s about the inspiration behind my music over the past 5 years, the way things have evolved and what’s happening in the future. It’s going to be a lot of fun. Digital media is a great way to get your name out there. I’ve had radio play in Australia, but I’d love to see my music being played on stations in the US and more in the UK. Using things like BBC Introducing is also a win-win, where unsigned artists can upload their music.

Sue– Talking of digital media, have you got a life lesson you’d like to share regarding social media, this big thing of the future?

David– Don’t air your dirty laundry in public. The internet is forever and anything you say may remain hidden for a while, but will always be there. Be careful what you say about people.

Susan– I hear you. I see it all the time, people saying stupid things and the public out there never forgets anything. Right, so I think it’s time for you guys to have more coffee and breakfast. Thanks so much to you both for chatting to me as it’s been great to get to know you both this way. I look forward to seeing you both in person in February at your London concert, David. I can’t wait. Be prepared for lots of fan-girling, selfies, and pictures. 😊

Without further ado, here’s where you can find out more about David’s upcoming tour and where to buy tickets.

The Paris venue has already sold out. There are still tickets available for other performances though so head down to David’s website and buy one.

‘Ahz Moses is an RNB singer/songwriter, hailing from Houston,...

What To Consider During Home Remodeling Projects

Before committing to any plans, be aware of what to consider during home remodeling projects. Make sure your plans are attainable and safe for construction.