by Divine Magazine
in Interviews
Reading Time: 3 mins read
A A
0 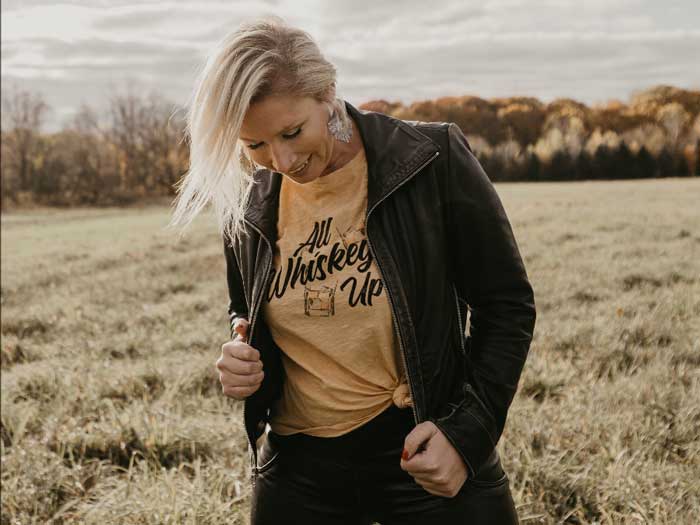 We are delighted to welcome Whiskey Fixx to Divine Magazine. Featuring Heather Nicole on vocals, Aaron Christoff on drums, and Eddie Lane on guitar, Whiskey Fixx, the Detroit Area’s Fan Favorite country & rock music group describe themselves as “not your mama’s country,” and they deliver on that statement. Their songs are inspired by different genres and take on elements of pop, rock, alternative and rap.

I write songs about my life and how I feel. Usually I have something on my mind and write down all my thoughts in a notebook. I then try to come up with a catchy line or how those thoughts come together and go from there. I try not to put limits on myself to make it sound “country” or anything specific. I just want to write good songs that resonate with people.

It would have to be Carrie Underwood. I feel that we have a similar audience demographic. I think our styles are similar yet there are many differences in how they are executed. Plus, I think it would be really awesome to get to know her a bit and hang with her.

Be yourself and do something that makes you happy. The best part of being a performer and artist is looking out into a crowd and knowing that those people chose to spend their night with you and you are taking them away from everything just for a moment of happiness. That is what makes me whole and complete. Find that feeling for YOU!

I have always been into interior decorating and always thought finding a career around that would be really fun! I have recently started to pursue this in addition to my music career.

-If we were to look at the artists you are listening to, who would be on your playlist?

Whiskey Fixx, have released their fourth single “Broken” premiering on ProCountryMusic.com, now available on all digital download and streaming platforms. Since the band’s first release in 2018, they have been nominated for Best New Song, Best Country Vocalist, Outstanding Country Artist Group, and Outstanding Country Band at the Detroit Music Awards.

Traditional vs Modern Bathroom - Which One is the Right Solution for You?