With a blend of modern music and the sound of soulful, old-school music by which he is heavily influenced by, Tulsa-based singer/songwriter, Calvin Loron is ready to join the list of countless great acts that have come before him.

After receiving positive feedback from public radio in the UK market on his original songs “Old Fashioned Love” and “Right Now,” Calvin knew music was something he wanted to do long-term. He has performed at music festivals and on live television segments such as Creekchella Music Festival, Channel 8’s “Good Day Tulsa,” and Rogers State University’s “Studio 66.” Calvin plans to continue to make and perform music that speaks to people from all areas of life. 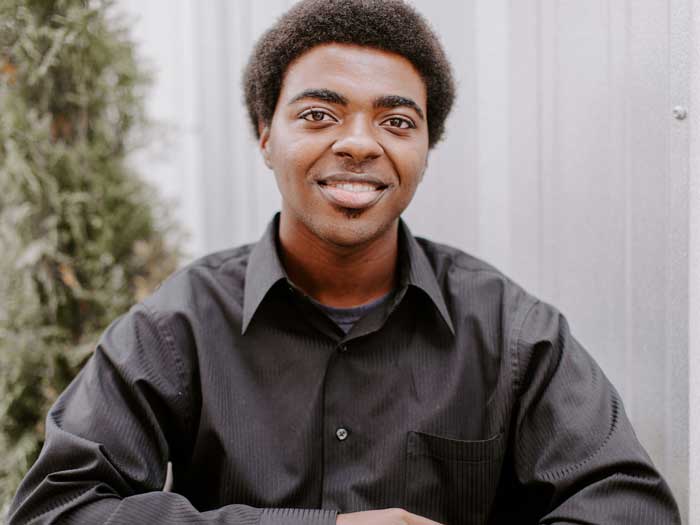 What got me into music was listening to old-school music from the 60s and onward. As a kid, I’d listen to James Brown, The Temptations, The Jackson 5, and countless other acts. These artists inspired me to begin writing my own music.

My creative process for music is exciting. I begin with a melody and lyrics that I record so I won’t forget them. Once I have an idea of how the lyrics and melody will sound I get a musician or music producer to build music around them. Last comes the vocal recording and the song is ready to go.

If someone were to look at my music playlist I’d have a ton of old and new music mixed up. Some of the artists would be Leon Bridges, John Legend, The Temptations, Bruno Mars, Silk Sonic, Marvin Gaye, The Jackson, and a whole lot of other great acts.

My favorite song my band and I love to perform is Man on a Mission. It’s a fun, uptempo song that gets the crowd moving.

Here is my nugget of wisdom to pass to the next musical generation. Keep chasing your dreams. With enough hard work and gaining valuable knowledge, anything is possible.

I think Dinosaurs are cooler than dragons but dragons are awesome too.

The Hank the Cowdog book series is my favorite children’s story. I loved those books as a kid.

If I had to choose between being the character that gets the hero/heroine or the baddie with the good lines I’d choose the baddie. The lines they come up with are hilarious and the audience always loves a witty villain.

Seeing old TV commercials makes me feel nostalgic. I always get a “blast from the past” feeling.