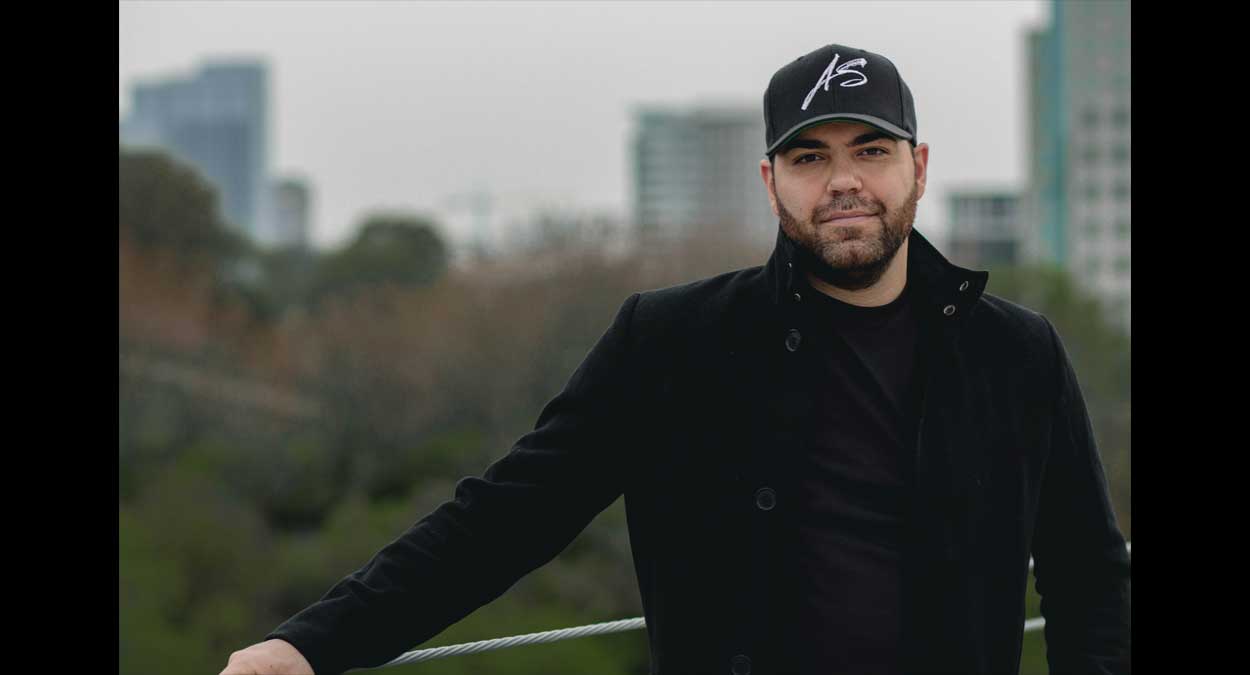 Andrew Salgado, who has been signed with Synapse Publishing & Entertainment®, LLC since 2017, came to prominence by winning a national singer-songwriting competition and has penned songs for and with legends such as Brian Wilson, Darryl Worley, and Kacey Musgraves. He has opened for some of country music’s biggest icons such as Eli Young, Clint Black, and Toby Keith released several well-received indie albums and had his music featured in film and theatre.

The Nashville-based recording artist with Chicago roots released his third album, ‘86 VOL 2 – Autumn Dawn’ on April 8th, followed by a 2-month media tour, resulting in his first radio single, “Lipstick Stains on my T-Shirt,” which is moved rapidly up the Music Row charts while playing on over 45 US radio stations and several major stations overseas. His single “Learning How to Forget” has seen massive success, hitting number one on The Roots Music Report chart, and number 80 on the Music Row Magazine Country Breakout chart.

Andrew’s immense talent has led him to be featured in multiple magazines, on podcasts, and even seen on television and heard on the radio. Salgado was featured for three years on the nationally aired PBS special “Songs at the Center” and has had appearances on WGN, ABC and NBC.

My father had a top 40 band and I asked him if I could join one night for rehearsal when I was 13 years old. Once I was there I feel in love with the band and wanted to join, so I begged and pleaded and they let me in. Then the rest is history.

So many people, when I was younger I loved Alan Jackson’s voice, Elvis and so many others. But it wasn’t until Keith Urban that I really wanted to make music and be an artist and play guitar, he made it look so fun! Take my advice it is!

Three chords and the truth with a touch of Latin, Pop, Rock, Blues and more.  A Kaleidoscope of music.

I write a lot, I turn in about 40-80 songs a year to my publisher. The process is always different. Sometimes I start with an idea, a title, or a chord progression, or sometimes I just start and let things happen. For me, it’s a form of therapy so keeping writing the main focus is very healthy for me.

I set time aside to work on projects and I dig deep into the songs thinking about how they should be arranged and produced.

I use different acoustic guitars and I believe every guitar sounds different.  Depending on where I am and who I am working with, gear changes.  My record label, Synapse Publishing & Entertainment, LLC was able to secure a 6 string banjo and other instruments so I could complete the project.

Anyone who wants to lol. But also a song with Alan Jackson, Clint Black, Neal Mccoy or Keith Urban would be pretty amazing.

For me, the writing never stopped or changed, mostly because I use it as a form of therapy and it’s something that is just a part of me. However not touring tore me apart and was the most difficult thing I’ve ever had to go through. I truly love traveling and playing shows for people. I started performing when I was about 8, live shows are the other part of me.

We started with a virtual tour which was fun and weird at the same time. I couldn’t go anywhere but our studio and I couldn’t hang out with my band and we were performing into cameras. So we knew people were watching but we couldn’t see them, so it was a new experience for sure.

All over since I was 13 years old. I started to travel outside my hometown in 2013. My Favorite place is the next place!!! My least favorite is anywhere it’s freezing cold lol. We are starting “The Keep Coming Back Tour” this January!!!

I wear the same cross around my neck that I got and was confirmed with at 13.

Thank you for listening and supporting us, it truly gives us hope and encouragement. And there’s so much more coming!!!!

Touring in 2023 across the country and more radio singles.