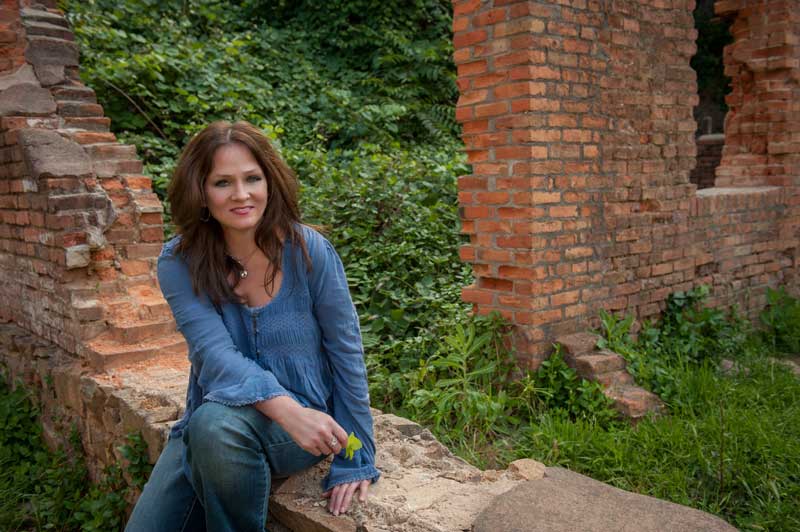 A native of Oklahoma she was raised by a family of music teachers, Amy sings with ease and conviction. “Music is the most powerful mover in the world,” she believes.

Amy currently lives in the Dallas-Fort Worth area in North Texas, and she graduated from the University of Oklahoma with a B.A. in TV/Radio/Film. Knowing radio first hand, her career took off as an account executive for iHeart Media and Cumulus, which has elevated her knowledge of music standards and helped her to land placement on multiple iHeartMedia stations.

Amy Jack’s debut album, was produced by country music legend and GRAMMY-Award winning artist Merle Haggard. One of the final projects the late 38-time no.1 singer/songwriter produced, Introducing Amy Jack continues to uphold Haggard’s legacy with a country sound that’s honest and thought provoking. Featuring a cover of Haggard’s “Got Lonely Too Early,” Jack co-wrote ten of the tracks on the album. “Merle taught me the value in being honest,” Jack shared on her experience working with the country music icon as he helped perfect her authentic country sound.

Jack’s music speaks to the masses, proven by a successful track record of power features. Her song, “For The Love of the Game” was prominently featured on the 2016 U.S. Olympic Committee’s ‘Road to Rio’ Tour, in addition to a featurette for Kobe Bryant on FOX Sports and the ESPN Network during March Madness the same year. Her song, “Shake And Bake” was featured in a Fox Sports segment for NFL star and Heisman Trophy winner, Baker Mayfield. Fan-favorite track, “Born To Lead,” was featured as the soundtrack to the NCAA’s Lombardi Awards. Additionally, Jack’s track “Vegas Style” played during the NASCAR Gander RV & Outdoors Race at Las Vegas Motor Speedway. In 2022, Amy released a slew of new music including fan-favorite and inspirational tracks “LA’s Calling My Name” and “Let’s Go” along with “Stay Breezy Baby,” which received high praise from Country Sway for its “lighthearted and joyful melody.”

With the helpful guidance of the iconic Merle Haggard and her expertise in the industry she has established, Amy Jack brings passion and heart to each of her songs, proving her music can bring together all corners of our culture.

For as long as I can remember, I’ve aspired to be a musician. Growing up, my mother and grandmother were music teachers, and I was always surrounded by the sounds of piano or singing growing up. When I had my first piano lesson at five years old, I knew that music was something that would forever play a special role in my life. Merle Haggard was always an artist that blew me away sonically, and I was so fortunate to have him produce my first album, it was a full-circle moment for me.

I try to create lively and meaningful music for listeners. My goal is to relate to people and share stories with them, while also putting a smile on their faces.

What was your creative process like for your most recent single “Let’s Go”?

While writing the song, I was talking to my co-writers about how excited I was to see a game later that day. As a huge sports fan, I just wanted to share my enthusiasm with fellow fans and make an anthem that serves as a way to hype fans up before a game.

Merle Haggard, Willie Nelson, Barbera Streisand, Cher, Elvis and many others have impacted my music.

Throughout your music career have you learned any tips for dealing with writer’s block?

I try to find inspiration organically, even during the mundane. I write about how I’m feeling or what I’ve been thinking about, which is very therapeutic for me and hopefully for others as well. Usually, I’ll write with others so we can put our heads together and riff off of each other’s ideas, but my best advice would be to go into a write with an open mind and just see where the music takes you.

I’m finishing up a new Christmas song, which will be released very soon, so keep an eye out for it in November.

It would have to be “Indomitable Spirit.”

I think I would be purple because it reminds me of being open and digging into my feelings. I see purple as being open and vivid, perfect for expression and creativity.

Thinking of family moments with my brother, who I just lost. He was my biggest cheerleader and I know he would be proud of what I’ve accomplished.

Were you true to yourself and true to others?

I would love to learn Spanish – I’ve always thought it was a beautiful language.

Amy just released a new song. Get in the holiday spirit with Amy’s new holiday track The Miracle Season

Tips for Dating a Jewish Guy Successfully
Next Article