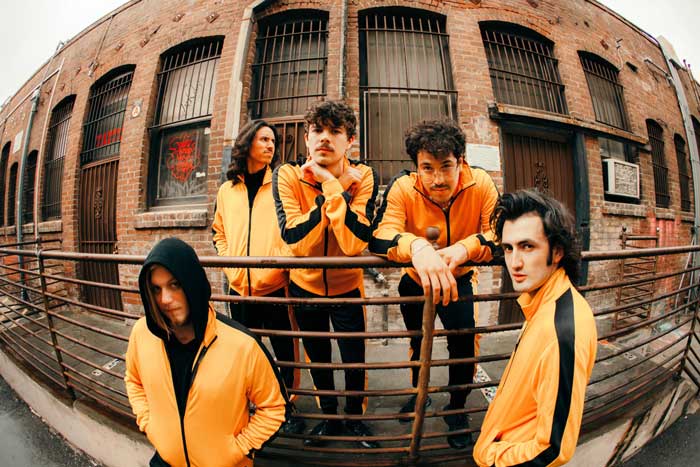 Rising indie-pop band HATE DRUGS, consisting of Josiah and David Caploe, Norman Lee, Adrian Diaz, and John Irwin IV, have released “Night I (Don’t Stop),” a guide through the daily turmoil of reality. The genuinely inspirational track enables their listeners to push for their dreams, even when it becomes hard to see the light at the end of the tunnel. After a brief six-month hiatus, the group is back to ensuring their musical impact. The single is now available on digital music platforms worldwide.

Created in the snowy mountains of Sierra Nevadas, in a warm cabin within the evergreen trees, the group set out to invent a sound that culminated with the growth and perseverance of their friendship. From the warmth beneath each guitar pluck to the rhythmic hi-hats, the track’s blissful ambiance captivates almost instantly. The encouraging melody questions how strong the will to succeed is and how important our dreams are. As the lyrics state, “Don’t stop, only 20 miles to the tip-top. Give it one more year until you wake up. Hold on tight, but your hands are shaking now.” The emotion put into every line is felt almost instantly, as the band sought to bring awareness to the notion of throwing in the towel. Written, recorded, arranged, and produced by HATE DRUGS, with additional mixing and mastering help from Cory Reyes, the track serves as an honest perception of their collective journey.

HATE DRUGS was founded by David Caploe with the release of his self-produced EP, Rough Daze. The remaining members – Josiah Caploe, Norman Lee, Adrian Diaz, and John Irwin IV – joined the band shortly after and released two more EPs and LPs together: Anna Grahm, Beach Weekend, Tsunami Soul I, and Tsunami Soul II. Collectively, HATE DRUGS’ catalog has garnered over 5 million streams across all platforms to date. The band has since toured across the country, playing shows with other emerging indie bands, including HARBOUR, Dayglow, Jasper Bones, Ritt Momney, The Grinns, and Vista Kicks. 2020 marks the beginning of a new era for HATE DRUGS, as they prepare to release their latest creation, Ponderosa.

“Night I (Don’t Stop)” demonstrates how dedicated HATE DRUGS is to create a one-of-a-kind sound and highlights the undeniable prowess in their musical abilities.

The single is now available for download and streaming on digital platforms worldwide.