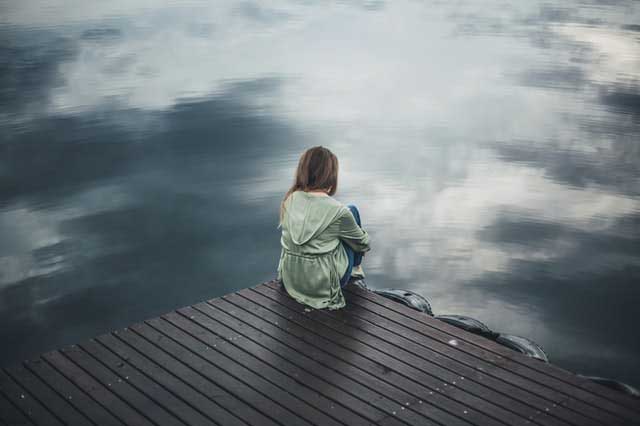 In A Pinch With Anxiety? Offset Those Early Signs With These 3 Methods

Anxiety is usually accompanied by a buzzing feeling. Unable to calm oneself even in a private setting. It’s a feeling of fear or apprehension about what’s to come. I have been under this circumstance multiple times in my two decades of life – much like any other teenager transitioning into adulthood. If you’re experiencing so – you are not the only one.

A recent study shows that 30% of adults in America experience anxiety at some point in their lives. That makes nearly one in three adults had struggled with anxiety. It’s no secret that the unsettled feeling in the pits of your stomach can be anything but pleasant. Oftentimes people will choose to ignore this rather than face it head-on. Something I am also guilty of doing. Not due to ignorance; but for convenience. After all, we wouldn’t want to setback our plans when we’ve been working so hard the past few weeks. It’s so much easier to push that tiny fleeting voice to the back of your mind, consequences are damned. Well here’s the thing- it’s gonna catch up to you sooner or later, so it’s best to deal with these things asap, lest it gets worse.

When faced with this sort of situation, one would most likely regress into a pseudo-panic mode and think about all the things worrying them. And to that, I say – Don’t. Give time for yourself to recharge, no matter how minuscule that break might be. Remember; it’s okay if you want to escape reality for a while. These small moments of bliss relief can only be a good thing when you’re not in the right mindset to work. Nothing is more important than your wellbeing.

Related: How Reading Can Help You Cope With Anxiety

As much as I like to sort my thoughts by myself first (it’s practically an unconditioned response now) Talking to someone, either a close friend, family member – will help loads. When I was younger (probably in my teenage years) I had this habit of bottling up everything that’s bothering me only to lash out to uninvolved people instead. Something I wished I could change. My childish behavior did hurt a lot of people and that was the last thing I wanted. So I found out the hard way – burying it deep down is not a long-term solution. In fact, it’s more like burying an atomic bomb with a short wick. There are people willing to listen. You just have to open up to them.

Social media is known for criticism and harsh judgment, but it’s also a platform for people to connect. Sharing views and experiences that others might be able to relate to when the time comes – I can personally vouch for this. Sometimes you’re too embarrassed to talk about it, and finding strangers on the internet sharing what they’ve been through can be oddly therapeutic. It’s like they took the words straight out of your mouth. Think of it this way; they talk about it, so you don’t have to. Of course, no two experiences are the same. But even the fact that someone out there understands what you’re going through makes it that much more bearable.

5 Tips for Clearing Out Negative Energy in Your Life

How Long Do Tape in Hair Extension Last

The Essential Guide to Healthy and Effective Cosmetics

Everything You Need to Know About TRT