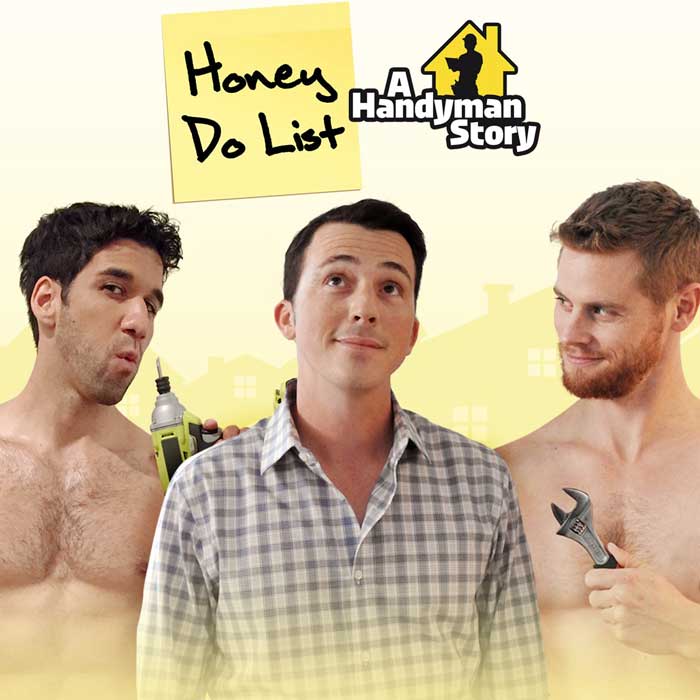 Divine has featured the talented actor and producer Nicholas Downs many times over the years. His first short film, The Handyman, was the recipient of many awards and acclaim and we’re delighted to say we have something new from him. A follow up to the first delightful film that continues the story of Frank and Walter but adds someone else to the mix…Drew.

Walter’s honey-do list piles up & Frank is too busy to do the fixes, a new sexy handyman arrives with an agenda that isn’t exactly on Walter’s fix-it list. Can Walter resist this new temptation? (Editor’s note – I certainly couldn’t) 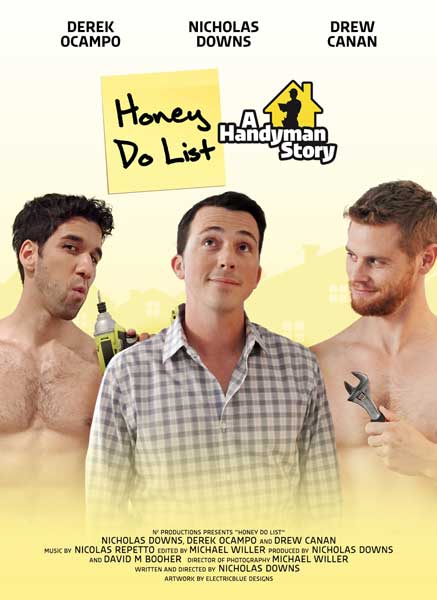 Now, we can say we’ve watched this short film and it’s as wonderful as the first and a little sexier. The innuendos are classy and funny, and we chuckled the whole way through at how Walter appeared to be so damned clueless…you’ll see what we mean when you watch the film.

The Honey Do List premieres (June 17) on Dekkoo just in time for Pride.

Congrats to Nicholas Downs and his team for such an adorable, feel good production. ​

You can watch an interview with Nicholas himself, conducted by Pink Media, and check out the hot trailer

From Nicholas himself, Honey Do List is the second film in my planned trilogy of comedy short films. Last year’s film, The Handyman, played to many audiences around the world before finding it’s home at Dekkoo. I’m very excited to bring you the next in line, Honey Do List. There’s already work in progress for the third film to round out the series. My goal with these films is to make fun, sexy, comedies that people can enjoy, laugh along with and share.

Follow all the artists involved in making this film and stay watching social media for any updates.

How to Easily Develop a Fitness Habit