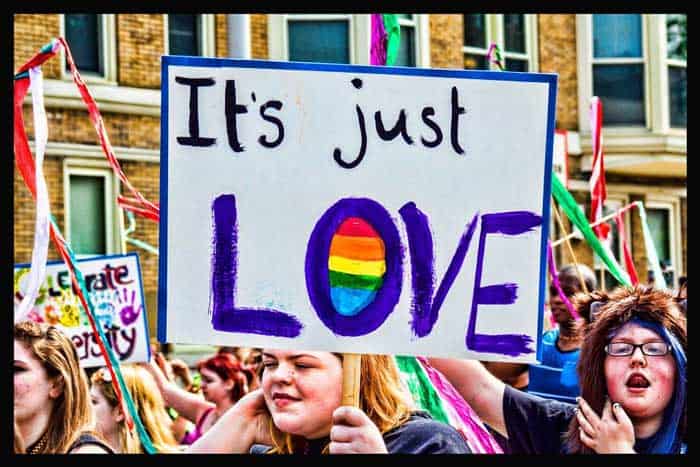 This October is the United States’ 24th annual LGBT History Month. This month-long celebration and remembrance of LGBT contributions to history give people the opportunity to learn about topics that are all too often missing from lessons in educational institutions. Furthermore, it allows young LGBT people to form important connections between the past and the present.

In 1994, Missouri high school teacher Rodney Wilson noticed a need for more inclusion of lesbian and gay history in school classrooms. Wilson, who was also the first openly gay k-12 teacher in Missouri, began writing to historians, advocacy groups and a variety of other organizations about his idea.

As it turns out, plenty of other individuals across the country also felt the need for more education on LGBT history. Wilson’s proposal quickly garnered support from GLAAD, the Gay, Lesbian and Straight Education Network (GLSEN) and other advocacy groups. Soon LGBT history month found its place on the country’s calendars.

Wilson chose October as the time for his history celebration to encompass another important LGBT event, National Coming Out Day, which was already well-established at the time. National Coming Out Day, on October 11 this year, commemorates the anniversary of the March on Washington for Gay and Lesbian Rights, which took place the same day in 1987.

Holding the celebration in October, when schools are in session, also allows the month to serve its main purpose, which is to encourage education about LGBT people and history. Today, the organization in charge of the celebration, Equality Forum, provides resources to teach about and celebrate the contributions of 31 notable LGBT individuals who are selected every year.

LGBT History Month gives the U.S. a much-needed chance to discuss topics of LGBT history and civil rights that have been largely ignored by the media and educational institutions until quite recently. This education isn’t just for young LGBT people — it’s important for everyone.

For those existing outside the LGBT community, the education provided during this month brings them up-to-date on LGBT people and issues throughout history. In some cases, they may even feel surprised to learn that many iconic historical figures were LGBT.

Educating the straight community on LGBT history serves a vital role in supporting civil rights and preventing the “othering” of LGBT people. The more the community understands LGBT people, sees that they have always existed and will always exist, the less often incidences of bullying and violence occur.

For LGBT people, October also provides important education. Unlike many other segments of the population, LGBT people rarely learn the history of their community at an early age. Outside of a few specific advocacy groups and organizations, no space exists in which the history of LGBT individuals is made an educational priority, so the sexual and gender identities of historical figures fade to the background of most history lessons. This means that, more than any other group, young LGBT people lack a sense of history.

LGBT History Month counters the erasure of LGBT figures from history and invites them back into the common imagination as their entire selves, providing young people with role models and keeping history alive even as the world marches on into the future. Remembering both struggles and triumphs helps people today remember that action can lead to social progress. For everyone who participates, LGBT history month acts as a remedy to the injustice that came before.

How People Can Celebrate

Unlike during Pride Month, there probably won’t be any parades to celebrate LGBT History Month. However, there are other events to attend that emphasize education, discussion and remembrance. Look for lectures, museum exhibits, art shows and more during October for opportunities to celebrate.

Ultimately, LGBT History Month is about filling educational gaps. Books, documentaries and academic journals are all great places to start learning more about LGBT people in history, but the conversation is valuable too. Take a moment this month to learn something about LGBT history, to listen to the lived experience of LGBT people and to make new, unexpected connections between the past and the present.