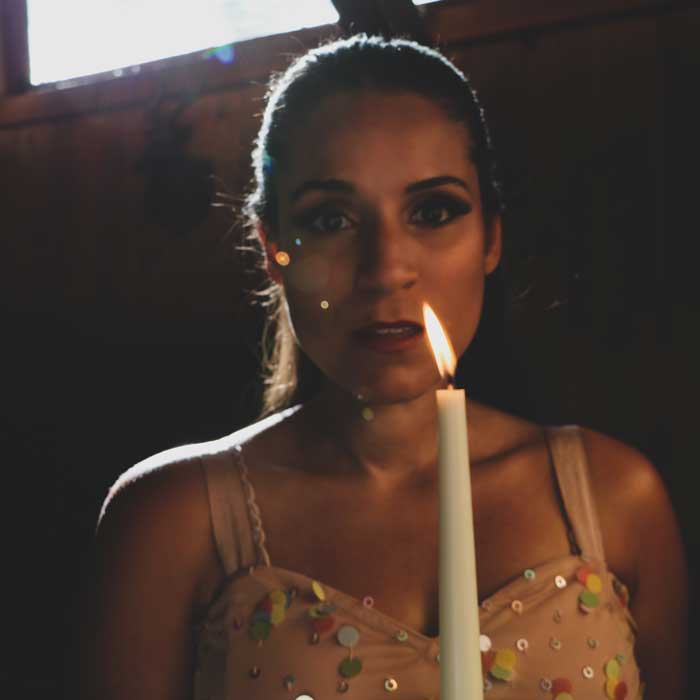 Gina Naomi Baez is an actress, singer/songwriter, YouTuber and influencer from New York City. With a flourishing acting career having landed roles in Spike Lee’s She’s Gotta Have It, Orange is the New Black and numerous Off-Broadway and Regional theatrical productions, Baez has been a name on everyone’s radar. However, her love and passion for songwriting and music has always been the true driving force behind her creativity, with the artist using her platform to spread messages of positivity. Pushing boundaries and defying genres, Baez’s music beautifully blends pop, country and folk, creating a sound reminiscent of Sia meets Taylor Swift.

Her Christmas song “Christmas Candlelight” is Baez’s way of offering some light during such dark and unprecedented times. The song is inspired by the beauty of simplicity, with Baez sharing, “The holidays might feel dark and cancelled in a sense this year, and I hope this song reminds others of the importance of the season and what truly matters most.” Through poetic, storytelling lyrics, sweeping, organic instrumentation and warming vocals, the comforting song is sure to bring Christmas cheer to even the coldest of grinches.

Acting as a glimmer of hope, Baez dedicates the song for everyone who is struggling with the repercussions that 2020 has thrown at us – for those who have lost loved ones, lost jobs and lost a sense of purpose amid the uncertainty. “Christmas Candlelight” not only offers a shimmer of light, but also gets us into the holiday spirit

Baez has also seen great success with her YouTube channel which has built an impressive following. Her infamous “Lizzo’s Truth Hurts x Hocus Pocus” parody music video went viral after LIZZO herself reposted it, as well as Bette Midler. The channel features creative, unique original music videos, covers and parodies of popular songs and has garnered worldwide recognition from the likes of PEOPLE, Entertainment Weekly, Access Hollywood, The Huffington Post, MTV, Perez Hilton, FOX, E! ONLINE, Ryan Seacrest, Yahoo News!, Stylist and much more! Propelling in all areas of the industry, Baez is clearly a force to be reckoned with.