Getting to know Arcadian Haze 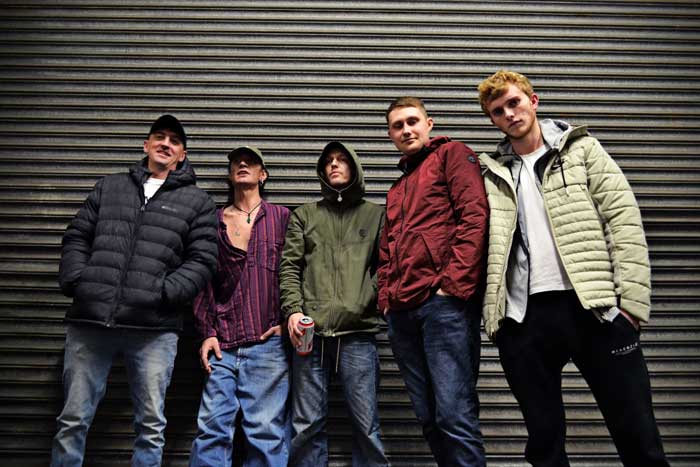 Growing up my parents favourite band we’re The Pogues so I was and still am really into them; I was singing their songs from a really young age and as I got a bit older my dad introduced me to all the punk bands he used to listen to in his teens.

I’d always loved karaoke and the adulation I used to get from being a young lad being able to sing in the same accent as the Arctic Monkeys but I’d say it was when I became obsessed with Oasis during high school and all the antics that comes with being in a band like that was when I knew it would be my preferred career choice. In later life I’ve become more inspired by hip-hop and other genres which is how I ended up writing the songs I do for Arcadian Haze.

The second track from Arcadian Haze’s debut EP ‘Love On The Dole’ https://open.spotify.com/album/4wr9nEbsmqeah3ODqqVh9A

Either The Stone Roses or The Beautiful South’s self titled debuts, they were both released in 1989 and are timeless; just great collections of pop songs that people from all backgrounds and generations can appreciate.

We hope to get another 3 track EP done and tour it once we’re allowed to do so. The songs and concept is all ready to go it’s just a case of waiting for the green light!

We’ve performed in plenty of venues across South Yorkshire and Manchester, I would say my favourite is Record Junkee ( a really initimate venue with great sound)… it would be unfair to criticise any venue we’ve played at as we’ve been well looked after wherever we’ve played. We have a show scheduled for This Feeling in Sheffield on April 9th with RATS but it’s another wait and see job.

EVERYONE SINGS IN THE SHOWER DON’T THEY!? It just depends what I’m listening to at the time really, I’ve been watching The Sopranos recently so Alabama 3’s Woke up this morning as had some hammer!

Me and my wife went to a relatives birthday as Vincent Vega and Mrs Wallace from Pulp Fiction.

Sky blue because I bleed blue blood… CITY TIL I DIE!

Being able to go to the pub.

John Lennon, he could run for the prime minister and sort this mess out whilst also giving us some more legendary music!