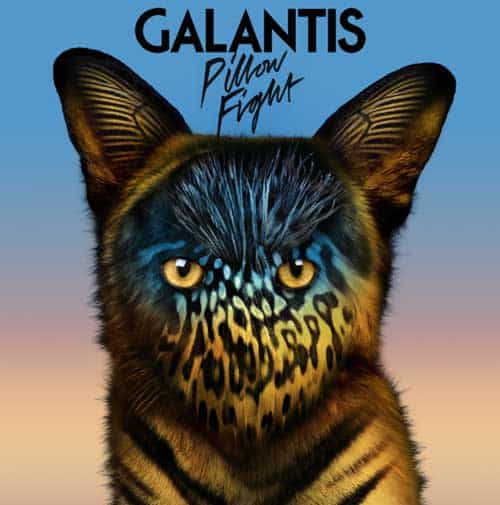 The track pairs Galantis’ signature hook-laden production with smooth, polished vocals, while the brand new kinetic lyric video – juxtaposes funky, vintage animation against incredible live footage from Galantis’ recent performances, and career. This video marks the first time that the duo have featured in their own videos, and have thus taken the opportunity to bring their fans further into the fold of Galantis, a world reminiscent of old school punk rock and dynamic Swedish music sensibility.

“With an ethereal, vocal-centered introduction, the song quickly builds towards a highly euphoric peak of energy, where a simple but catchy melody carries above thunderous kicks and shining percussion. As the vocals return to the spotlight, the track becomes a monumental singalong, sure to be learned and remembered by Galantis’ worldwide fan base in no time,” recalls YourEDM from the San Jose concert stop.  “After a percussion-free first verse, the song picks up energy as Galantis transition into the drop, with driving four on the floor rhythms carving out a danceable groove as a dazzling melody takes the lead,” We Got This Covered also notes.

The duo are currently riding high on the success of their current single release, “Love On Me,” which has eclipsed 45 million streams on Spotify, and is up three spots at Dance Radio this week (coming in at #17!). The song is also in the midst of a remix contest over at WAVO, which you can check out here. Galantis has also been nominated for three P3 Gold Awards, and won the ‘Producer of The Year’ award at the SKAP Awards!

Galantis is the collaborative production duo of Christian Karlsson (aka Bloodshy, one-third of Miike Snow) and Linus Eklöw (aka Style of Eye) who has set a new standard for songwriting in dance music. Their debut album, Pharmacy (Big Beat/Atlantic Records) reached No. 1 on the Billboard Dance album chart on the strength of hit singles “Peanut Butter Jelly” and “Runaway (U & I),” the latter which is RIAA certified gold in 7 countries and earned GRAMMY nominations for “Best Dance Recording” and “Best Remixed Recording” via the Kaskade Remix. More recently, “No Money” has become their biggest song to date with over 568 million streams globally, having reached Top 10 on iTunes in 43 countries & over 199 million YouTube views! The story of Galantis started back in 2009. Working as Bloodshy, Karlsson’s songwriting collaborations included Madonna, Kylie Minogue, Katy Perry and Britney Spears (whose “Toxic” earned a GRAMMY award for Best Dance Recording). After reaching out to Eklöw (who produced Icona Pop’s hit single “I Love It” as Style of Eye) to remix Miike Snow’s “Animal,” the two continued to collaborate until ultimately Galantis was born.