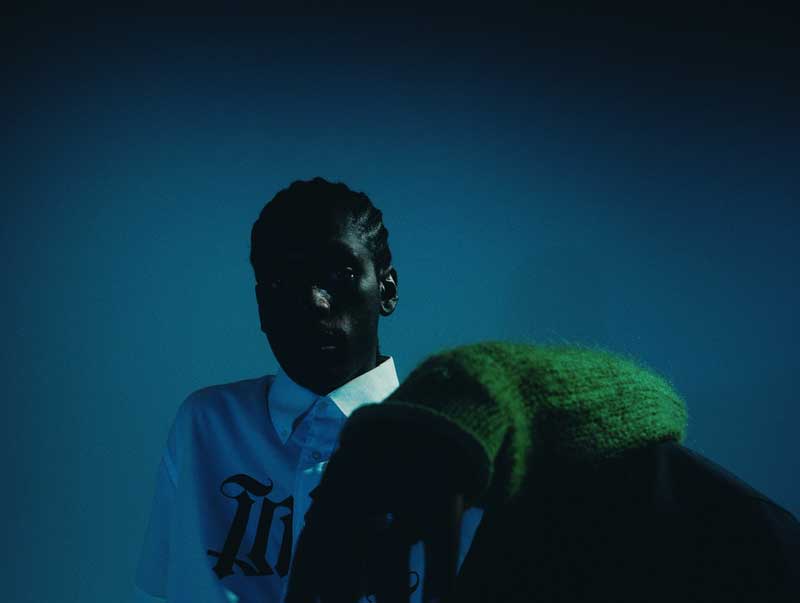 Parisian rapper MIKANO’s ‘Tell a Lie’ is a modern poem about honesty and human relationships. It is a testimony about our own wrong behaviours.

Sometimes we feel compelled to move and speak falsely, sometimes we deceive our loved ones but cannot face the inconvenient yet undeniable truth. It’s an essay on how everybody ends up lying. In various ways, forms and intentions. But in the end, we can still love and trust each other. It’s deeply human to feel pressured by your own mistakes. It’s human not to forgive. It’s ok to feel sorry. It’s all part of being vulnerable.

Directed by Ferina and produced by Incendie, the music video puts into images the reflection of MIKANO behind ‘Tell a Lie’ through three touching scenes of everyday life.

The music video for ‘Tell a Lie’ follows the release of MIKANO’s new EP – AKWA II. It’s raw and explosive record. It’s a beautiful and touching melting pot of disorganised emotions. The EP is more intimate and deeper than MIKANO’s previous work, taking the listener from one extreme to another – from a song tinged with sweetness, vulnerability, and fantasy to something inflated with roughness and overly confident energy, portraying the complexity of our personal growth and our relationships. AKWA is named after one of Douala’s districts in Cameroon, Akwa, where MIKANO spent his early years.

MIKANO has been lucky enough to visit the four corners of the world during the first part of his life.  At the age of 17, his family settled down in Paris, where he began to compose and write, inspired by the music that touched him at each stage of his life and his travels.

MIKANO’s music is made for those who love Frank Ocean, Blood Orange or Kid Cudi. So many influences that the rapper had digested and diluted with subtlety. He’s been able to make something that sounds like it has never been heard before, something completely new. MIKANO’s sound is intimate, deep, juggling lightness and strength. He’s taking the listener from one extreme to another, from a song tinged with sweetness and fantasy to a title inflated with energy and raw power, served by an impeccable flow.

In 2018, he released Blind Man Dreams a haunting and dreamlike EP which put him on the radar of the French and international music industry and positioned him as an artist who crossovers genres. MIKANO continued his momentum with the release of EP Melting Balloons in 2020 AKWA I in 2021.