Do you think that giving books away free works and why?

Releasing Rage, the first standalone book in my cyborg series is FREE right now. I like offering first books in a series for free, especially in a long series, because my writing isn’t for every reader. Readers can try one of my books at no risk. Then, if they like it, they can buy the rest of the series worry-free. It also gives happy readers the ability to recommend my books to others, knowing their reading buddies can try them at no cost.

How has your writing evolved since your first book?

When I first started writing, I was all about the plot. I felt a need to have a completely different plot to every other story I’ve read. With thousands of stories being published every day, that’s almost impossible to do. Today, I’m all about emotion, about making readers FEEL. That’s my number one task—to ensure I move them emotionally. If I do that, I’m happy with the story.

Is there a certain type of scene that’s harder for you to write than any others? Love? Action? Romance? Tragedy?

The last love scene in every story is the most challenging for me to write. I like it to be representative of the relationship going forward and I want the couple (or more) to verbally say ‘I love you’ to reinforce that yes, they do love each other. But I also want to do this in a fresh way and, since I’ve written hundreds of stories, that can be difficult to do. Pair that with the knowledge that I’m saying goodbye to these characters, at least for a little while, and it can be quite an emotional scene to write.

What do you think makes your book stand out from the crowd?

I’m interested in building a SciFi Romance world, not merely writing a book or a series. Yes, almost every book I write can be read on its own. It’s important to me that I give readers a wonderful read every time. But the stories will all eventually be connected also. The characters share one huge universe. So regular readers will get even more out of each story. They’ll know that XXX sitting in a beverage outlet is the hero from YYY novel and he is likely working on one of his missions. Because I’m Indie, I can build a world like this, which makes me very excited.

Are there misconceptions people have about your genre?

One common misconception is there is no science in SciFi Romance. Some readers look at my man titty cover and think it is all fluff, no research. I talked to some of the keenest scientific minds on the planet, for example, to figure out how cyborgs (half man, half machine) could possibly reproduce. I didn’t put all of that in the story, of course. That would slow it down. But I know the science behind it.

Have you ever gone to a convention? If so, how was it? If not, do you think it’s something you’d like to do in the future?

I’ve never been to a writing conference. I DO attend the Consumer Electronics Show in Vegas every year. That’s a great place to talk with scientists and product developers, which is extremely helpful when writing SciFi Romance.

Have you ever written a scene where it has reduced you to tears?

I usually have at least one what I call cry scenes in every story and yes, I cry when writing those scenes. If I don’t cry while writing a scene, I find readers don’t cry when reading it. 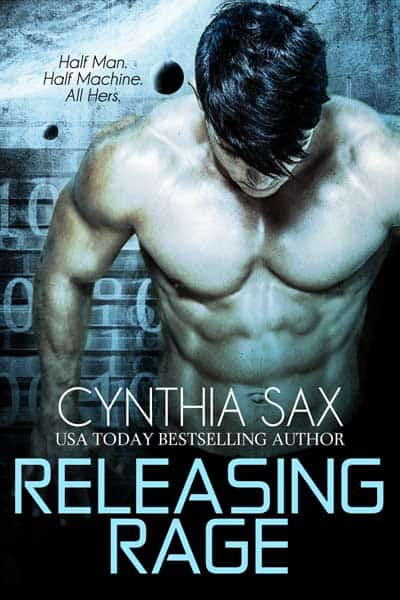 A few words about your book

Releasing Rage is a story I originally wrote for myself. I was upset about events like GamerGate and I was frustrated about publishing. I loved cyborg romance, had always wanted to write one, and I poured all of my emotion into Releasing Rage. Reader response to it was overwhelming. This story changed my life.

Give us a little insight into your main characters

Cyborgs choose their own names and I found it interesting that Rage, a being who is half man, half machine, would choose a name that was all vivid emotion. It was as though he realized he was being consumed by his anger.

Joan Tull, our heroine, has an interesting name also. She is a former agri-lot tender, a sturdy, solid, practical female. Her initials and last name are nods to Jethro Tull, an early agricultural engineer who invented much of what we now take for granted in modern farming.

Half Man. Half Machine. All Hers.

Rage, the Humanoid Alliance’s most primitive cyborg, has two goals—kill all of the humans on his battle station and escape to the Homeland. The warrior has seen the darkness in others and in himself. He believes that’s all he’s been programmed to experience.

Until he meets Joan.

Joan, the battle station’s first female engineer, has one goal—survive long enough to help the big sexy cyborg plotting to kill her. Rage might not trust her but he wants her. She sees the passion in his eyes, the caring in his battle-worn hands, the gruff emotion in his voice.

When Joan survives the unthinkable, Rage’s priorities are tested. Is there enough room in this cyborg’s heart for both love and revenge?

She traced a long slash on his right foot. It was an old wound. “The enemy found a way to do this.” That alarmed her. This flaw in his defenses put her cyborg at risk. “Why wasn’t this development covered in any of the information bulletins I’ve viewed?” Engineers should be working on a countermeasure.

“Are you mentally deficient?” His tone was harsh. “You must be if you volunteered to breed with a C model cyborg.”

Joan gritted her teeth at his assumption about her role. “I’m your engineer, not a breeding female.”

“You lie.” He snorted softly. “Your uniform is gray, not blood-red, and if you were truly my engineer, as you claim, you’d know my damage was inflicted by my previous handlers.”

“I was positioned in the waste processing chambers. That’s why I wear a gray uniform.” Signaling to everyone her lowly status. “And why would a handler hurt you? Our job is to ensure you operate at optimal efficiency.”

“Why would they hurt me? Because they’re cruel humans and I’m a disposable cyborg. Because I operated outside specifications. Because they wished to duplicate my kill rates. Do you need more reasons?”

They’d experimented on him. She gazed at his toes, absorbing this knowledge. Blood had dripped down his legs, coating them with crimson once more. “May I clean your legs?”

He sighed, his muscles flexing and releasing. “You clearly need to be told everything. I must be cleaned from the top down.”

She knew that. “You’d agree to me cleaning your face?”

“Do I have a choice?” His words were bitter.

“Yes.” Joan looked upward, meeting his gaze. “You know how best to maximize your kill rates. Within these chambers, I serve you.”

His eyes flashed with blue currents of energy. “Stop with your lies. I won’t believe them.”

“You’re bigger, stronger, think you’re more intelligent.” She lifted her chin. “Why would I lie to you?”

“I’ll test you, little engineer, and if you fail, you’ll die.”

“I expect nothing less.” She’d been tested her entire lifespan. She and death were old friends.

Sign up for her dirty-joke-filled release day newsletter and visit her on the web at www.CynthiaSax.com 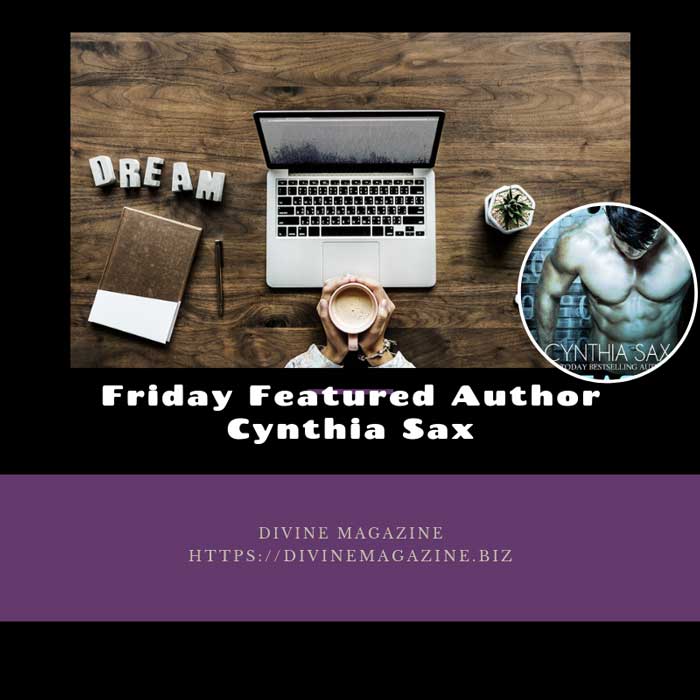