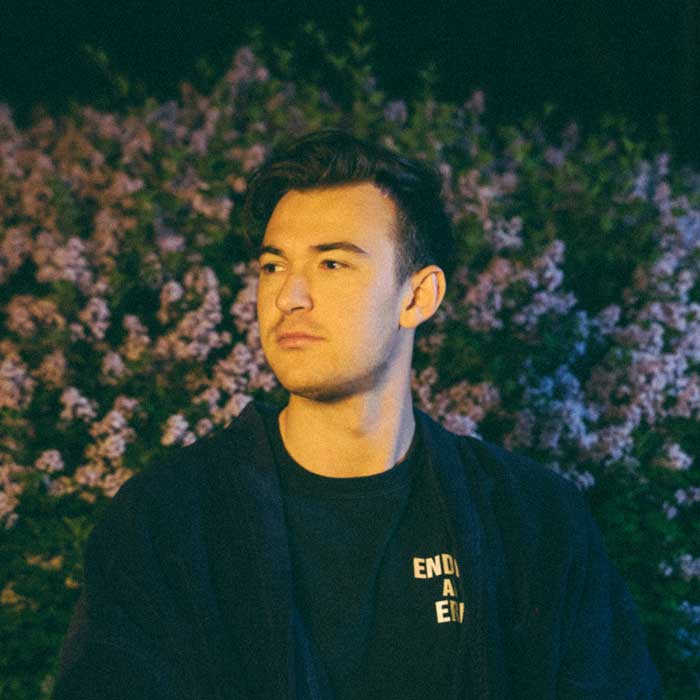 With millions of streams, thousands of followers, and legions of fans, Ezra Jordan has been making waves in the music scene independently, and he’s only just beginning.

Having performed all across North America, Ezra specializes in creating intimate experiences with maximum impact that not only leave concert goers engaged, but musically entranced.

So far in his career, Ezra Jordan has exceeded expectations by already accumulating 4 million streams on Spotify, hitting Mediabase’s CHR Top 40 Activator chart twice (#37 • 10 Miles a Minute & #42 • Is It Just Me), and working with award winning artists & producers like Chin Injeti (Grammy Producer), Leo (Alec Benjamin, Madison Beer, MAX), Garth Richardson (Juno Award producer), and Tyler Shaw (platinum selling artist) to name a few. This is only a couple of Ezra’s many accolades throughout his short music career.

When it comes to adversity, Ezra Jordan knows a thing or two about it. Having suffered a traumatic and life threatening injury at the age of 18, Ezra’s life was put on hold to make way for 18 months of rehabilitation and recovery. It’s during this time that Ezra truly came into his own, both in terms of physical resilience, but also in terms of musical grit. Forced to pause his career as an incredibly talented pianist, Ezra sought alternative ways to express himself and stumbled upon some serious singing/songwriting talent.

While this latest career shift did come rather unexpectedly, it definitely wasn’t too much of a surprise. As the youngest child of two of Canada’s most notable singer-songwriters, Amy Sky and Marc Jordan, Ezra grew up surrounded by industry trailblazers and award winning producers. His natural home-grown musical affiliation resulted in him picking up the piano at the early age of 4, while learning the drums, as well as the guitar.

Now, Ezra Jordan finds himself fully recovered, fully honed, and fully ready to launch into his next musical chapter – releasing his very first solo EP as a piano playing, singing-songwriting Canadian rockstar. With strong musical background, killer talent, and a heartwarming story of resilience and strength, Ezra is set to top charts and win hearts the world over.