by Divine Magazine
in News
Reading Time: 8 mins read
A A
0 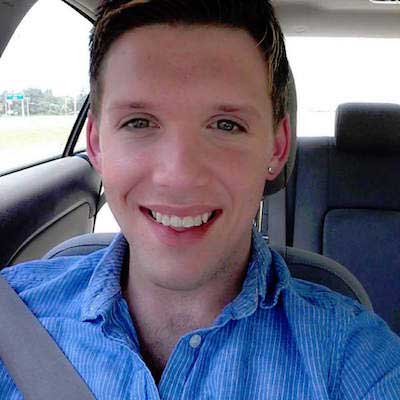 We’re interviewing a young man who has been in the news, for the wrong reasons, but who’s trying to get his life back on track and do some good in the process.

His name is Devin Norman, he lives in Iuka, Mississippi, and we caught up with him to find out things are going after a brutal attack earlier this year. Devin made this statement on one of his social networks and wanted to share it:

It’s a lofty ideal but we all know the world is changed one idea at a time and that one person can make a difference. Divine asked Devin some questions about himself, the incident that brought him into the public eye and also took time to ask him some silly ones as well so we see the man behind the face in the news.

Pleased to meet you. I’m not going to ramble on and on about myself in some self-indulgent rant. There’s no point. As far as “About me” all anyone needs to know is that I love you. “Through my ambition to achieve the most supreme goals, far greater than any wish granting gem, may I always dearly cherish every being.”

There’s my creed. I try to stay positive. The only person that can make you happy is you. So do it.

Life’s too short. If I may inspire one person reading this to love one another and themselves, then I have done something far greater than any synopsis of my personality.

Peace be with you all…

Welcome Devin, it’s great to have you with us.

Obviously the overwhelming story here is the homophobic attack on you back in March this year. The WMC Action 5 news story video is below, together with some other links for anyone that hasn’t seen this.

There’s been a big debate over this and it went viral on Facebook within hours of it happening. The BIG question was whether it should be charged as a hate crime or not, to the point it was reported to the FBI.

Q: I saw this online from Benjamin O’Keefe from The Huffington Post- can you update on the current situation –was this ever charged as a hate crime?

While Mississippi continues to lag behind the times, we can still get justice for Devin on federal level. You see, on October 28, 2009 President Obama signed the Matthew Shepard and James Byrd, Jr. Hate Crimes Prevention Act, attached to the National Defense Authorization Act for Fiscal Year 2010. The bill expanded the existing United States federal hate crime law to apply to crimes motivated by a victim’s actual or perceived gender, sexual orientation, gender identity, or disability, and dropped the prerequisite that the victim be engaging in a federally protected activity.

It’s up to us to not only stand up for Devin, but to also ensure that our government continues to the set the precedent that we will not stand for hate crimes in this country, including those aimed at a person’s sexual orientation or gender identity.

A: No, it wasn’t.  After it was passed to the next grand jury, the charges were dropped to simple assault.  In that small window of time, I was unable to get my medical records together.  In all honestly, no one ever requested them.  Nevertheless, my assailant pled guilty to simple assault and was given a fine.  The DA told me there was nothing more he could do. I would have to sue him in civil court.  He said, “It’s hard to convince a jury that injuries are severe enough.”  As appalling as that information was, I had no choice but to concede.  The State will do nothing, and I have nothing to sue for.

Q : There were apparently underlying circumstances leading up the attack, as the two of you appeared to know each other before it happened – what can you tell us about this?

A:  I met him while working with people in recovery from alcohol addiction.  He asked me to be his sponsor, and I declined, feeling I wasn’t ready to take on that kind of responsibility.  I did however give him my number in case he needed someone to talk to.  He began to send me obscene photos and I promptly rejected his advances.  He did not take the rejection well.  He threatened to slit my throat if I mentioned it to anyone.  I suppose I thought he was just raving.  I was wrong.

Q: There was a Go Fund Me campaign to raise funds for you to meet medical expenses – can people still contribute?

A:  That particular account has been closed, but another one could be opened, and the ongoing therapy and psychiatric visits are almost devastating in their expenses.

Q: I think I remember seeing somewhere on your Facebook page that you are attending therapy to get through this – how is this going, is there any good news you can tell us?

A:  I am undergoing cognitive-processing therapy, a type of therapy common for PTSD patients.  It is beginning to yield startling results.  I can go in public now without so much fear.  I’m more aware of my triggers, and I am learning to regain some sense of inner-peace.

Q: You started a Facebook page called Devinstrong- what do you want to achieve with this page?

Q:  You write poetry- would you care to share one with us and a little bit about why you wrote it? Have you any other writing achievements you’d like to share with us?

A:  I sent you the pros that I was prepared to share and in the future, I would love to share more.  I won six awards last semester for CREATIVE writing.  You’ll find those certificates on my wall.

Devin wrote this piece about the attack he suffered. I think this says it all. It doesn’t have a title yet.

I hear it again.

The smack of flesh on flesh,

that primal growl that wriggled

I see it again.

Too quick to recognize,

too quick to understand.

And then it was.

I was mauled and crippled

There is no tunnel.

There was no light.

There is only the rush of blood,

His anger sears me,

Q: What does the future look like for Devin Norman- what do you hope to achieve, and what is your dream?

A: My dream is to teach. At a college level. A literature course.  I love the written word and the power it holds.  I revere it, and hope to instil that in others. My current major is English and I have a 3.8 GPA

The silly questions to get to know you better

If you were a super hero what powers would you have and what would your hero name be?

A: I think I would rather just be Peter Pan. I don’t want to be anyone’s hero, but never growing old is a plus!

What types of holidays do you prefer?

A: The kinds where you gorge yourself on turkey and wine, of course!

If you could go back in time to change one thing what would it be?

A:  I would have stayed with my first love. I haven’t found one even close since Trey.

Do you prefer sunrises or sunsets?

A: Ooh, that’s a tough one. Probably looks for intelligence because then I could figure out how to look better!

Do you know the dance steps to an annoying cheesy pop song?

If you could steal one thing without consequence what would it be?

A: Mascara.  It’s so expensive.

This is some of the beautiful poetry Devin has written which he wanted to share with you.

A Brando-esque voice resonates in my head.

Oh so quick to comply, I shed my midnight wool and paint on a smile.

Deluged by a sea of “How-do-you-do’s,” I hold my smile until

Pursed, and on which tiny drops of blood now form,

My lips quiver in anxiety as I ski along the sea of faces.

In accordance, so do my eyes fill with water,

In which I see my reflection.

I feel so wrong, so very wrong.

Mask smiling ever so gently,

And screaming ever so silently.

I pray to escape the voices—

The ones that not everyone hears.

Their message is for me, so I hear them.

When a stranger stops me and

My books, my mind, my emotional restraint.

Tears ceaselessly stream from my eyes, and as they

Hit the ground, it begins to crack.

The ground opened and with all the powers of the earth,

It swallowed the pain with every tear that fell.

The ground bid me good day, and I to it.

After all, how often does one actually befriend Mother Nature?

A distantly familiar sensation brushes across my visage.

I recognize the warmth of the sun immediately,

But am surprised by the illuminated

So suddenly and brilliantly white…

I had lunch with God today.

We sat in a diner on the West Side of town,

I love these lunch dates.

I couldn’t even remember how long.

He was mostly silent,

I talked of the weather,

He patted me on the shoulder,

Lit my cigar with a wave of his

I picked up the check,

(it was the least I could do).

I left gratuity, he left a tip,

And we went along our way.

Even though lunch was over.

We’d like to thank Devin for coming along and talking about something intensely personal and sharing his thoughts and story with us. We’re hoping Devin may write for the magazine and share more of his poetry and writing with us.

The Bully Pulpit - a webseries about sharing perspectives