Creativity Rocks- and thy name is daughter…. 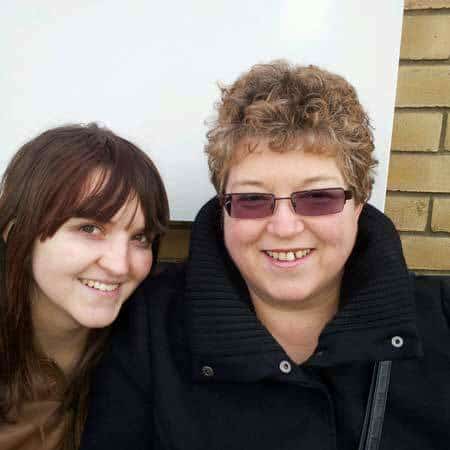 As this is my column *winks* I can mostly write about anything I fancy as long as it’s relevant. So for this post, I wanted to write a little piece about someone I admire; someone I have respect for and who I hope one day makes it big so she can support me and husband in our old age.

She did after all promise me a penthouse apartment on the Miami beach front so I can ogle oil clad mostly naked men playing volleyball, cavorting in the waves, and serving my every need – a crisp, cool gin and tonic, a Caesar salad or two, and whatever else might take my fancy. So it’s in my complete interest to make sure she makes it in the world of film and acting as she wants to.

I’m talking about my daughter, Ashley Mac Nicol. Now, I’m not really into nepotism or anything like that but honestly, where’s the fun in owning part of a magazine when you can’t get to showcase your nearest and dearest. And what she does is relevant to this publication. So I thought you wouldn’t mind.

Ashley is currently in her third year at Kingston University studying Drama and Film Studies. So far she’s got a First each year (for those of you who don’t know the English rating, it’s the highest achievement one can get.) I’m proud of her for that and of course have threatened her with violence if she doesn’t get one in her final year. So the pressure is on for her to be successful and get me that damn penthouse.

She owns her own film production company and has made a few short films, one of which was called ‘Only Human’ and highlighted the plight of young gay couples in being who they wanted to be. One of the actors in this film is a gentleman called Leon Corbin. He’s the dad in her film and he’s had quite a few appearances in other films as well. Leon was kind enough to help her out with this one and remains invested in her productions.

The thing that gets me about this film production was that it was done on a shoe string, using their own equipment they cobbled together from ‘stuff’ and filmed with the most basic of equipment. The sound isn’t great but then boom mikes are very expensive I understand and not something they had access to. I applaud it when young people overcome the trials of having no money on a University student budget and no professional equipment and yet still forge ahead with their dreams….sigh.

It’s also a short, sweet film about the coming of age and trying to make it in a world that is often intolerant of who people are. It’s not a masterpiece, she’ll be the first to admit that. It’s a start though on a long road to success and a young person’s determination to get her mother that flat – sorry, what did you say, Ash? Oh and of course make a career for herself, let’s not forget that bit. I was day dreaming about those oiled naked bodies…

Ashley shows the same determination when making her own cosplay outfit aka female Commander Shepherd from Mass Effect. My dining room bears testament to these endeavours, with spray paint, rubber foam pieces, glue guns, Plastidip residue and various pieces of armour like apparel that float about like random bits of the costumes on a film set…

So the bottom line is that we as parents can hopefully implant the ideas of success and achievements in their young, fertile minds but really, it’s up to them to make something of it. I’m thinking she may well get there, I’m already looking at apartments just in case. This one looks very suitable…

The dudes that I’ll watch from my balcony…and perhaps have as personal servants….

I’m not sure where to order them from though. Any ideas?

Links for ‘Only Human’ and Ashley Mac Nicol