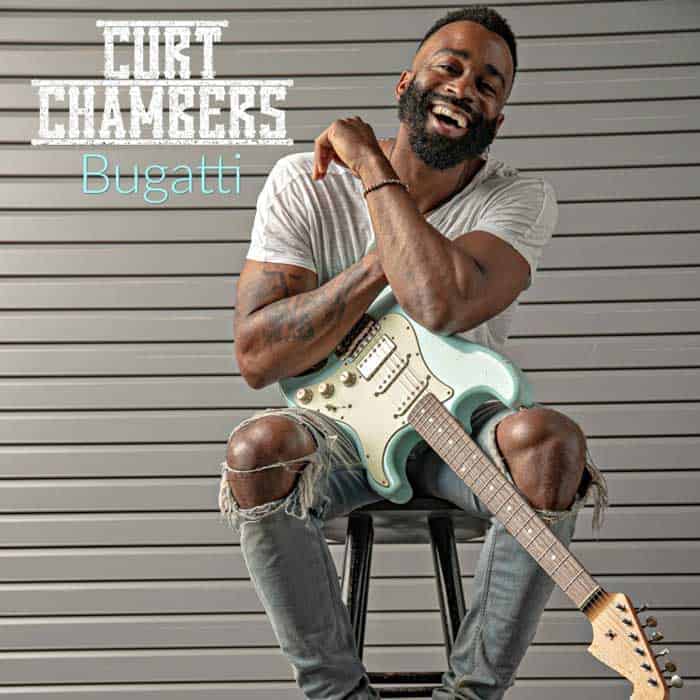 Nashville, TN (January 17, 2020) On the heels of his Billboard Premiere of his single “Roll With It” Grammy winning, singer-songwriter Curt Chambers released a new single”Bugatti” on Soundcloud and YouTube for his fans. This rising country music artist is making a name for himself in the country music world with his music which fuses his r&b roots. His smooth and captivating vocals are set to lyrics crafted for fans of country music. Chambers said, “”Bugatti” was inspired by a beautiful girl that I saw at LAX. I watched her get off her plane and saw her jump into a Bugatti. The image stuck in my head and I decided to write a song. I hope my fans enjoy the nod to Janis Joplin!!”

Chambers is not new to the country music circuit by any means, he is just super-human and has navigated between his relationship and music in Los Angeles and his love of country music with great ease. He has toured with Chris Young, Florida Georgia Line, Tyler Rich, Jake Owen, Dustin Lynch and many more and he has played a vast array of stages including Coachella and Stagecoach.

Curt is currently working in LA with Dr. Dre and his team and will be presenting at NAMM in LA this week.

Curt’s immense talent, partnered with his wildly diverse blues, country and hip hop power packed performances humbly provided him opportunities to share stages with a wide array of musical legends such as BB King, and Jerry Douglas as well as rock and hip hop icons like the legendary Dr Dre, Travis Barker, Mac Miller, Kendrick Lamar, Eminem and many more. He is pursuing his dream of becoming a Country Music Artist, and has made the move to Nashville where he has recently signed to WME. He has been invited to perform in different capacities at CMA Fest, Musicians Hall of Fame, Exit/In, Whiskey Jam, and Boots on Stage Shindig at Sea. He has also taken the stage in various venues in SoCal such as The Hotel Cafe, The Ranch Saloon, Stagecoach, and Coachella. Curt has toured with Country Artists, Tyler Rich, Dustin Lynch, Georgia Florida Line, Chris Young, and Jake Owen.

Often described as refreshing and innovative, the Philadelphia native’s gift as a musician were cultivated at home and in the church, where he was raised to appreciate diverse musical genres and was influenced heavily by gospel, soul, blues and country music. He was taught to play several instruments including piano, drums and guitar. It is on the guitar where the essence of Curt Chambers comes to life, captivating all who are fortunate enough to witness. Curt has turned legendary Honky Tonks into mosh pits of country music loving fans who celebrate his high energy vocal and music skills.  He is a Rising Star in the Country Music Scene.