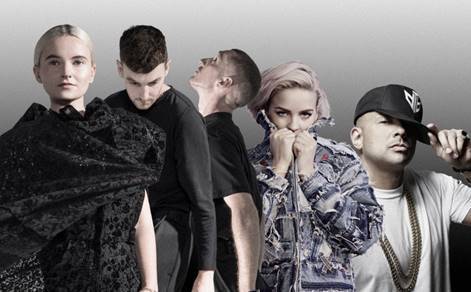 The genre-defying, Grammy award-winning trio Clean Bandit are riding high on the success of their 2016 single “Rockabye” which features dancehall king Sean Paul and rising star Anne-Marie and are now announcing a massive North American headlining tour, which is kicking off at the end of March and keeps them on the road through early May.

Tickets are available now http://cleanbandit.co.uk, along with the release of a brand new remix from Autograf.

“Rockabye” showcases Clean Bandit at their best. The band have written and produced yet another huge anthem with its stomping beats, steel drums, trademark strings and pop hooks aplenty. With gloriously velvet vocals from Anne-Marie and sunshine-tinged melodies from global heavyweight Sean Paul, the single has every capability to top the streaming charts/playlists worldwide and is almost certain to mark another milestone in the trio’s thriving career.

“Rockabye” is a single that refuses to slow down, which recently eclipsed 145 million views on YouTube and 173 million streams on Spotify. It’s also been tearing up the radio charts, with sights set on the frontier of Top 40 radio. “Rockabye” kicks off 2017 gaining momentum from an already proven 9-week, #1 UK hit, ascending charts & amassing stats on its way to a Global takeover: Shazam (#24 at US Top 100, #1 on the Global chart, and #1 on the Global pop chart), Apple (#5 at iTunes Dance, #84 overall), Spotify (#46 US Top 50, #3 position on Global Chart, and its video has been added to Music Choice, MTV2 and MTV Live.

The past couple of years have proved to be groundbreaking for Clean Bandit, shooting straight to the top of charts worldwide with their unique fusion of classical string arrangements, house, electronica, dance and pop music. Riding fast in their own lane as a genre-defying collective, the band released their debut album ‘New Eyes’ in June 2014, which charted at #3 in the UK and spawned four Top 5 UK singles. The band’s first track to catch the attention of the masses, however, was the infectious 3X platinum Jess Glynne collaboration “Rather Be,” which established itself as a massive global hit and ignited the career of the North London-born soul/pop singer.

The track became one of the most successful singles released in 2014; it held the #1 spot in the UK’s Singles Chart for four consecutive weeks; cemented their first-ever US Top 10 single; shot straight to #1 on iTunes in 25 countries; was the most-played British single at UK radio that year; the most-Shazammed track of all time and made history as the fastest-selling song released in January since 1996. With over 10 million copies sold to date, over half a billion YouTube views on the official video, 540 million Spotify streams and having won ‘Best Dance Recording’ at the 57th Grammy Awards in 2015, the mega hit finished-up as 2014’s second biggest-selling single in the UK just behind Pharrell’s “Happy.” 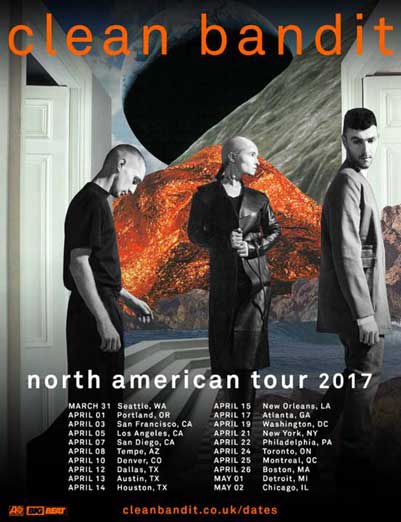 Like Loading...
Previous articleExclusive One Night Only Live Performance by Hip Hop Rising Superstar LIZZO at the Dinah
Next articleWould you work for free? by Sean Kerr