Cities In The US That Shouldn’t Be Missed 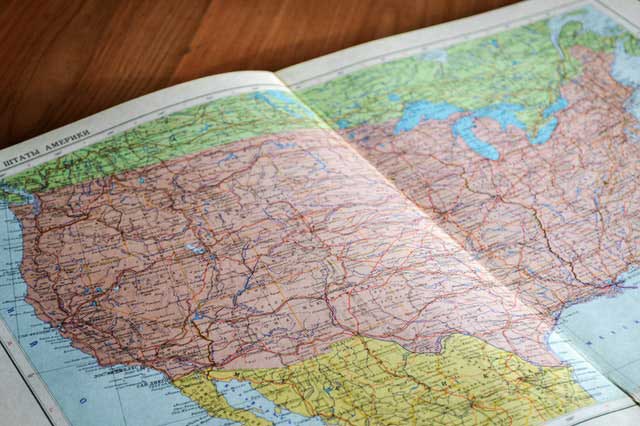 The United States is a big place, and unfortunately most people simply aren’t going to be able to see all of it – or even a fraction of it during one trip, so in this post we’re going to share with you the cities that are definitely worth visiting if you’re stuck for ideas on where to go.

Of course, we’re not suggesting that you have to visit all of these places in one trip or that it will even be possible without completely exhausting yourself depending on how much time you have available for this visit, however, the aim of this post is to help you make a decision of one or more places to visit if you’re trying to figure out where you should go.

The thing is, that cities in the US are like cities everywhere and they each have their own flare and vibe, so where you go will ultimately depend on what you like and the kind of places you enjoy being in.

The Windy City is known for its deep dish pizza and famous skyscrapers such as Willis Tower (Formerly Sears Tower), the John Hancock Building, the Trump Hotel, as well as many other iconic and beautiful buildings dotted throughout the city. Chicago is located on the shores of Lake Michigan and not only does this mean it has amazing and unique views, but despite the fact that it’s a huge city, it offers a more chilled out vibe compared to other cities such as NYC, and the people definitely consider themselves to be more friendly due to being from the Midwest. Although Chicago is huge, it’s actually very walkable – especially the downtown area, so if you’re looking for something to here, then sometimes it’s just good to take a walk around the city and taking in the style of everything from the buildings and how they contrast each other,  take a river cruise to learn more about the city, and even walk down to Navy Pier and enjoy the relaxing sights and sounds of Lake Michigan.

Of course, the city that everyone has on their bucket list when visiting the US is New York City – this huge island metropolis is one of the most famous and iconic cities in the world – home to some of the best museums and galaries in the world, Broadway where you can look for nyc tickets to watch world-class perfomances, shows and plays, and although NYC may never sleep and seem to be full of life, it’s also had its fair share of tradegy, so if you make it here, then don’t forget to pay your respects to those who lost their lives in the terrorist attacks on September 11, 2001.

The Mile High City of Denver in Colorado is a true gem of a city and with such a compact downtown area and a great public transport system, which is quite a rarity in the US, this city feels more like a big town, but it’s truly charming, full of great food, craft beers, and delicious coffee – another rarity in most of the US. Denver is also home to many great museums and attractions such as the Denver Botanic Gardens and Denver Art Museum.