Charlotte only released her debut track ‘I Tell Lies’ in February, but the young singer-songwriter is already earning the attention of some of music’s biggest names. Lewis Capaldi has tipped her for greatness, Ed Sheeran described her cover of ‘I Don’t Care’ as “wonderful” and Jess Glynne invited her to open for her at a huge outdoor show.

Her immensely promising career took flight when ‘Nervous’, a track from her debut EP ‘Nowhere To Hide’, was highlighted near the top of Spotify’s New Music Friday. It went onto amass over 2 million streams and earn further support from BBC Introducing, Wonderland, Clash, tmrw, Sunday Times Culture, The Sun and more.  Charlotte continues to soar with the release of the video to her new single ‘All My Life’.

The video documents  Charlotte during the recording of the song. Written and co-produced by  Charlotte, ‘All My Life’ captures her undeniable star quality, her nuanced vocal gift brimming with soul and emotion. Backed by a restrained production of piano, sparse-yet-impactful strings and layered vocal harmonies, it builds towards an elative conclusion with  Charlotte powering into full voice.

Charlotte explains, “This song is raw, honest and emotional with no frills. No fancy production. No autotune. I wanted the video to capture that. We filmed me recording the song in real-time, laying down the piano part, recording the vocals and co-producing. It’s really special to me, hope you enjoy”.

Written for her new-born nephew when his life was in balance,  Charlotte also recently announced that she has become an ambassador for the charity ECHO to help raise awareness of Congenital Heart Disease (CHD). ECHO supports children and young people with heart conditions and their families from the moment of diagnosis, throughout any treatment and care pathway or bereavement.

Having hit the Reading, Leeds and Barn On The Farm festivals this summer,  Charlotte is currently on tour with Dennis Lloyd, she will finish the year by playing two sold-out headline shows at The Islington in London on December 16th and in Hull at the Polar Bear on December 18th. Her previous support shows have also included gigs with Jess Glynne, Lewis Capaldi, Au/Ra, Wrabel, Picture This and JC Stewart.

Stream All My Life here https://orcd.co/allmylife

Hailing from Hull,  Charlotte’s voyage into music began when she was a child. She performed in her grandparents’ soul band which toured the UK and Europe, and prompted her life-long love of soul greats such as Sam Cooke, Aretha Franklin, Luther Vandross, Stevie Wonder and Otis Redding. Charlotte subsequently played in local pubs until her family moved to Singapore in her early teens.

Isolated from her friends and the life she knew, she turned to her passion for music.

Charlotte landed her first big break in 2018 when she was discovered by Grammy-nominated hit-maker Toby Gad, who signed her to his publishing company after just one writing session. And with credits as varied as Beyoncé, John Legend, Madonna, Demi Lovato and Fergie, it’s clear that Toby Gad knows a star when he sees one.

The remaining tour dates are: 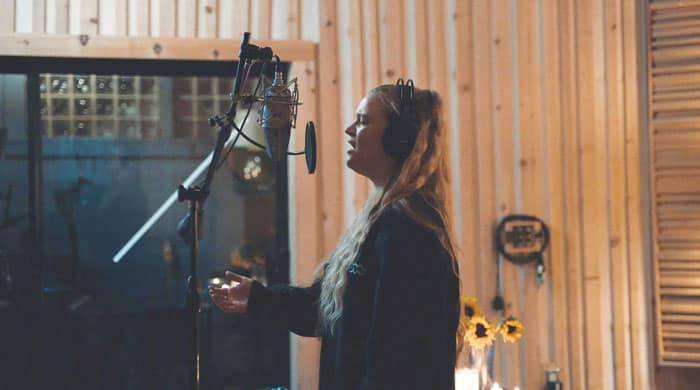