To mark the start of summer, rising pop sensation Cally Rhodes has released a scorching new single titled ‘Summer of My Life’.

By reflecting on cherished memories from a past romance, Cally has crafted a huge summer anthem. The vivacious singer’s latest song combines glistening vocals and retrospective lyrics with a tropical-tinged beat.

‘Summer of My Life’ was co-written by Cally Rhodes and Si Hulbert. Si (who is known for his acclaimed work with Dido, Ed Sheeran, Jess Glynne and One Direction) also produced the track.

“’Summer of My Life’ is playful and melodic. I wrote the song based on my summer memories so I wanted to capture that fun nostalgia through the music and lyrics.

“Summer has always been when I feel most at ease and ready for new adventures. I love hot weather; especially as I grew up by a beach. My favourite experiences have always been in the sun.”

Irrespective of the weather, ‘Summer of My Life’ is sure to bring sunshine to its listeners. The remarkably catchy single follows Cally’s 2018 summer smash ‘System‘ which has accumulated over 3.5 million streams on Spotify.

As well as writing and recording original material, Cally uploads unique covers of her favourite songs on YouTube. Her acoustic rendition of ‘Touch‘ by Little Mix was praised by the girl band themselves and tweeted to their millions of followers.

With another pop gem to her name and more new music on the way, this year is set to be another great one for Cally. Like the summer sun, her future looks incredibly bright.

Listen to Summer of My Life on iTunes 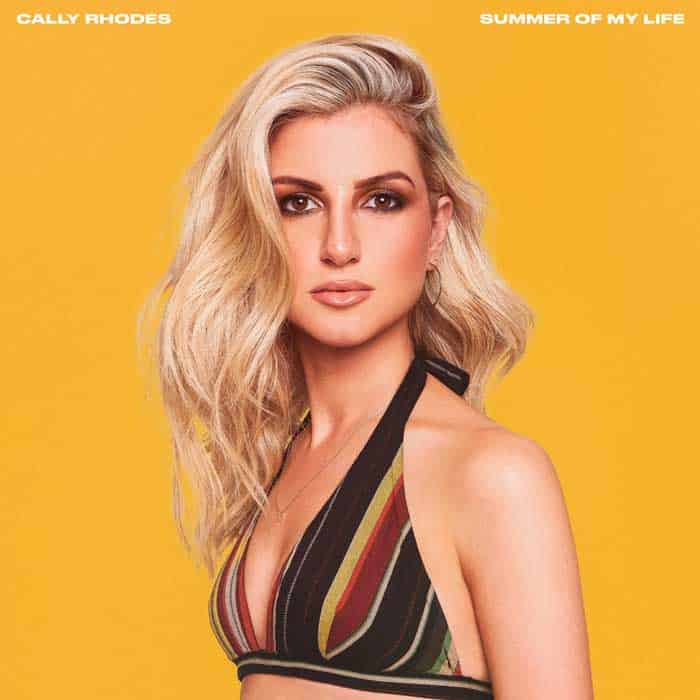