Throughout his life, Bob Seger has released 18 studio albums, two live albums, and five compilation albums. With platinum selling Night Moves and an induction into the Rock and Roll Hall of Fame, Seger carved out a slow burning but fruitful career after traveling a long and winding road to commercial success.

Before going solo, Bob Seger played in several bands. In The Decibels, he sang lead vocals and was active on the Detroit music scene and with them, he recorded a demo of one of his original songs whilst all members were still in high school. The band eventually broke up and Seger joined The Town Criers, which he then left for The Omens. With The Omens he recorded his first officially released song and befriended the manager of a local venue franchise, where he began to write for the other acts who performed there. After one of these early songs, East Side Story failed to be a commercial success, Seger recorded it himself and left The Omens to be a solo artist. Nevertheless, Seger retained the band format and called his group Bob Seger and the Last Heard. The song was originally released on the independent label Hideout Records, which belonged to the same venue franchise. After it became a local hit, Seger signed a contract with Cameo Parkway Records instead and the following songs included 1967’s Heavy Music, which reached the top 100 in Canada and almost charted in the US.

After the business failure of Cameo Parkway, Bob Seger signed to Capitol Records in 1968 with a new band, The Bob Seger System. He had his first major commercial success with the song Ramblin’ Gamblin’ Man, which charted at number 17 in America. However, by the time he saw similar success again, the band had broken up. Seger had gone solo, and he released a commercially unsuccessful acoustic album and recorded with the duo Teegarden and Van Winkle before he formed another band, The Silver Bullet Band.

With The Silver Bullet Band, Bob Seger released Live Bullet and achieved local stardom and heavy radio airplay in the Detroit area. This was followed by nationally successful album Night Moves, and Seger’s career reached its peak with the following albums Stranger in Town and Against the Wind the latter of which reached number one. At this stage of his career, he also wrote the number one hit song Heartache Tonight for the Eagles and composed songs for the soundtracks of Teachers (1984) and Beverly Hills Cop II (1987). Although towards the end of the 80s, Seger became less prolific, the success of this period set him firmly as a part of music history. 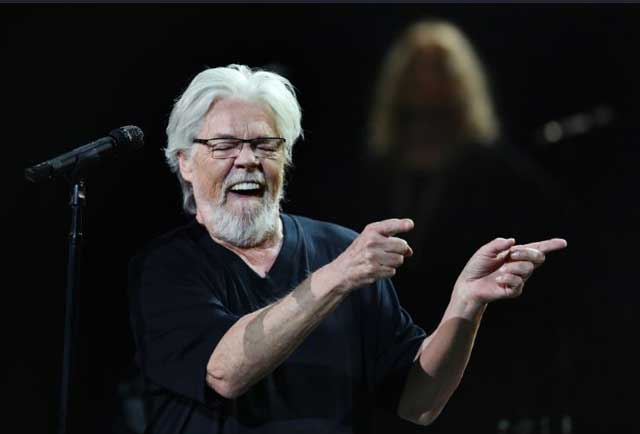 Seger’s style of ‘heartland rock’, an all American, socially conscious, roots based subgenre halfway between pop and rock was influenced by his childhood experiences of going from a comfortable middle class lifestyle to poverty when his father left the family to go to California. Seger channeled his experiences into songs such as U.M.C. (Upper Middle Class). Nevertheless, he considers himself a political centrist. His family is very important to him, as he took a sabbatical from the music industry later in life, saying about the choice to stay home: “You only get to see this stuff once. I chose to stay home and watch [my children].” He lives in a Detroit suburb and balanced his family life with his career until his final tour in 2018.