Petra March is the Award Winning Author of the A Touch of Cinnamon Series and of the stand-alone novel, A Different Kind of Lovely.
Her book, All the Skies I will not See, is a Library Journal SELF-e
Selection. The book won the 2016 Pacific Book Awards for Best Short Story, and was a Gold Medal Winner (Fiction - Short Story) in the 2016 Readers' Favorite International Book Awards. In 2015, the book was a Finalist in the 2015 Wishing Shelf Independent Book Awards, won the Pinnacle Book Achievement Award for Best Novella, earned the Literary Classics Seal of Approval, and received a 5-Star Review Seal from Readers' Favorite. The literary magazine Shelf Unbound listed All the Skies I will not See amid the 2015 Top 100 Notable Books.
The multi-award winning All the Skies I will not See features characters
from Petra March's other works: A Veil of Glass and Rain(Special Edition),
A Dream of Lilies:A Novella, and A Different Kind of Lovely:A Novel.
A Veil of Glass and Rain (Special Edition) was a Finalist in the 2016 I
Heart Indie Contest (New Adult), organized by the Las Vegas Romance Writers of America, and was featured in the June 2015 issue of the literary
publication, InD'tale Magazine; Book Riot listed A Veil of Glass and Rain amid the 100-Must-Read-Books by International Romance Authors.
A Different Kind of Lovely was awarded the Crowned Heart for Excellence by InD'tale Magazine and received a 5-star review in the September 2017 issue of the magazine; the novel was also featured in the July 2017 issue of the literary journal, Literary Yard, and in the September 2017 issue of the literary publication, Inks and Scratches: Magazine.
Petra March graduated summa cum laude in Theater and Cinema Studies at the University of Rome 3, and earned a MA degree from the Catholic University of Milan. She studied Screenwriting and History of American Cinema at UCLA and NYU, and worked as screenwriter in Italy and France, where she also taught Creative Writing in elementary schools and junior high schools.
Presently, she keeps traveling and dreaming through her novels and stories; just like Petra, her characters are deeply in love with Europe and the USA. 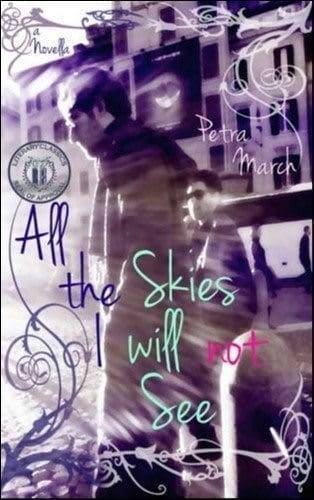 by Petra March
No Result
View All Result