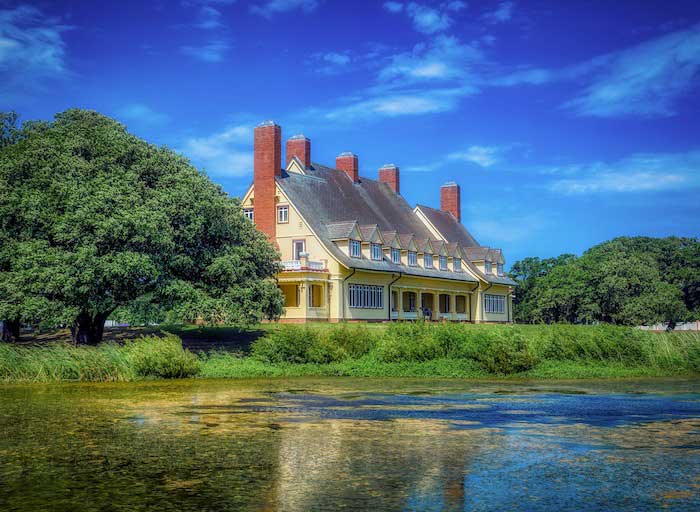 Are you hoping to plan a vacation but aren’t sure where to go? Travel restrictions are much tighter this year, but they don’t have to totally ruin your plans.

It’s time to get out and see your own backyard, the U.S.A! If you are looking for an island getaway then you might be surprised at what North Carolina has to offer you.

Keep reading to learn why North Carolina’s Outer Banks is the perfect island getaway for you and your family.

An island getaway wouldn’t be complete without a trip to the beach. There are several great options such as Kitty Hawk and Duck, but one of the most unique beach experiences can be found at Corolla.

Corolla is a unique beach that is on the border of the Atlantic Ocean and Currituck Sound. This allows visitors options for either the more energetic ocean waves where they can surf or boogie board or relax in the calmer waters where you can canoe or kayak. If you want to break out your summer read and just enjoy the ocean air there are beach cabana rentals on the Outer Banks that can help you enjoy doing just that.

In-between these two beach fronts are the beautiful forests that form a wedge between the two coastlines. Visitors to this beach area will also enjoy seeing the Corolla wild horses who call this region home.

These horses can trace their lineage back to the days of the Spanish explorations in the 1500s. The Spanish brought horses and other livestock but were forced to abandon them when they fled from the Native Americans who were protecting their land. If you would like a closer look you can join a guided tour where you can learn more about these horses and their history.

The Wright Brothers National Memorial has a newly remodeled visitor center with exhibits about aviation, interactive STEAM-based activities, and historic preservation. Visitors to the memorial will be immersed in a journey of what it would have been like to be Orville and Wilbur Wright. You will learn what their lives were like, who they were as people, and see the problems and solutions they explored to become the first men in flight.

When you enter the Flight Room you will get to see a full-sized reproduction of the famous Wright Flyer that made the first flight ever on December 17, 1903. There is also an impressive 16-screen video wall where you can footage from their early flights.

On the grounds, you can visit the spot where Wilbur and Orville took off on their first flight and follow the flight line to where it landed. Next, you can visit a reconstruction of their camp buildings and see where they lived while working on their project. This will give you a sense of what it was like to be the Wrights in 1903.

The Cape Hatteras Lighthouse is the tallest brick lighthouse in North America. The exterior features the black and white spiral which serves as an iconic warning to mariners and has done so for generations.

The current lighthouse was completed and officially lit in December 1870. There were two predecessors, the first was built in 1803 and was made out of sandstone.

The structure stood 90 feet tall and its light system was made from a collection of Argand lamps and reflectors. The beam of light and height of the structure proved to not be sufficient enough to do the job.

In 1854, the structure was raised to a new height of 150 feet and the light was reconstructed with a Fresnal lens which was the most powerful lighting system of the day. In 1861, during the Civil War, Confederate soldiers who were on the retreat took the Fresnal lens in order to keep the Union from getting hold of it.

The lighthouse suffered some damage during the Civil War from cannon fire and passing bullets. As a result, the structure began to deteriorate and led to it being demolished and replaced by the one that is now standing.

The Roanoke Island Festival Park is a celebration of the first English settlement in North America. This interactive family attraction will plunge you back into time where you can board the Elizabeth II.

The ship is a representation of one of the English ships that sailed during the Roanoke Voyage in 1585. You and your family can experience what it was like to plot a course, set the sails, and even swab the decks.

The Settlement Site lets you have a look at what life would have been like once the settlers reached their new home. You can watch the blacksmith fashion 16th-century wares, lay in an old fashioned straw and feather bed, watch some woodworking demonstrations or play some of the games from the era.

At the Adventure Museum, you and your family can explore 400 years of history starting with the Native Americans who called this area home. There is also a fossil pit where the kids can have fun digging up treasures, an Outer Banks History Center, the Museum Store, and outdoor boardwalks to walk around the site.

During the summertime, you can enjoy the summer concert series at the outdoor pavilion. With these uncertain times, be sure to check the schedule and list of closures before heading out to enjoy your day. Then you will know what to expect upon arrival.

There are so many great things to do in North Carolina’s Outer Banks. You can plan some rest and relaxation at one of the many beaches or enjoy watching the wild horses there.

You can take a step back in history and wonder what it was like to be the Wright Brothers who learned how to fly. You can pretend to be an early settler heading to the Roanoke colony, or marvel at the history of an iconic lighthouse.